Skim for this week's dose of social media inspiration!

This news shows just how serious the social giant is about taking on the likes of Netflix and Amazon, as it's using the same strategy as its competitors to lure producers into creating content exclusive to its platform.

Short-form videos will initially be exclusive on Facebook, but they will be available for sale after the exclusivity deal sunsets.

The social media landscape is constantly shifting... According to a survey by Jobvite, Instagram is playing an increasingly large role for young workers hoping to preview the culture of the companies they're applying to work for, even eclipsing LinkedIn as the social network where prospects age 18-29 preview companies they're interest in.

Brands should consider creating a separate Instagram account that highlights the culture of their company, or find a way to work in such posts into their regular content calendars for the platform. 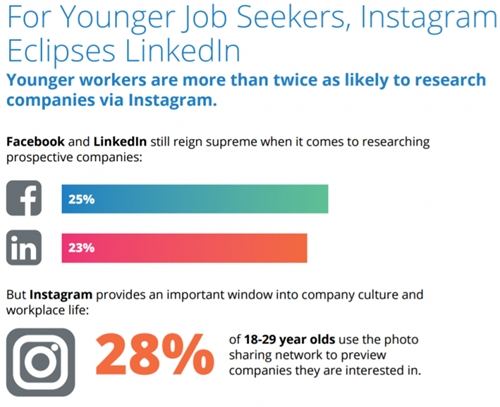 E-sports have been relatively untouched until now by Facebook, but the social network's recent deal with global e-sports company ESL will bring over 5,500 hours of events and original content to the platform.

Amazon's Twitch, the leading e-sports livestreaming social platform, could face stiff competition in the wake of Facebook's recent news, as e-sports companies like ESL have the opportunity to expand and reach a broader audience thanks to Facebook's immense user base. The e-sports industry is expected to generate $1.488 billion by 2020.

Don't want to send that Story to literally every one of your Snapchat friends? Want to send it only to friends who are near you? Now you can, with Snapchat's introduction of Custom Stories, which allow users to send Stories to a preselected group of friends or family, as well as determine who among your friends receives a Story based on their geolocation.

The new Custom Stories could be a great option for branded events or conventions, allowing organizers to set up a Story that all attendees could add to, creating the ultimate recap of highlights and all the best moments.

For all details ranging from setup to group permissions, find them here!

The social giant may be on its way to proving it can be a jack of all trades, and it's taking on the likes of UberEats and Grubhub in doing so. Facebook has rolled out a new "Order Food" feature on its mobile and Web platforms, with restaurants that partake in Delivery.com's or Slice's services populating in search results when users query for food in their area.

Users are then able to consult photos, pricing information, ratings, and delivery or pickup options. What do you think? Would you find ease in ordering your pizza directly via Facebook, or would you stay loyal to your current delivery service?

Based on its existing Promoted Video ad format and following in the footsteps of Facebook, Pinterest's got a new ad unit that brings autoplay videos to users' home feeds and search results. The visual discovery platform has tested the ad type with big names, including Procter & Gamble, Toyota, and Adidas, and the new format will be available to advertisers in the US, the UK, Canada, Ireland, Australia, and New Zealand in the "coming months."

7. Facebook takes fundraising out of beta and makes it available to all

The social network originally introduced a beta version of a personal fundraising feature back in March, and now it's apparently ripe for rollout to all users 18 and over.

Users can select from eight categories—from education and medical to crisis relief and sports—and give raising money for a cause on Facebook a shot. Facebook users can choose to raise money for themselves, for someone else, or for something or someone not on Facebook.

Personal fundraisers are subject to a 24-hour review period by the social giant, as well as a 6.9% plus $0.30 fee to cover payment processing, vetting, security, and fraud protection.

8. Instagram encourages users to archive instead of delete with new feature

You yourself might be guilty of deleting an Instagram post that didn't meet your desired "likes per minute" ratio, and Instagram doesn't like that, for obvious reasons. Now, the Facebook-owned social network is testing an archive feature in the top right of user's profiles that allows them to hide posts—and restore them, if desired.

Instagram this year introduced a copy of Snapchat's Stories after realizing that users found its platform as one for sharing only the "highlights" of their lives, and wanted to encourage more regular sharing. Rather than having users permanently deleting content and then regretting it afterward, Instagram hopes the new archive feature will lead to more content being shared and... reshared.

9. Netflix is creating a movie based almost entirely on a social media meme

A photo of Grammy-Award winning singer Rihanna and Academy-Award winning actress Lupita Nyong'o at a fashion show two years ago incited a Tumblr user to caption it with "They look like they're in a heist movie with Rihanna as the tough-as-nails leader/master thief and Lupita as the genius computer hacker."

The meme resurfaced last month with Rihanna and Lupita getting on board the project via a couple of tweets, and before we knew it... Netflix won a bid at the Cannes Film Festival to develop the film.

The moral of the story: Basically, social media works in mysterious ways... and we can't wait to watch.

I'm down if you are @rihanna https://t.co/vwHBWeCbFZ

A much higher rate of engagement than Facebook. That's the word from social media analytics company SocialBakers, which took into account over 144 billion engagements on both platforms and found that brands fare far worse than media and news publishing companies on Facebook.

Whereas media accounts take the top slot in engagement, brands come in well below community groups, celebrities, and entertainment brands, leaving everyone else with almost no engagement on the social network.

On Instagram, which is much less news-oriented, brands receive four times the rate of engagement they do on Facebook. 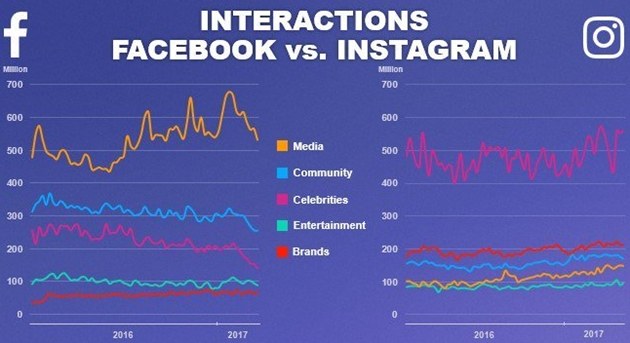 If you're suddenly presented with the opportunity to like your friend's Instagram photos when scrolling through your Facebook News Feed, don't be surprised. Facebook announced an integrated inbox for the platforms back in November—which meant business pages could respond to comments and messages on both social networks in just one place—and now the social network seems to be synchronising its platforms even more.

Facebook representatives claim the change is a small test, but we think there's more to come, and that could be a good thing for social media and community managers. 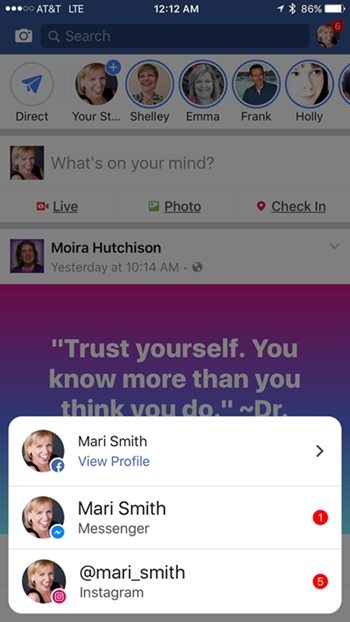 The Royal Society for Public Health in the United Kingdom conducted a survey of nearly 1,500 young people age 14-24, and it has deemed Instagram and Snapchat the most detrimental social networks for wellbeing—for mental health issues ranging from anxiety and depression to self-identity and body image.

After the study also found that more than two hours per day led users to increasingly report poor mental health, the UK organization suggested warning labels for digital content that has been altered, as well as possible popups to alert users that they've been online too long.

As the conversation around social media and mental health continues to gain traction, brands will need to pay particular attention to how they promote their products and services.