This week's 'Skim: Snapchat adds key new business-friendly features in a bid to keep Instagram at bay, also makes On-Demand Geofilters easy; Facebook successfully completes drone test meant to bring Internet access to rural populations, and it launches new transparency metrics to increase brands' trust; boosting traffic the right way with Instagram Story Ads; how Instagram is driving sales for publishers and could for you, too; how teens use social media and what it means for the future; and much more...

Skim for the latest tips and tricks!

A swarm of new Snapchat features was released in the app's latest iOS and Android update to help keep it one step ahead—or at least even—with Instagram.

The new Paperclip tool lets all users add links to their Snaps for followers to swipe up and open them in the platform's internal browser. Backdrops enable users to cut out a part of their Snap and place a colorful, artsy background behind it to make it stand out. And voice filters, previously only a part of certain augmented reality filters, let users remix the audio in any of their Snaps. The battle rages on.

The social media giant has officially completed the second test of its Internet beaming drone, Aquila. And this time it did it without crashing.

Facebook plans to develop a line of solar-powered drones like Aquila to provide Internet access to people in remote parts of the world. The successful test occurred in May in Arizona. It seems to push the social network closer to achieving its goal of connecting people everywhere. Via Facebook, of course.

3. How to boost conversions and traffic with Instagram Stories Ads

Instagram has expanded the capabilities of Stories Ads to meet four specific objectives for marketers, including not only video views and mobile app installs but also conversions and traffic. That's right, if it's done skillfully, you can actually send traffic to your website, optimizing for conversions and possibly boosting sales.

New calls to action and direct links to brand websites and apps mean businesses no longer have to hope that users track down their pages based on a fun Story they've posted, but that doesn't mean the new tools make getting them to the site foolproof. From selecting the right objective, to best-practices from those who've been there already and done that, Social Media Examiner has a great piece to give you a jump start. 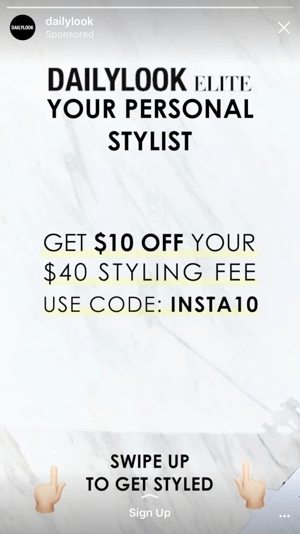 Trouble connecting to Facebook out in the countryside? Data plan too limited? Facebook wants to help you stay connected to its platform, and so it's rolling out its new Find Wi-Fi feature worldwide on Android and iOS.

The new option, discoverable in the "More" tab at the bottom of the mobile app, alerts users as to the closest public Wi-Fi access points, and thus also helps them discover new local businesses. To appear on the map, businesses must first claim their Wi-Fi networks within the "Edit Page Info" tab on their Facebook pages.

A series of mismeasurements exposed on Facebook eroded some marketers' trust in the reliability of performance metrics on the platform, and so it has announced additional metrics to increase transparency.

The first measures how ads increase website traffic by reporting how many people visit a landing page after having clicked on an ad, and another new feature, dubbed "pre-impression activity breakdown," will compare new visitors to old ones. Three other metrics: how many follows a page gets overtime, how many people reviewed a page without clicking on it, and how many times a user recommends a page to friends.

6. Snapchat wants everyone to create their own geofilters

In February introduced On-Demand Geofilters, which allow users to create their own Snapchat overlays and define a location and date range to run them. Now, the company wants to make it even easier for US users to make and purchase them, and lets users do so without ever having to leave the app .

Accessible via the settings section within Snapchat, the new section lets Snapchatters select from a list of preset occasions, customize their filters from a template, specify a time and location, and submit them to the company for approval.

Prices for On-Demand Geofilters start at $5.99, meaning it could be a great mechanism for your brand to include for its next B2B event or conference, or even that next office party you'll use to showcase your company culture on your blog or Instagram feed.

7. How teens really use social media, and what can it tell us about its future

Sometimes we might get so caught up in our own business-centric social media world that we forget to keep a finger on the pulse of the people who'll change it in the future. Recode's podcast "Too Embarrassed to Ask" did just just the opposite, and exposed some habits that could shift the social media landscape we're familiar with.

The podcast's approach, although not scientific, found not only that Facebook Messenger might be only a forced choice of teens because not all their friends have an iPhone with iMessage, but also that teens would likely delete Snapchat before Instagram. Music.ly and Houseparty are seen as short-term apps doomed to stagnate, and a "finstagram", or "finsta," is a second account created by teens on Instagram where they can feel free to share more intimate or silly posts behind the shadow of a more secret account. These insights might just help us predict the future of social, so you should keep watching.

Many publishers are finding that Instagram is taking the second most important slot in its social media strategy behind Facebook. For example, Thought Catalogue is generating upwards of 60% of its sales by pushing users from Instagram to its e-commerce site. That might also be why Nike announced plans to sell its products on the platform.

The key for brands is getting their Instagram account verified, indicated by a little blue check mark, which enables them to add links to their Instagram Stories that bring users directly to the brands' own Web properties. Doing so can jumpstart app downloads or website visits, and brands can narrow their objectives to meet their business goals.

Facebook is reportedly working on a way to get its two billion users to connect more often, via video. Its standalone app, codenamed Bonfire, was recently demonstrated for employees, and takes features directly from Facebook's Houseparty app, which encourages its users to hang out together via group video chat.

Facebook is no stranger to trying out new apps; and although it's seen mixed results, the company's obsession with video and new mission statement that emphasizes building tight-knit communities seem to foreshadow what will come next.

Bonfire could be the next big thing in social media, but we'll have to wait to see just how it plays out.

Retweeted over 300,000 times and liked roughly 500,000 times, President Trump's latest statement to stun Capitol Hill and the media alike came in the form of a tweet. The video, portraying an old clip of a real Trump cameo on WWE Wrestlemania with the CNN logo superimposed over the head of his opponent, shows Trump taking CNN down... literally.

The president's retweet from his personal Twitter account, accompanied with "FraudNewsCNN" and "FNN," is one of his most shared and retweeted pieces of Twitter content to date, and cements the social media platform as the president's preferred medium of communication directly with the public. Many, however, didn't take it lightly.