This week's 'Skim: Facebook tests a full-fledged résumé feature for users, also acquires popular feel-good social media app tbh; all you need to know about LinkedIn's brand new mobile video ads; why you shouldn't miss out on LinkedIn Website Demographics; Vine founder's addictive new social trivia app that could skyrocket to the top of the charts; Facebook launches food delivery ordering; why your employees could be more powerful than paid influencers; eight great ways to improve your Instagram Stories; and much more...

Skim to stay a step ahead!

It's no secret that Facebook would be happy to take a chunk of LinkedIn's professional user base, and a recently surfaced screenshot suggests the social network is ready to do just that. Facebook's apparently working on a way for users to build and maintain a resume or CV on their profiles that outlines their education, experience, contact information, and specific projects.

It's not the first time that Facebook has dug into the professional networking space. Users can already include education and work history in their profiles, but this is the first time a test appears to go as far as including a "resume" section. No word on whether this means such a capability will roll out to all users, but we don't have a reason to think otherwise. 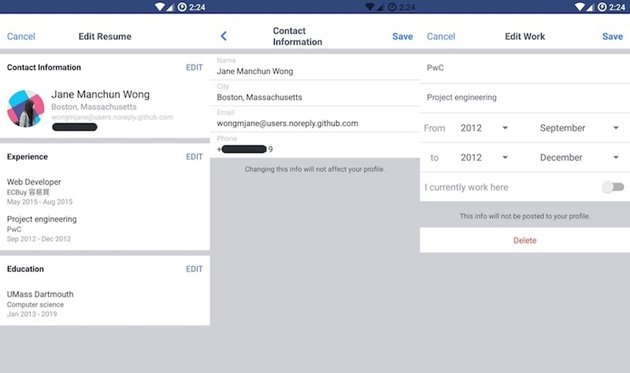 The professionals' social network introduced a native video capability for users just over two months ago, and marketers will be able to place mobile ads as Sponsored Content on the new feature starting in 2018.

Advertisers will be able to upload their videos via Campaign Manager, with audience targeting options remaining the same as those already available for other LinkedIn ads. For now, available metrics will include view count as well as a breakdown of views by percentage of video viewed, with new metrics to come once the closed beta is complete.

LinkedIn might be behind the times in video, but that doesn't, by any means, make this move insignificant for B2B marketers. 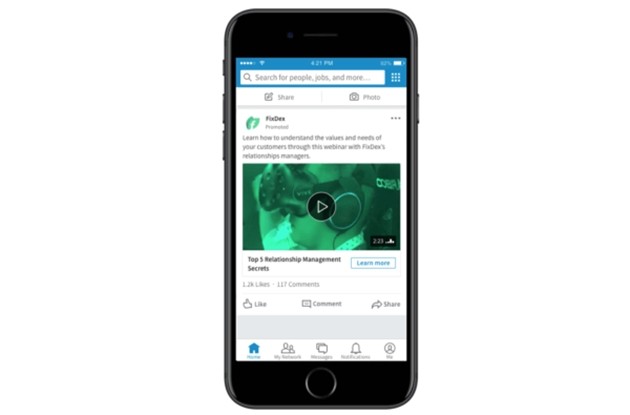 3. Facebook buys its way to positivity with acquisition of tbh

Chart-topping social app tbh, which encourages users to provide anonymous, self-esteem-boosting compliments to their friends, was acquired by Facebook this week.

The app is only nine weeks old, but its 5+ million downloads in that short time apparently impressed Facebook enough to purchase it and bring tbh's four-person team on board as Facebook employees. tbh will remain a standalone app, but it should have more resources thanks to gigantesque Facebook.

It's unclear at this point, however, whether Facebook has grand plans for expansion, or this was simply a quick snatch before Snapchat had a chance to act.

Setting up LinkedIn Website Demographics is key to helping your brand get more out of the platform and provide exactly the types of insights about your audience and website visitors to effectively retarget them with LinkedIn Ads. But how does one set it all up?

If you haven't quite ventured into the LinkedIn advertising, creating an account for your business and selecting your first ad format is just the beginning. From placing LinkedIn's Insight tag onto your website so visitor data can be collected, to drilling down and creating audiences for specific segments of your website traffic and retargeting them as desired, all the details you need are at Social Media Examiner.

5. The creators of Vine have a new app, and it's the freshest thing we've seen in a while

Introducing HQ, a new trivia app from the founders of Vine that blends the fun of Facebook Live with the addiction of Who Wants to be a Millionaire. The iPhone-only app has two daily "tune in" times when users can access live trivia games, in which they can compete to answer the questions for their chance to win cash prizes.

Players who answer a question correctly within 10 seconds advance to the next round; those who answered incorrectly are still able to comment and watch until the end.

With Hollywood production value, a sense of urgency, and an addictive, twice-daily livestream, HQ might just prove to be one of the freshest, and social, ideas for apps we've seen in a while.

6. How micro influencers can help your brand find a niche

As organic reach continues its decline on social networks, big brands can afford to mitigate the problem by increasing their budget for influencer marketing. But, due to budget constraints, many small and midsize businesses, as well as those with more niche B2B audiences, often fall to the wayside without a solution to stretch their dollar as far.

Unity Influence recently raised $1 million to bolster its automated micro influencer platform that should give smaller brands the ability to seek out niche influencers in their industries to benefit from higher engagement rates (at a lower cost) than those of big-name influencers.

The most attractive part? The company charges only $200 per campaign, bringing influencer marketing into reach of brands that were previously put off by costs in the thousands of dollars.

7. Hungry but too tired to get off the couch? Facebook's got you covered

Just when we thought it impossible, Facebook found yet a new way to keep users on its app: food delivery. The social network has officially rolled out the ability for US users to start a food-delivery order directly from a restaurant's Facebook page, a move that might see more people searching for, and discovering, restaurants via Facebook, yet still drive traffic back to one of Facebook's partners' delivery platforms, like GrubHub and DoorDash.

Users who choose to begin an order on Facebook will be redirected via an in-app browser to a partner's delivery service. The social network is also partnering directly with big chains like Chipotle, Five Guys, and Panera to redirect users to their delivery platforms.

The new feature isn't a huge step toward taking on food delivery services like Seamless since Facebook isn't serving up the ordering platform itself, but it might indicate where the social network hopes to go, and grow.

8. Why your employees should be your social media advocates

Research from SocialReacher finds that a brand's own employees will play an increasingly important role in influencer marketing in the coming years, and that's something your social media marketing team needs to consider.

Employees have not only the opportunity to share your business with new audiences but also the ability to do so in a credible way that external influencers often cannot. Consumers trust branded content shared by family and friends more than advertisers, and the surprisingly significant reach of your employees' social media accounts could play a major role in driving your message.

Check out the full infographic to see how employee advocacy on social media can drive engagement and awareness for your company. 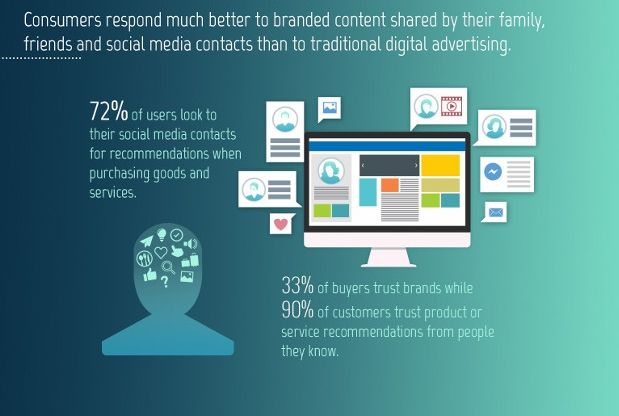 Ever missed the 24-hour window Instagram gives you to post photo and video content from your phone's camera roll as a Story? Or recorded a video at a trade event or conference that just doesn't fit to Instagram Stories' specs?

Fear no more. Social Media Examiner has an exhaustive list of eight amazing apps to not only fix these headaches but also help kick your brand's Instagram Stories up a notch—from adding animated text overlays and converting videos from landscape to portrait, to making video collages and editing your vertical videos. Check out all the ways to wow your Instagram audience!

You probably saw your social media news feeds filled with "#MeToo" this week, sometimes with an explanation, and at other times with no context at all. But thanks to social media, "me too" reverberated around the globe, bringing with it harrowing stories of sexual harassment and assault, as reported by your friends, your neighbors, your daughters, and your colleagues.

Originally suggested by Alyssa Milano as a way to show the magnitude of sexual harassment in light of the Harvey Weinstein scandal, users (men, too, but mostly women) took to social networks to mark themselves as having been harassed, and to raise awareness of a problem we've yet to effectively address.

Within the first 24 hours, #metoo generated over 500,000 mentions across Twitter, Facebook, and Instagram. Perhaps this social revelation might bring about some meaningful change, and destigmatize an issue that many find difficult to speak up about.

If you've been sexually harassed or assaulted write 'me too' as a reply to this tweet. pic.twitter.com/k2oeCiUf9n