Where Influencers Wield the Most Influence [Infographic]

People in Brazil, India, and China are the most likely to say they've bought something because a celebrity or influencer promoted it.

That's according to a survey conducted by Statista of people ages 18-64 in eight countries: Brazil, China, Denmark, India, Italy, Japan, the United Kingdom, and the United States.

An infographic (below) summarizes findings from the survey.

It looks at the share of respondents in each country who say influencers affected their product purchases and compares the results with findings from a similar survey conducted in 2021.

Check out the infographic: 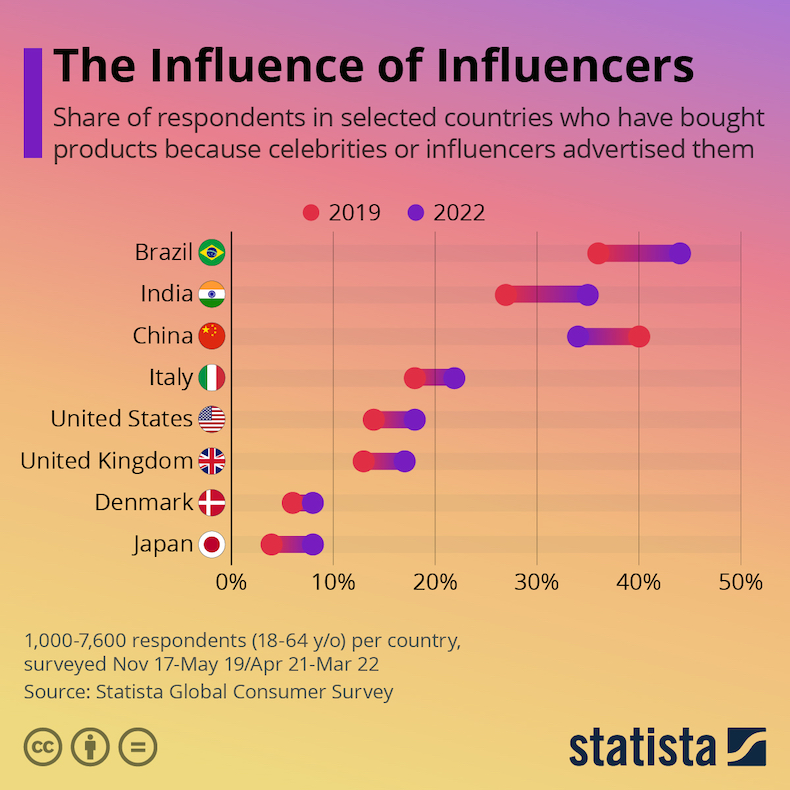