Homepage ads on Facebook that have social media context—that is, they include the names of users' friends who are already fans of the brand—are 4.0 times more likely than those that don't to increase purchase intent of a product or brand, twice as likely to increase awareness, and 1.6 times as likely to increase recall, according to a study conducted jointly by Nielsen and Facebook. 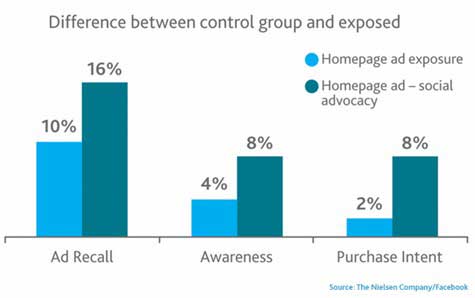 The study examined the effectiveness of three types of media on Facebook: 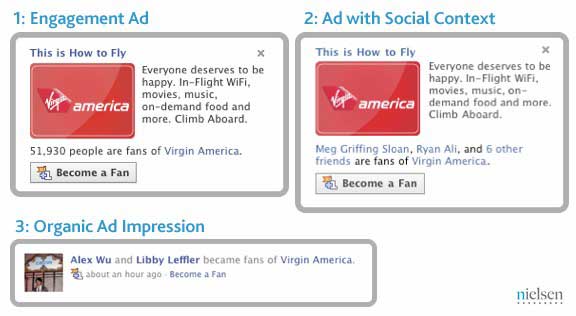 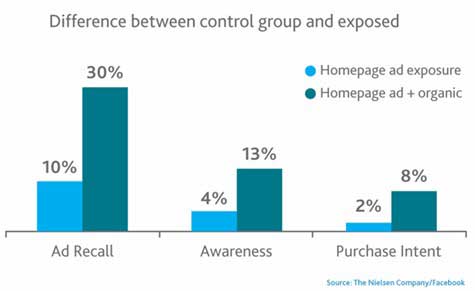 Meanwhile, product or brand awareness was on average 3.3 times higher among consumers exposed to both homepage ads and organic impressions; purchase intent was 4.0 times higher.

Recall, awareness, and purchase intent continue to increase even after 10 or more exposures to an organic message. That finding is in great contrast to the four impressions that usually influence growth in such dimensions for standard display campaigns, according to the study. 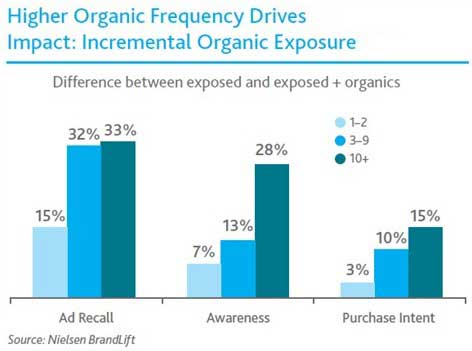 Moreover, the jump in awareness between those consumers exposed to between three and nine organic messages (13%) and those exposed to 10+ messages (28%) is a sizeable 15 percentage points.

About the data: Finding are from the joint Nielsen and Facebook report titled Advertising Effectiveness: Understanding the Value of a Social Media Impression, which analyzed survey data from more than 800,000 Facebook users in response to more than 125 Facebook ad campaigns from 70 brand advertisers over a six-month period.