In addition, fans are 41% more likely than non-fans to recommend a fanned product to their friends.

Below, other findings from the Value of a Facebook Fan: An Empirical Review, issued by Syncapse in association with hotspex.

Among 20 top Facebook brands studied,* the average annualized value of an individual fan is $136.38. The five measured variables that contribute to that value are product spending, brand loyalty, propensity to recommend, brand affinity, and earned media value: 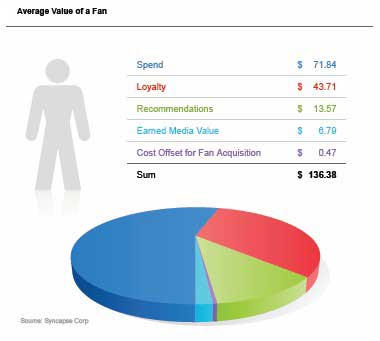 Among the 20 top brands, McDonald's registered the largest variability in annualized spending between fans and non-fans, with fans reporting spending $159.79 more per year than non-fans.

In contrast, Oreo registered the lowest variability in spending between fans and non-fans, with fans reporting spending just $28.52 more per year than non-fans. 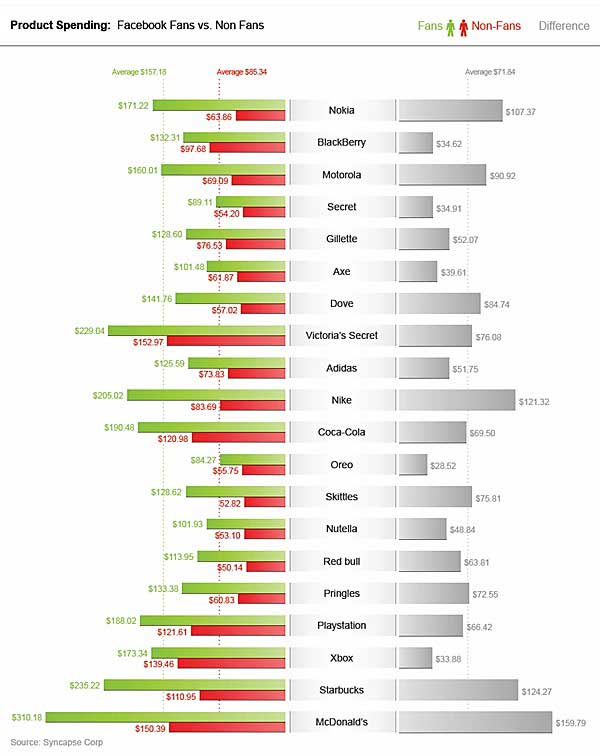 The study examined the top 20 brands for fan interaction and activity across four other categories, including brand loyalty, propensity to recommend, brand affinity, and value per fan.

About the data: Data was collected from over 4,000 panelists across North America in June 2010 via online panel.