Half of Internet users (50%) say they are worried about the amount of personal information about them that is online—a figure that has jumped from 33% who expressed such worry in 2009, according to a recent report from the Pew Research Center's Internet and American Life Project.

This concern has increased among all demographic groups, and it is especially pronounced with Internet users ages 65 and older and those living in households earning less than $30,000.

Most of those surveyed believe that key pieces of personal information about them—such as photos, email addresses, and birth dates—are available online and are easily accessible. 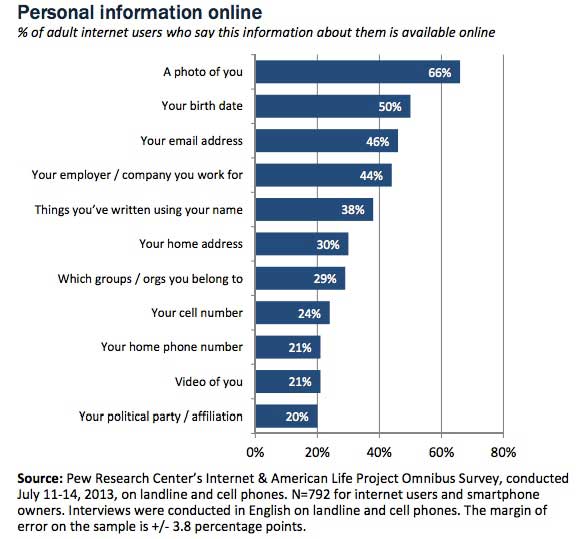 Below additional key findings from the report, which was based on a survey of more than 1,000 Internet users in the United States. 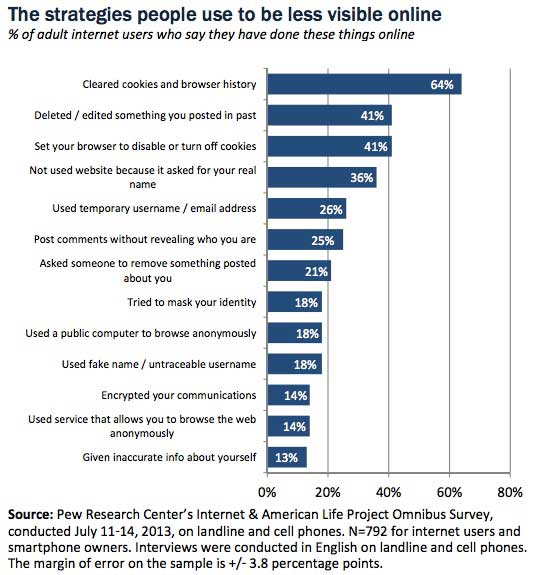 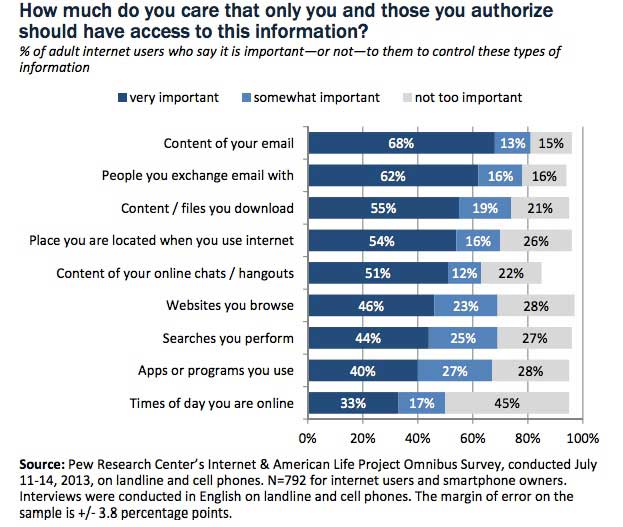 About the research: The report was based on data from a telephone survey conducted in July 2013 of 1,002 US adults ages 18 and older.