The Companies With the Best (and Worst) Customer Service Ratings

USAA has earned the highest customer service ratings from US consumers for the second year in a row, according to a recent report from Temkin Ratings.

The company's banking operations took the top spot and its insurance business tied with Amazon for second place in the rankings. The rest of the top 10 companies with the highest customer service ratings are Chick-fil-A, Publix, H-E-B, USAA (credit cards), credit union, Starbucks, and Costco.

Comcast had the lowest customer service scores for both its Internet service and TV service businesses. The rest of the companies in the bottom 10 are Highmark, Time Warner Cable, Coventry Health Care, Charter Communications, Verizon, HSBC, US Airways, and Qwest.

The report was based on feedback from 10,000 US consumers who rated 233 organizations across 19 industries on the quality of their customer service. Each company was assigned a score by taking the percentage of consumers who rated the organization's customer service with a 6 or 7 (very satisfied, satisfied) and subtracting the percentage who responded with 1, 2, or 3. 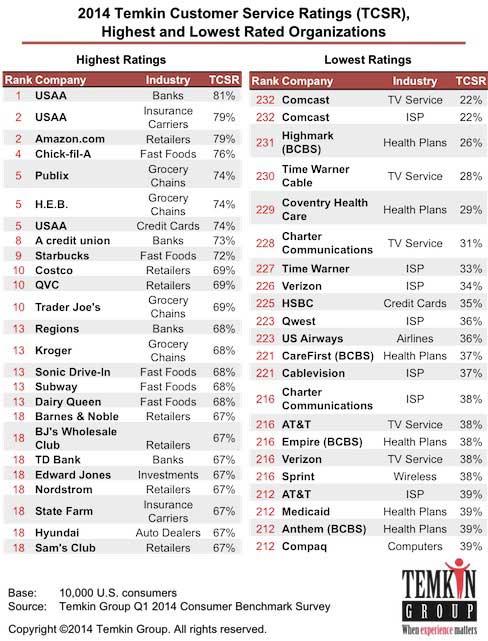 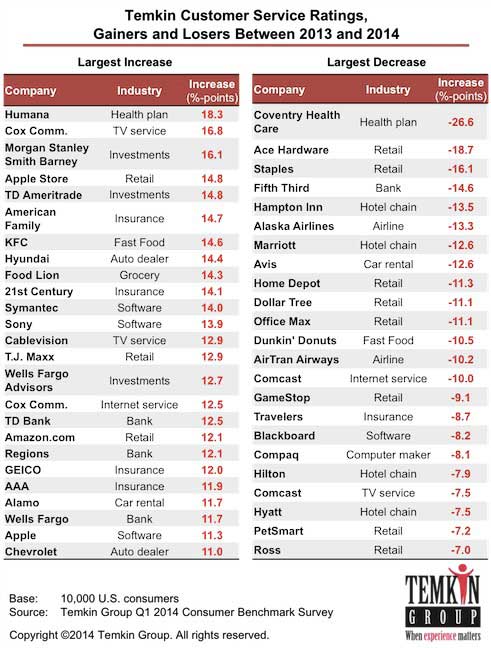 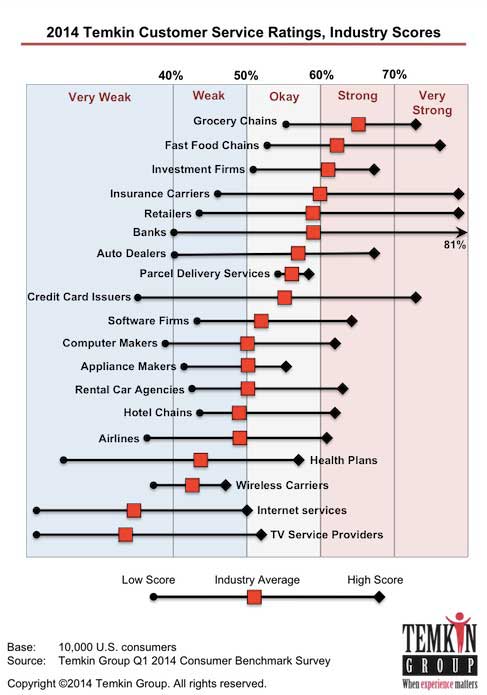 About the research: The report was based on feedback from 10,000 US consumers who rated 233 organizations across 19 industries on the quality of their customer service.