Companies are attracting an increasing number of consumers on Twitter, with brands recording an average of 43% increase in followers last year, according to a recent report from ExactTarget Marketing Cloud.

Four industries in particular significantly increased followers in 2013: technology and manufacturing (up 93%), retail and e-commerce (75%), CPG (55%), and financial services (55%).

Below, key findings from the report, which was based on data from 3.6 million tweets (paid and organic) sent in 2013 by companies in 15 industries. 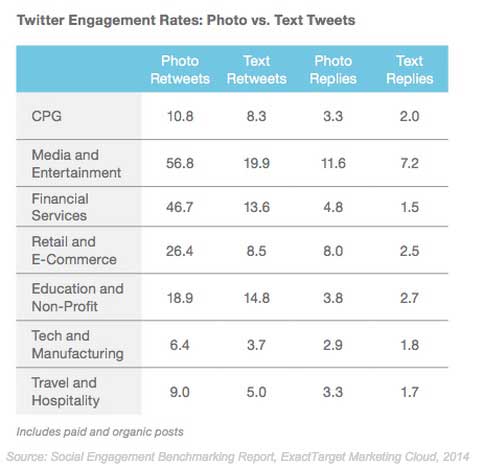 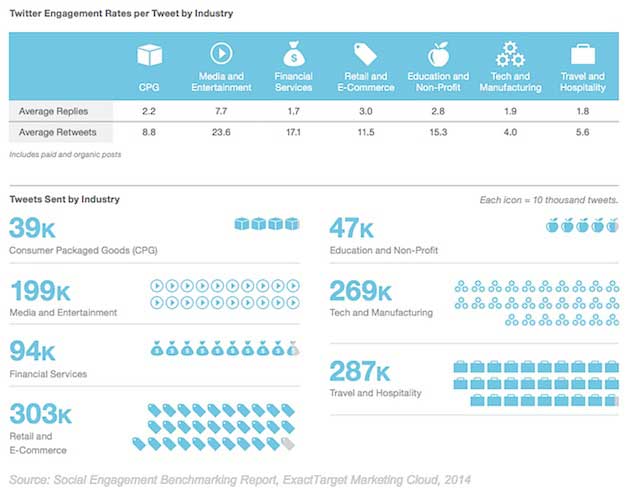 Engagement by Day and Time 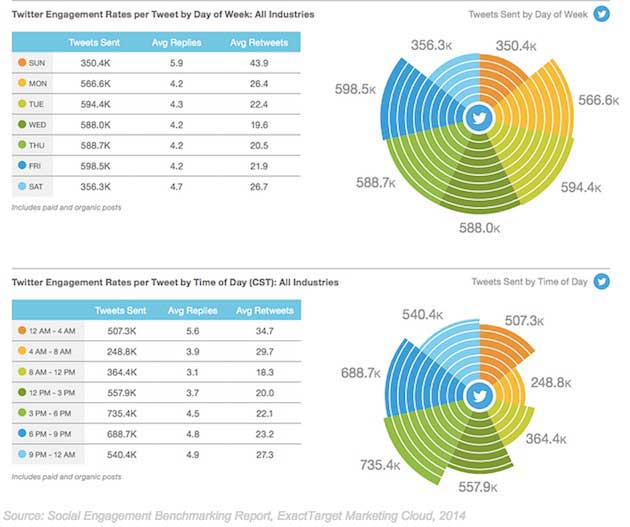 About the research: The report was based on data from 3.6 million tweets (paid and organic) sent in 2013 by companies in 15 industries.