Marketers are increasingly uploading videos directly to Facebook rather than using YouTube links in their posts, according to a recent report from Socialbakers.

YouTube embeds accounted for the majority of video posts by brands on Facebook at the beginning of 2014, the analysis found. However, as the year progressed, marketers began to steadily upload more and more videos to Facebook directly, with a 50% increase from May to July.

At that rate of growth, directly uploaded Facebook videos would surpass YouTube embeds by the end of the year. 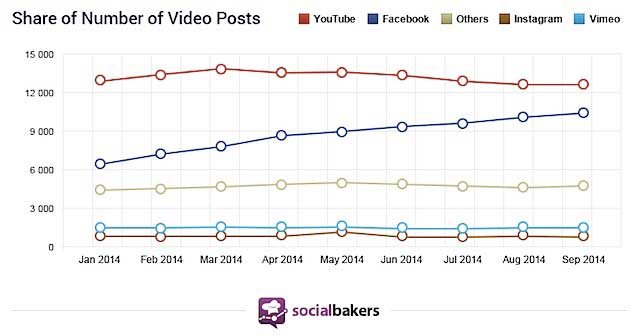 Videos uploaded directly to Facebook have also been garnering an increasing share of interactions (comments, likes, shares, etc.) from consumers, the analysis found. 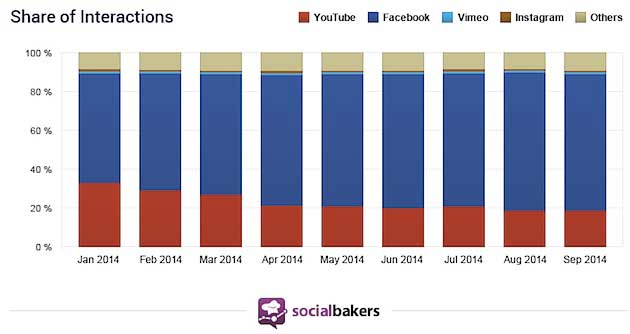