Facebook remains by far the most popular social media site in the United States, according to a recent report from the Pew Research Center's Internet and American Life Project.

Some 71% of Internet users in the US are on Facebook, the September 2014 survey found. However, growth seems to have plateaued: The proportion of online Americans on the social network has remained steady since August 2013.

Every other social media platform measured—LinkedIn, Pinterest, Instagram, and Twitter—registered significant user growth in the US between 2013 and 2014.

LinkedIn continued to grow among groups with which it was already popular, such as professionals and college graduates, whereas Twitter and Pinterest increased usership across a mix of demographic segments. 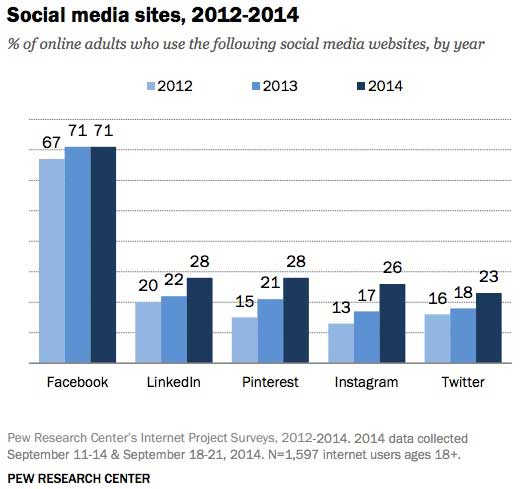 Although domestic user growth has slowed, Facebook’s large base of US members continues to be very active compared with those of other social networks: 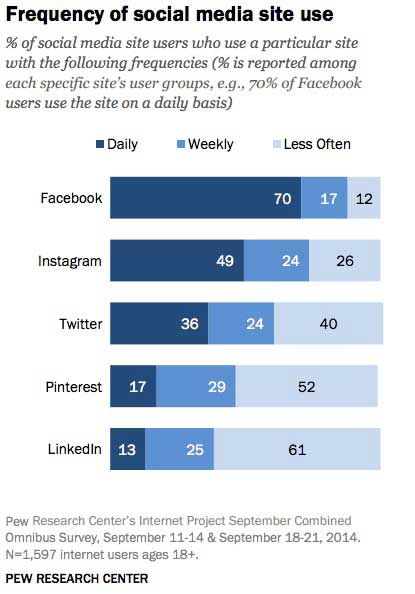 Below, demographic information for each major social network from the report, which was based on data from a nationally representative sample of 1,597 Internet users in the United States age 18 and older. 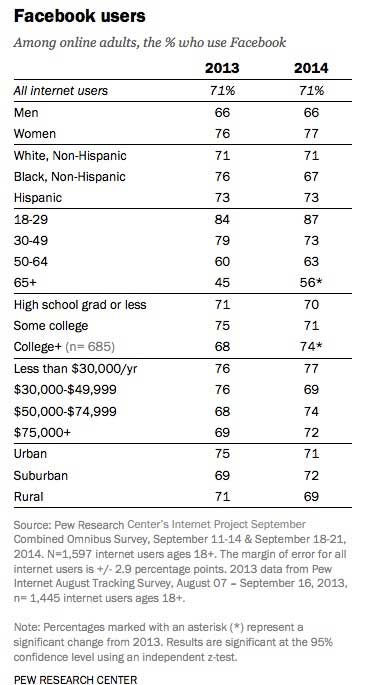 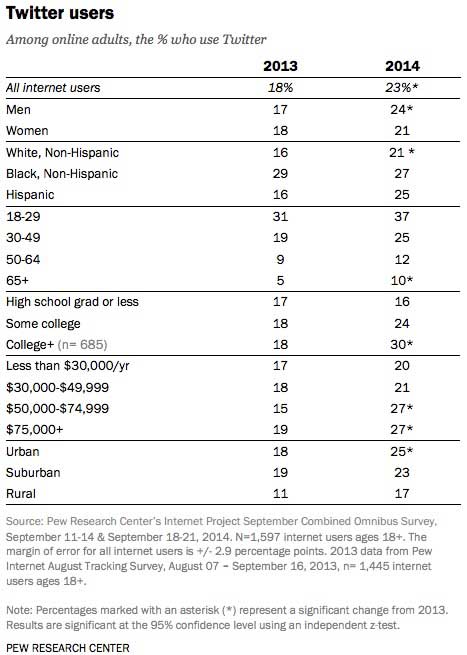 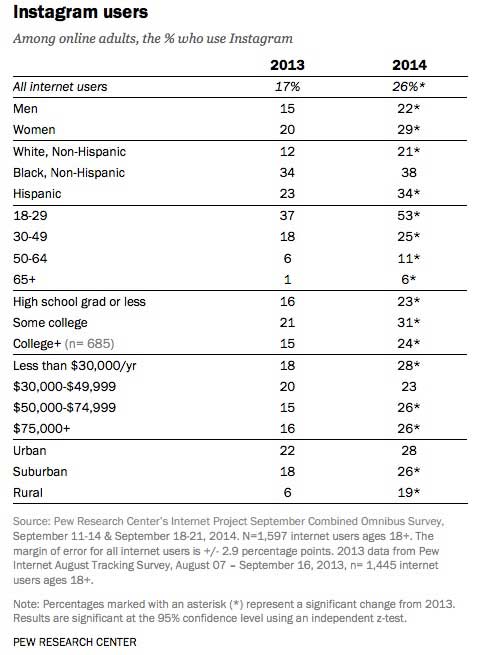 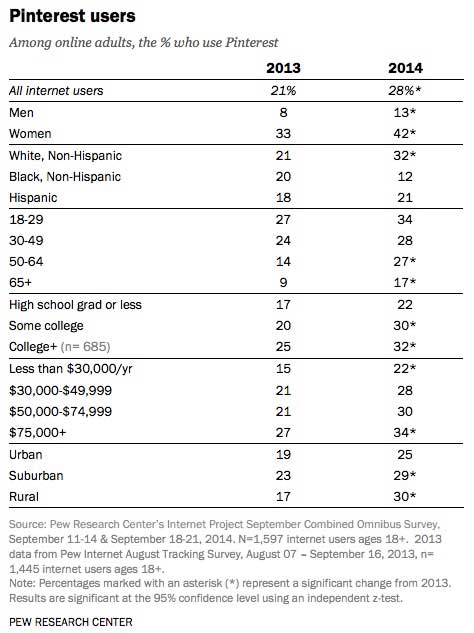 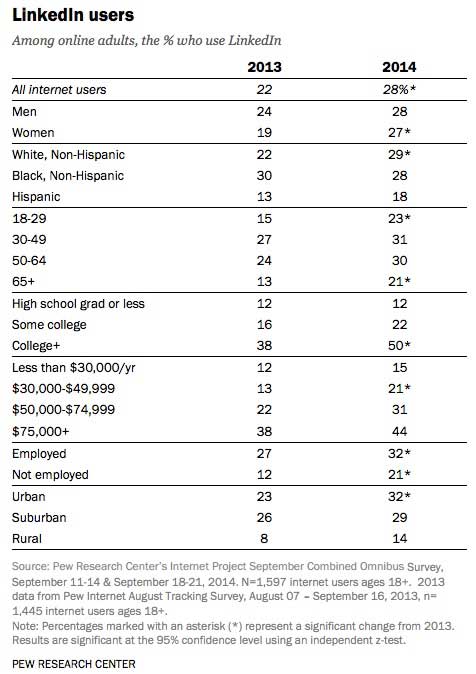 About the research: The report was based on data from a nationally representative sample of 1,597 Internet users in the United States age 18 and older.