Which types of content are brands sharing most often on Facebook? Do engagement levels vary by post type? How many posts are businesses creating on average per month? Has the number of video posts increased significantly this year?

To find out, Quintly examined more than 80 million Facebook posts (photo, video, link, status, and other types) shared between June 2014 and June 2015 by more than 100,000 accounts.

Some 45% of the Facebook posts examined were links, 44% were photos, 8% were status updates, and 3% were videos. 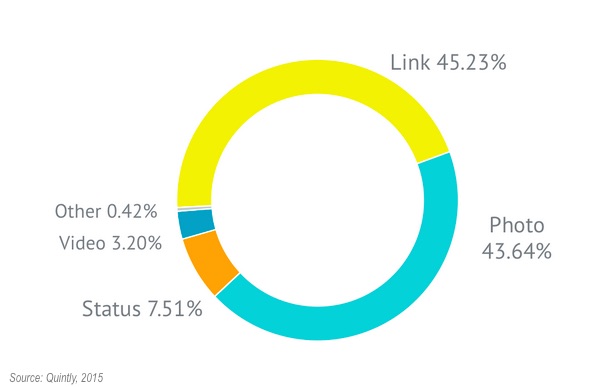 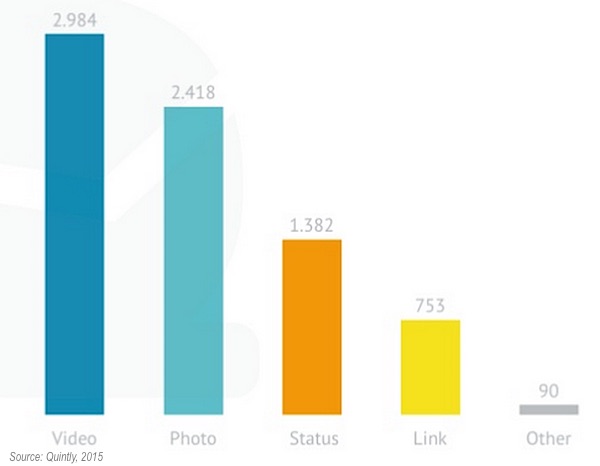 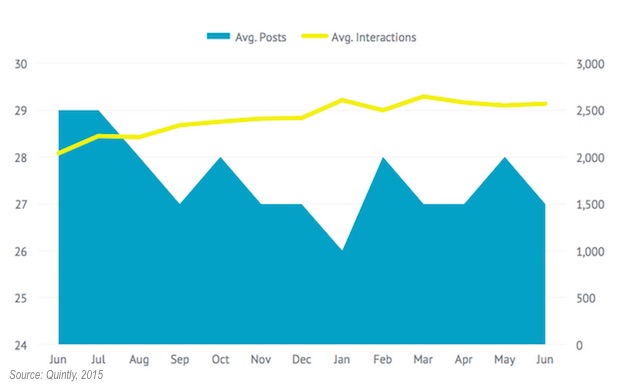 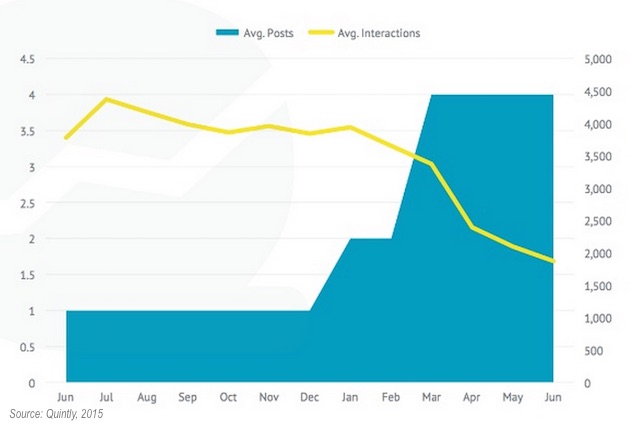 About the research: The report was based on an analysis of more than 80 million Facebook posts from 100,000 accounts shared between June 2014 and June 2015.