How Businesses Are Using Events to Reach Customers

Conferences, tradeshows, and webinars are the top three event types that businesses take part in to engage with current or potential customers, according to a recent report from Demand Metric and Attend.

Some 80% of the businesses surveyed say they either host or take part in conferences, 69% host/attend tradeshows, and 55% take part in webinars. 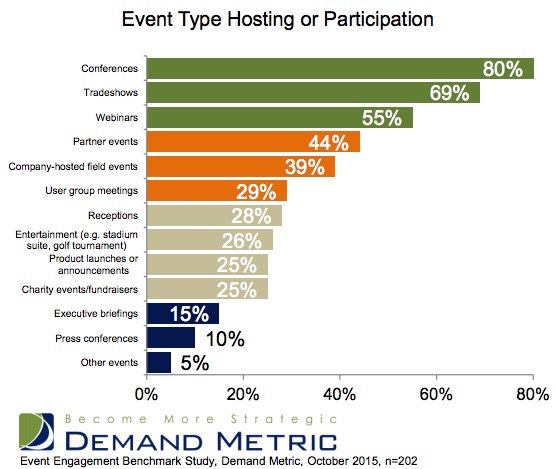 Nearly three-quarters (73%) of respondents say events are one of the better sales and marketing approaches that a firm can employ to engage customers. 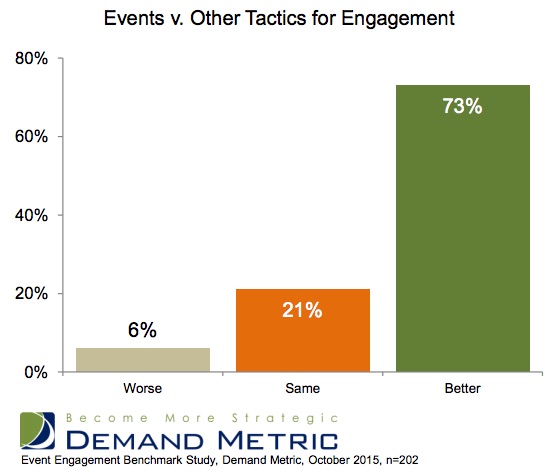 Some 65% of respondents say that less than half of their new customers are reached via events. 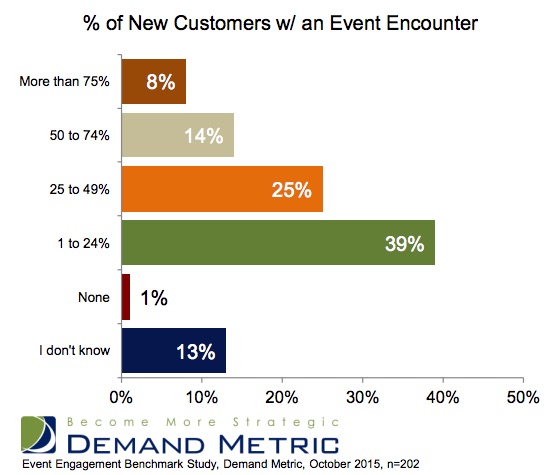 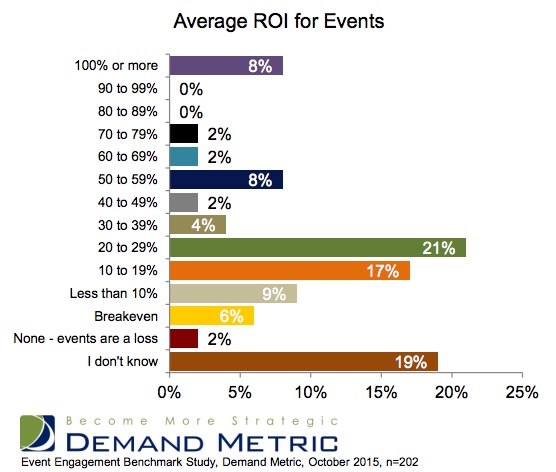