Recipes are the most repinned content type by consumers on Pinterest, according to a recent report from quintly.

The report was based on an analysis of third-quarter 2015 data (pins, repins, comments, and likes) from the Pinterest accounts of 220 brands.

More than one-third (35%) of all repins examined by the researchers in 3Q15 were recipes, even though recipes made up only 9% of total pins. 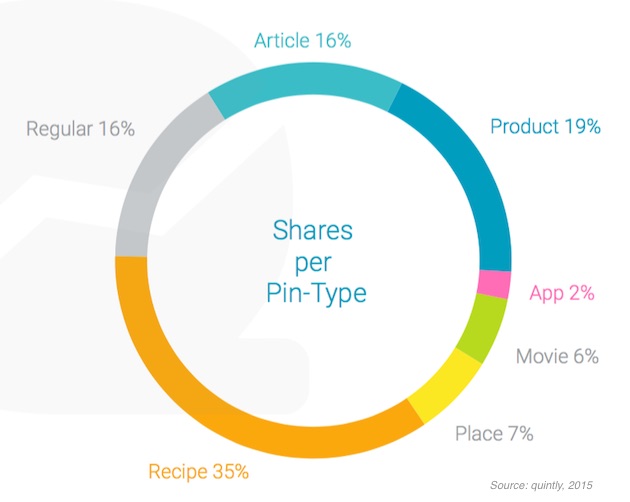 Recipes received 62 repins on average in 3Q15, compared with 33 repins for products on average and 29 for articles, according to the analysis. 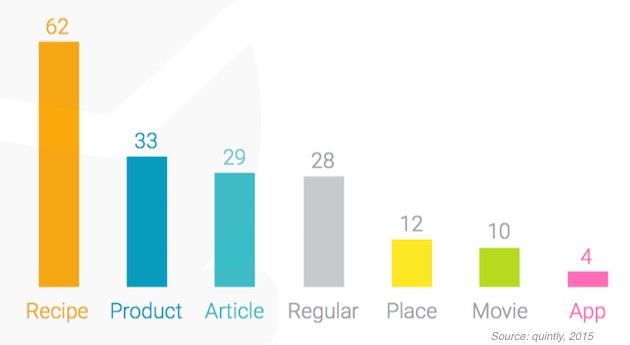 Some 93% of interactions on Pinterest in 3Q15 were repins, the analysis found; the rest of the user engagement was made up of likes and comments.

About the research: The report was based on third-quarter 2015 data from the Pinterest accounts of 220 brands.