Why Consumers Complain About Brands

Consumers are most likely to complain about a brand when they encounter poor service, according to recent research from Corra.

The report was based on data from a survey of 2,000 consumers in the United States.

Nearly three-quarters (73%) of consumers say they leave negative feedback about brands in order to save other people from having the same experiences.

Some 49% of consumers say they leave negative feedback in hopes of making companies more up front about fees/policies; 48% complain because they want refunds. 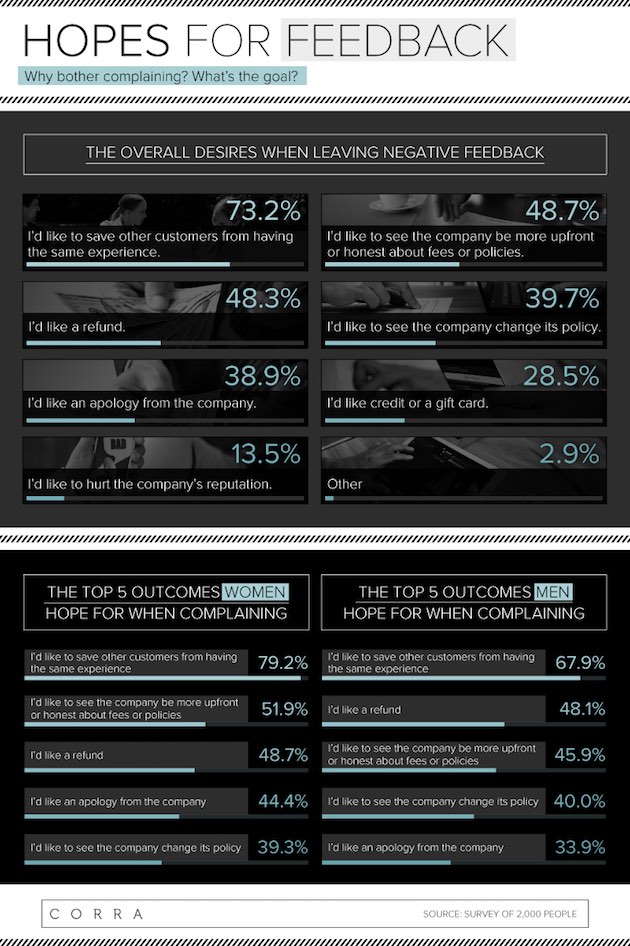 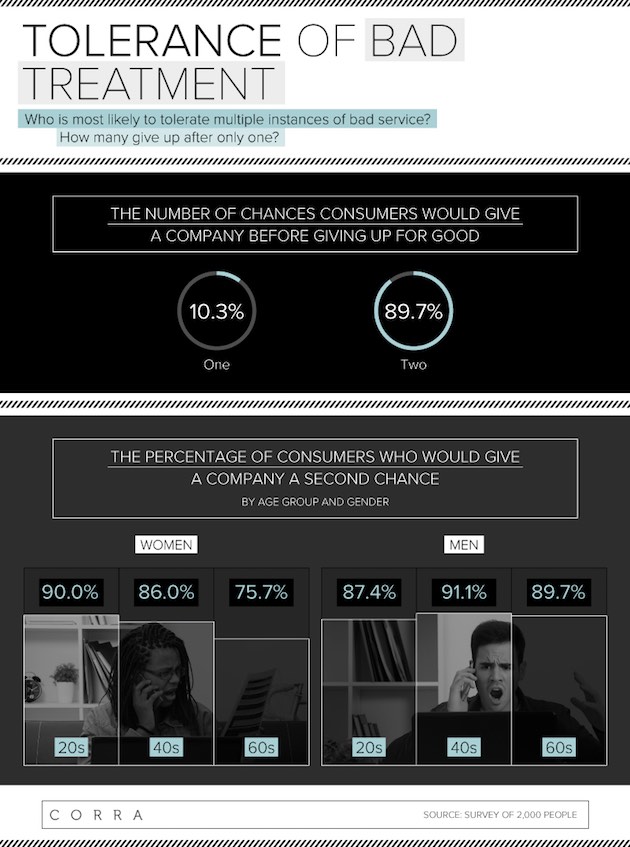 About the research: The report was based on data from a survey of 2,000 consumers in the United States age 18 and older.

You may like these other MarketingProfs resources related to Customer Relationships.

Explore how strategic gifting can be leveraged at every stage of the sales funnel to capture attention and express appreciation.

How to Use Empathy in Your B2B Brand Storytelling

Storytelling is one of the most effective ways to build a connection with your audience. But how can marketers build narratives that resonate with customers on an emotional level? Here's what brand storytelling involves, why using empathy to drive narratives is important, and how to do it.

The Role of Customer Empathy in the Future of Marketing

As marketers, we know that effective marketing puts the customer first. But how do we do that? How can we harness our most human of superpowers to deliver real value both to the customer and to the business? Start using empathy in marketing.

How to Offer More Value to Your Crisis-Stricken Customers [Infographic]

The pandemic has disrupted business (and life), and everyone is scrambling to adapt. Instead of enticing buyers with a promise of "better" as you likely did before COVID-19, you now need to do more: You need to make your sales offers far more valuable than ever.

Because of the pandemic, companies are reconsidering how they communicate with their audiences. Many are unsure whether they should communicate at all, and some are uncertain what form their communication should take. This flowchart will help you make the right decisions.

CX Will Be Essential for Rebuilding After COVID-19: Four Steps You Need to Take Now

The needs and wants of customers have shifted dramatically in the past two months, and companies that continue to move forward without adjusting will struggle for some time to come. Here are four ways B2B companies can provide helpful, impactful, and timely customer experiences during the pandemic.