To find out, Klear surveyed more than 2,500 influencers around the world on what they charge brands to post to Instagram, YouTube, and Facebook. The researchers divided the responses into four groups based on follower count: Nano (500-5K followers), Micro (5K-30K), Power (30K-500K), and Celebrity (500K+). 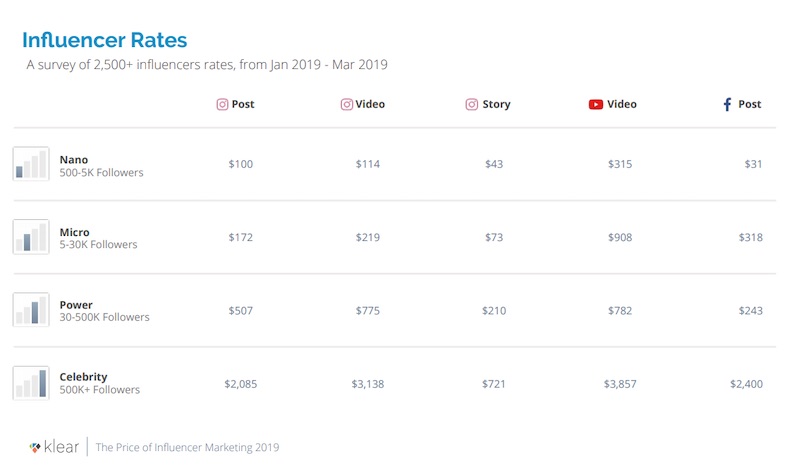 A sponsored social post costs $475 in the United States, on average, and $315 in Italy, on average. 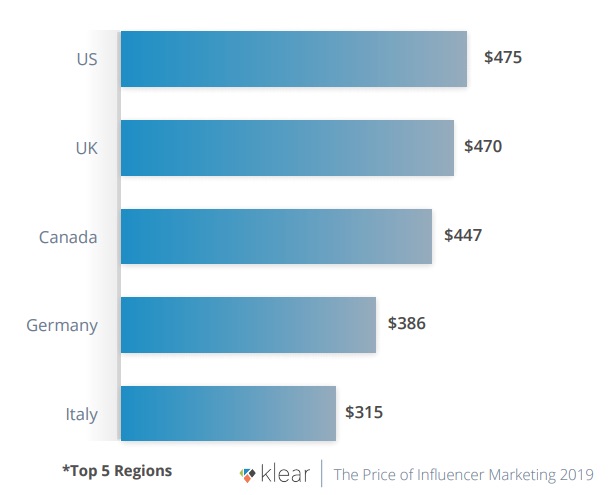 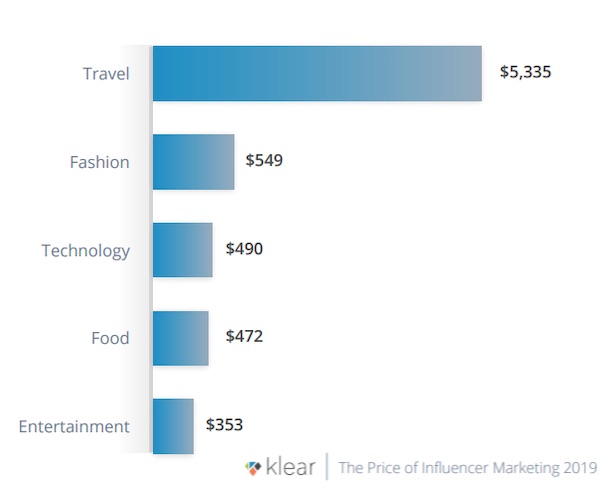 About the research: The report was based on data from a survey of more than 2,500 influencers around the world.