Americans of all ages tend to now use social media daily, but platform preferences vary significantly among the various generations, according to recent research from The Manifest.

The report was based on data from a survey of 627 social media users in the United States. The researchers examined the social media habits of four generations: Generation Z (age 13-17), Millennials (age 18-34), Generation X (age 35-54), and Baby Boomers (age 55+).

More than 80% of respondents in every generation say they use social media at least once per day: 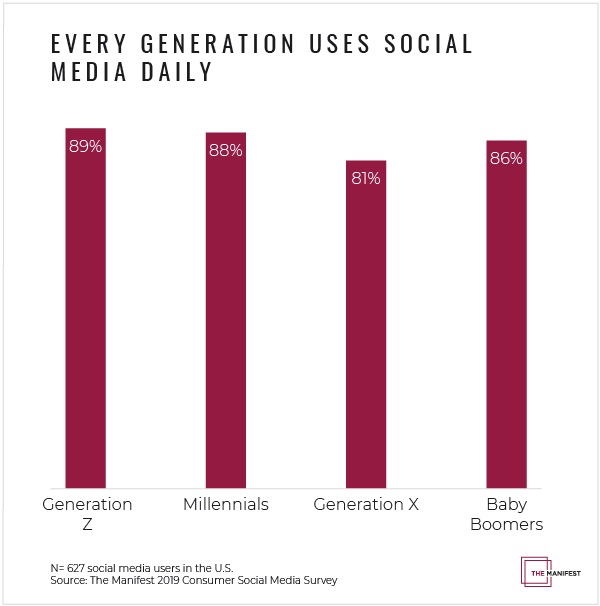 Most Generation Zers (77%) and Millennials (79%) surveyed say they use social media multiple times per day.

However, Gen Z tends to spend more time on fewer platforms. Specifically, this younger generation tends to favor YouTube (89% use it at least once a week), Instagram (74%), and Snapchat (68%). 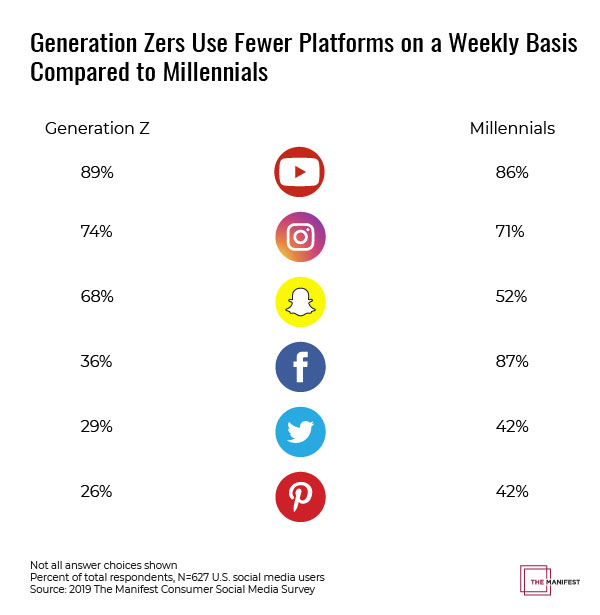 The researchers found that younger Americans are generally not big fans of Facebook: Only 36% of Generation Zers surveyed say they use Facebook at least once a week, compared with 87% of Millennials, 90% of Generation Xers, and 96% of Baby Boomers. 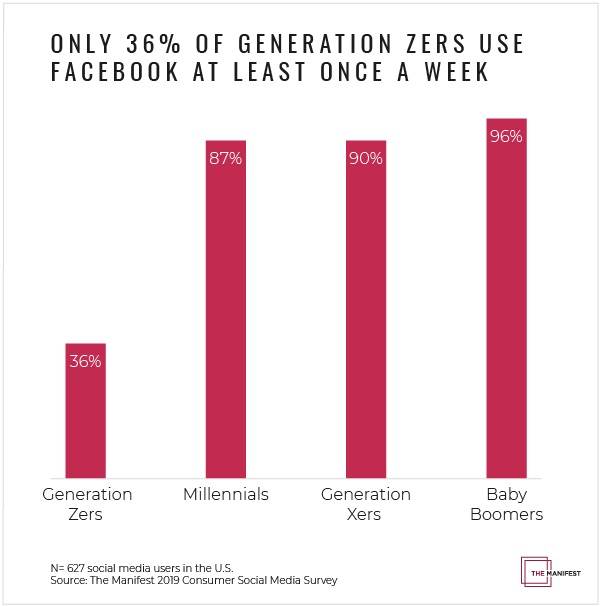 On the other hand, some 68% Generation Zers and 52% of Millennials say they use Snapchat at least once a week, compared with only 32% of Generation Xers and 5% of Baby Boomers: 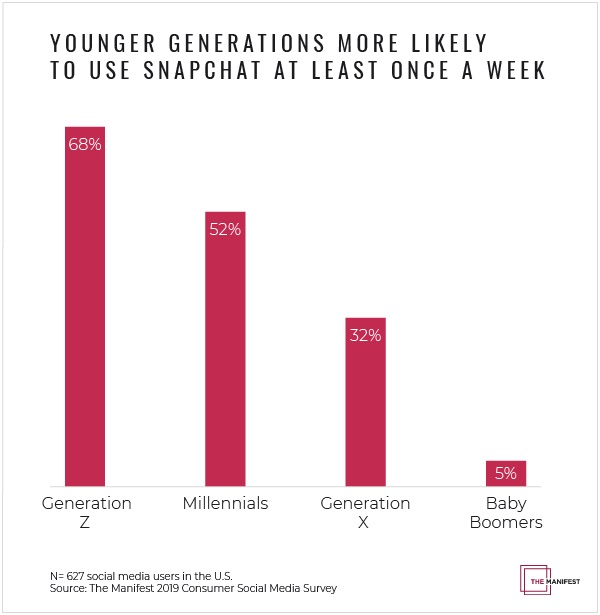 About the research: The report was based on data from a survey of 627 social media users in the United States.