Most people are OK with social media influencers' promoting products—as long as the influencers actually use those products, according to recent research from Influence.co.

The report was based on data from a survey of 1,009 people in the US who are familiar with various types of social media influencers.

However, 62% of respondents say it is unethical for influencers to promote products they don't use themselves. 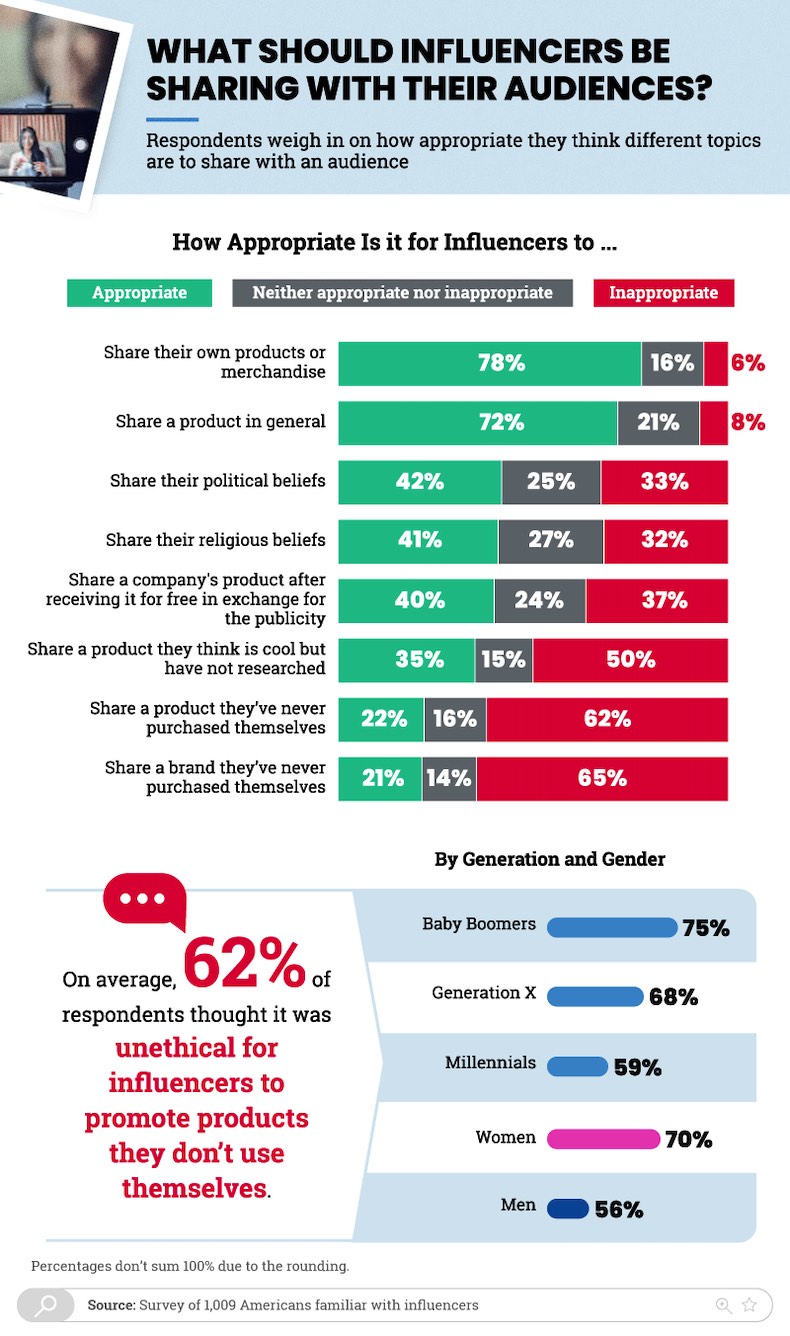 Some 82% of respondents say social media influencers should disclose their history of personal use when sharing a product, and 77% say they should disclose any side effects the product may have. 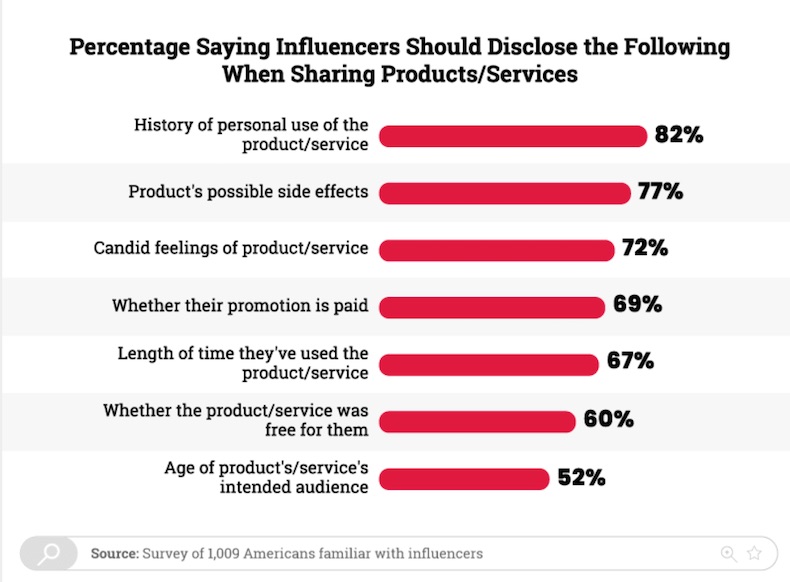 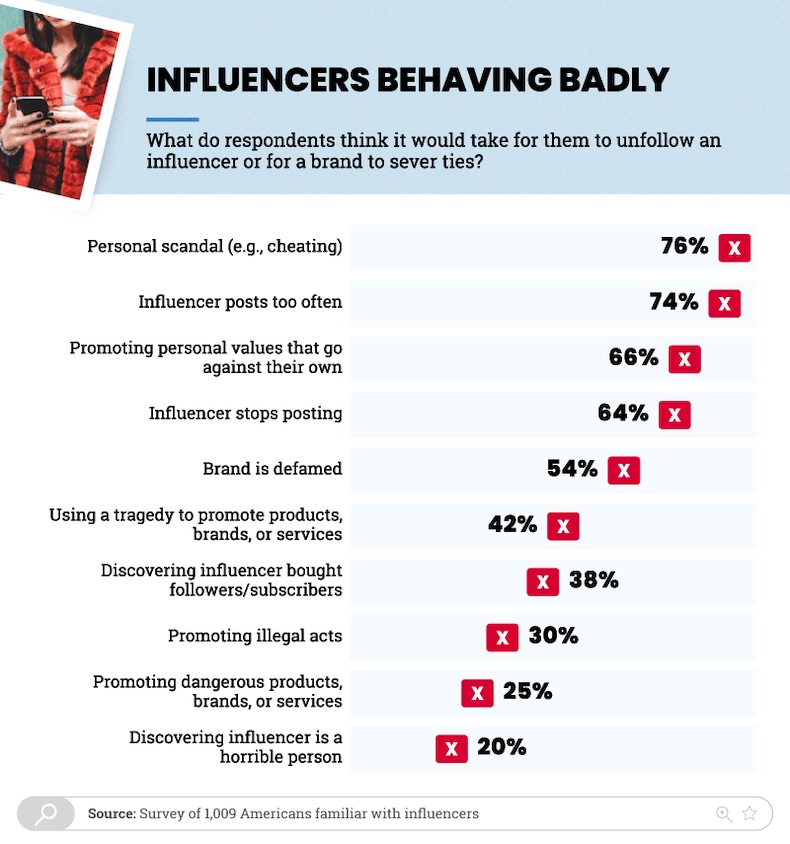 About the research: The report was based on data from a survey of 1,009 people in the US who are familiar with various types of social media influencers.