How COVID-19 Is Impacting Social Media Ad Rates and Engagement

The COVID-19 pandemic has driven down social media advertising rates globally, and it has also led to a decline in engagement with campaigns, according to recent research from Social Bakers.

The report was based on social media advertising data from 18 industries and five regions worldwide, with the most recent insights pulled on March 15, 2020. The researchers looked at trends in cost per click (CPC), ad spend, clickthrough rate (CTR), and other key metrics (see the full methodology and analysis here).

The pandemic has led many brands to cut their marketing budgets, resulting in less competition for social media advertising inventory and lower costs, the researchers found.

For brands across the 18 industries examined, average global CPM (cost per mille/thousand) in mid-March was $0.81, down by more than half compared with its high in late November 2019 ($1.88)

Average global CPC tells a similar story; it was down to $0.089 in mid-March, significantly below its previous 2020 low of $0.11 right after the new year: 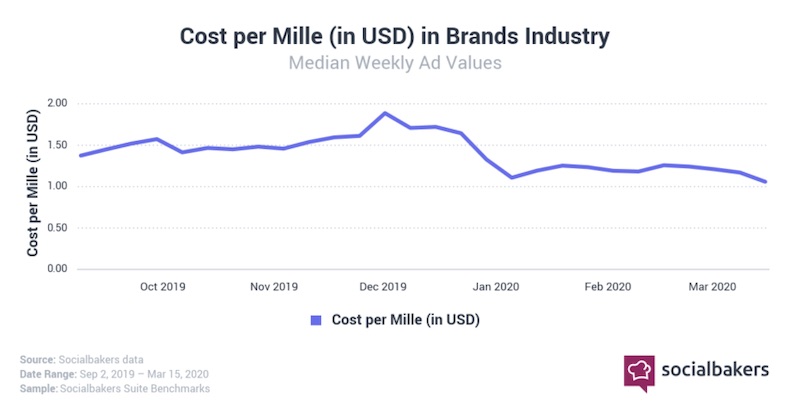 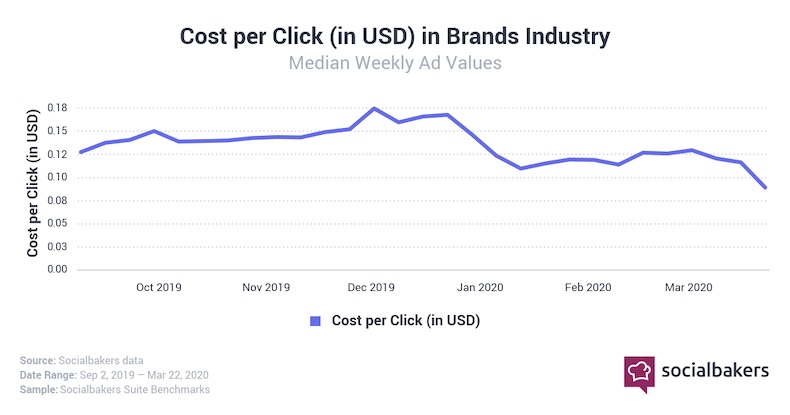 Engagement with social media advertising has also declined somewhat, possibly because audiences are turning to more organic content than paid.

The researchers found the average global CTR across the 18 industries examined was down 17.2% in mid-March compared with the start of the year. 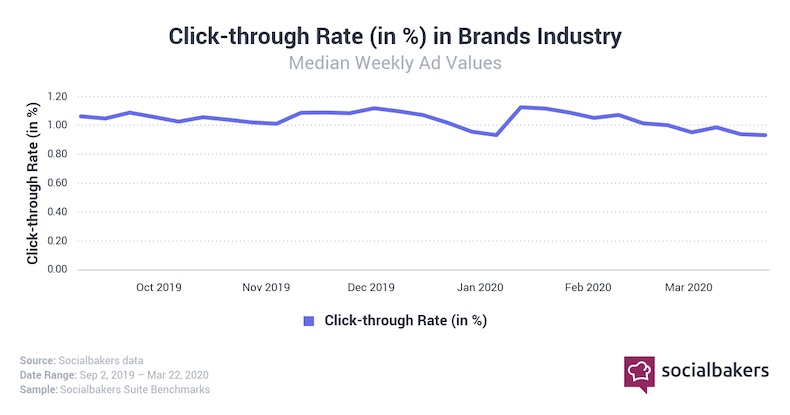 The researchers found significant differences among regions when looking at impact across the globe.

For example, social media ad spend in mid-March picked up in Eastern Asia, whereas it declined in North America. 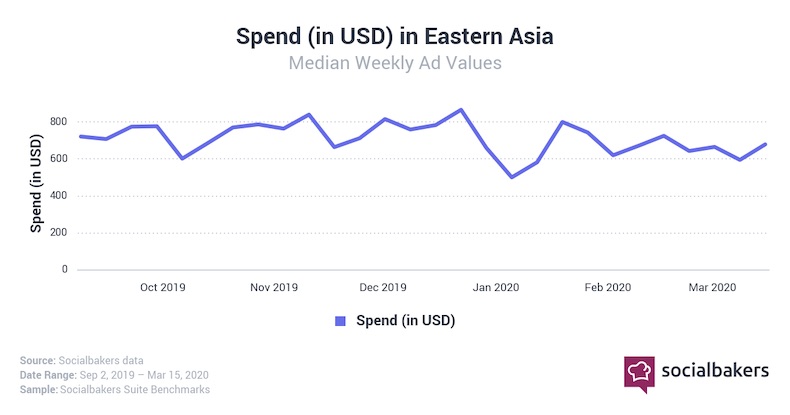 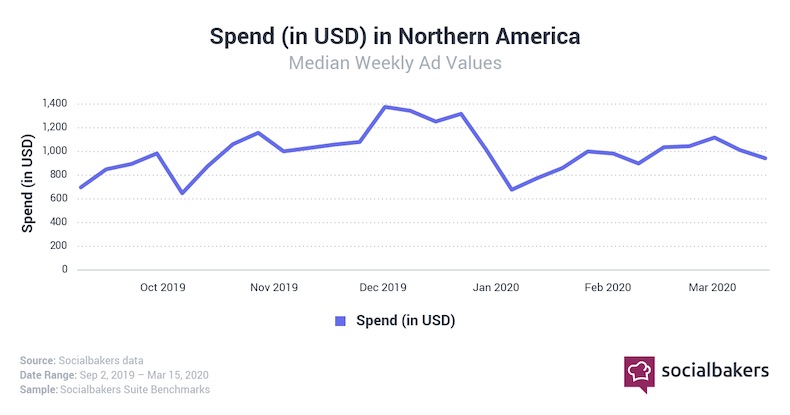 About the research: The report was based on social media advertising data from 18 industries and five regions worldwide, with the most recent insights pulled on March 15, 2020.