Generation YouTube: The Social Media Habits of US Teens

YouTube is the social platform visited most by teenagers in the United States and it is also the platform teenagers are most likely to say they use almost constantly, according to recent research from the Pew Research Center.

The share of teens who say they use Facebook has dropped dramatically since Pew conducted a similar survey in 2014-15, going from 71% then to 32% in 2022. 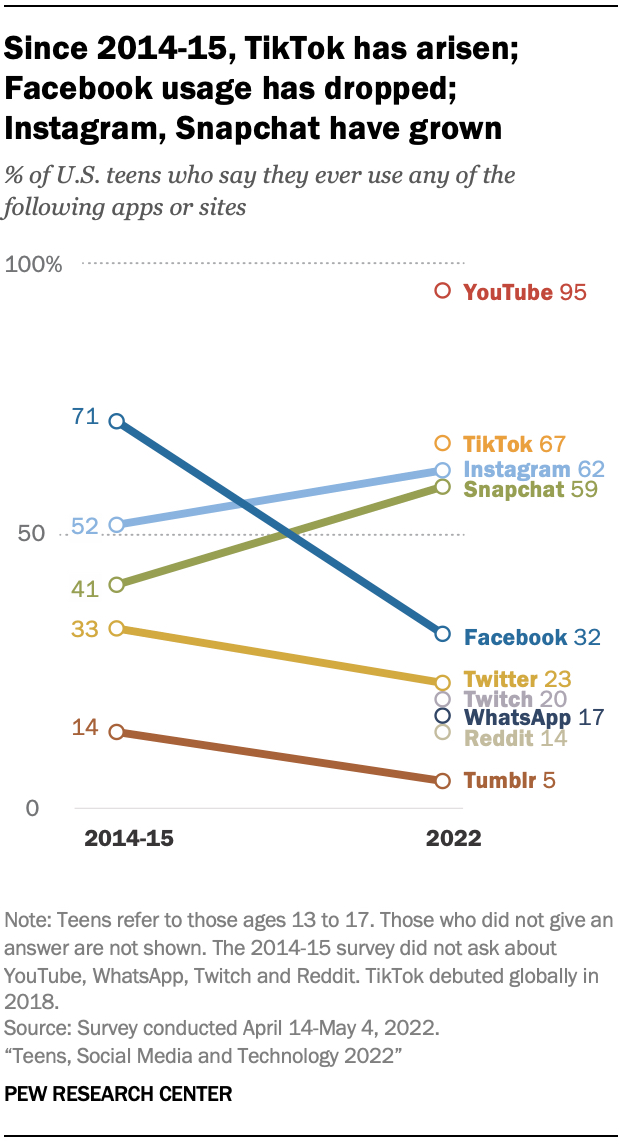 The use of social platforms by teens varies by gender, race and ethnicity, and family income. 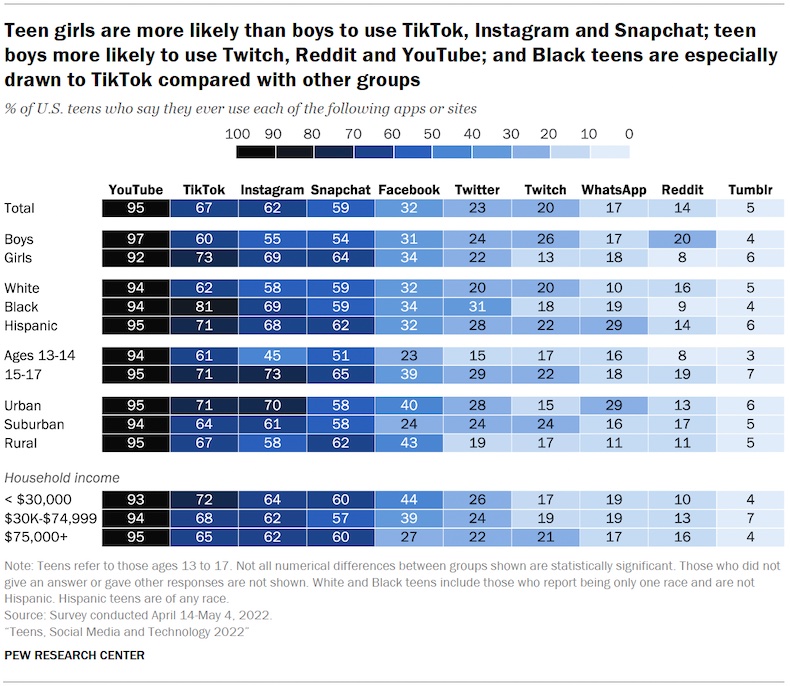 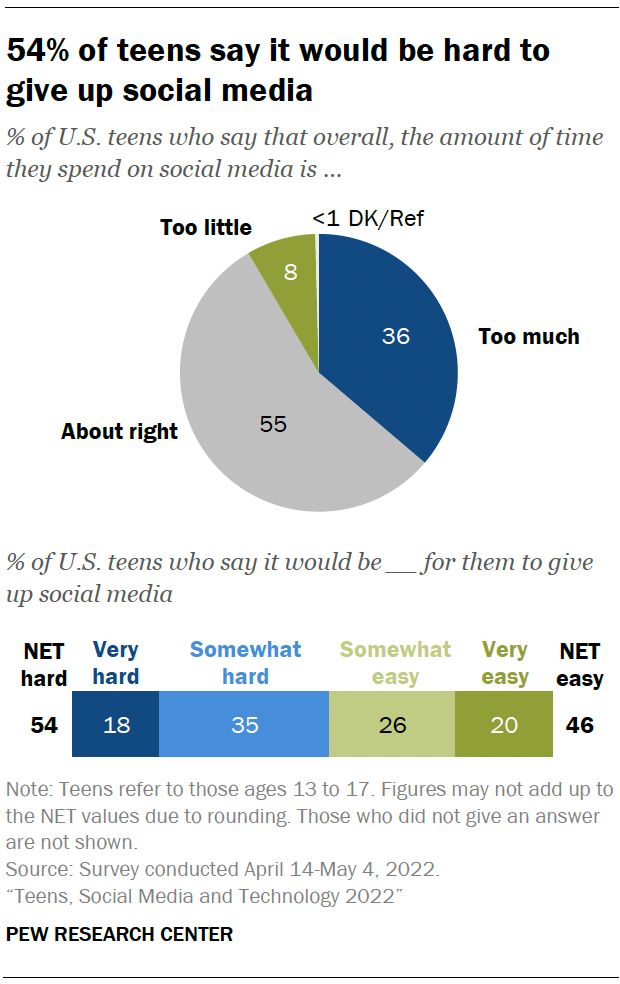 About the research: The report was based on data from a survey conducted in April and May, 2022, among 1,316 people in the United States ages 13 to 17.