Like a good how-to lesson? We know we do, and this week is packed with piles of 'em: how to leap at opportunity when it hits the switch, how not to mitigate an overnight social crisis, how to attract clients and advertisers using Pinterest, how to get people excited about "everyday" purchases... and who really won the Super Bowl.

It's all here, and then some. Skim for experience!

The Super Bowl blacked out... but these brands didn't. When the lights went out on the Super Bowl, a few companies thought fast, spreading on-brand social messages that would make a Legal-choked competitor blush. Here are 13 blackout standouts... among which Oreo took the cake:

Power out? No problem. twitter.com/Oreo/status/29…

Who really won the Super Bowl? It was definitely the swanky blue bird. Twitter was mentioned in 50% of Super Bowl commercials, with Facebook in second... at a paltry 8%. Instagram and YouTube tied for third with one mention each. Google+? Not a tweep. Commercials mentioning each medium are also listed: M&Ms, Subway, Bud Light, Samsung, Tide, and even Audi are all team Twitter. (For another viewpoint, see "7 Marketing Lessons (and an Infographic) for Next Year's Super Bowl Advertisers (and You).")

While we're on the topic, here's what a $4M Super Bowl ad could have bought in digital. Print that out for the next time somebody pesters you about unjustified spending.

Applebee's: buzzing badly. Applebee's topped the social buzz charts this week, but not for reasons to call home about. Former Applebee waitress Chelsea Welch used Reddit to post an image of a receipt upon which a client wrote, "I give God 10% why do you get 18" in lieu of a tip. The restaurant and client name were not included in the snapshot, but incensed Redditers managed to find the client perpetrator anyway. Applebee's fired the waitress, precipitating a social hailstorm that, for days, it's been trying and failing to control.

Multiple attempts to explain its side of the situation have failed, as people keep finding evidence of hypocrisy: the kiss of death for any "social" brand. To wit: the company vaunted its strict rules about protecting clients' privacy and identities, but it had previously posted on Facebook a happy client message on a receipt... which, unlike Chelsea's receipt, included the person's full name.

Applebee's has since resigned itself to deleting comments and repeating the same robotic response to people over and over. Here is the meltdown in photos, and Chelsea's side of the story. 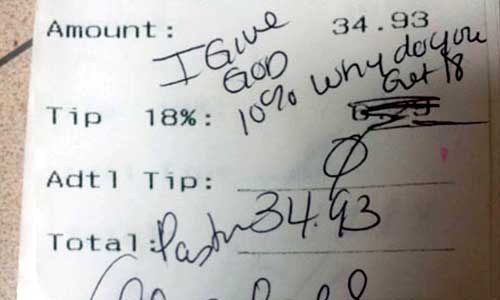 To mitigate this kind of issue we suggest doing one thing Applebee's didn't do: trying to understand why people were so upset. Everybody gets that the customer is king, but upholding a standard of human decency remains social's key currency... regardless of whether you're client or server. It would have served the brand well to acknowledge that, and to have been less hasty in sending Chelsea packing.

Biz Stone goes Spielberg. Twitter founder Biz Stone's partnered with Canon's Project Imaginat10n to produce his first film, Evermore, which incorporates 10 user-generated photos—keeping the broadcast experience a stalwartly social one. The entrepreneur-cum-director notes it was a pleasure to move from communications development to "exploring a medium that's still hugely important in terms of transmitting ideas." Content remains king, and digital and broadcast benefit that much more from a little cross-pollination.

Speaking of cross-pollination, Target's launched a Tweet-to-runway fashion show that puts users' Tweets in the mouths of models. To be eligible, Twitter users must Tweet #EverydayShow with a mention of a product from the Everyday Collection line. Nice way to wed everyday life to the extra-extra.

Tweet it right. Brendan Cournoyer lists mistakes marketers often make on Twitter. They include lack of a content strategy, too few Tweets (or not enough), and lack of staff involvement. Dig into the details.

Skinning your YouTube. Now your brand channel can look more... brandy. Google's launched a YouTube channel redesign in limited beta, which includes cover photos, trailers, and a more Google+ friendly look and feel. The Next Web points out that the design options are quite restricted, which will probably help more than harm, as it ensures a clean user experience (think Facebook). There are also options for link-sharing and adding a featured URL, as well as the ability to create social buttons. 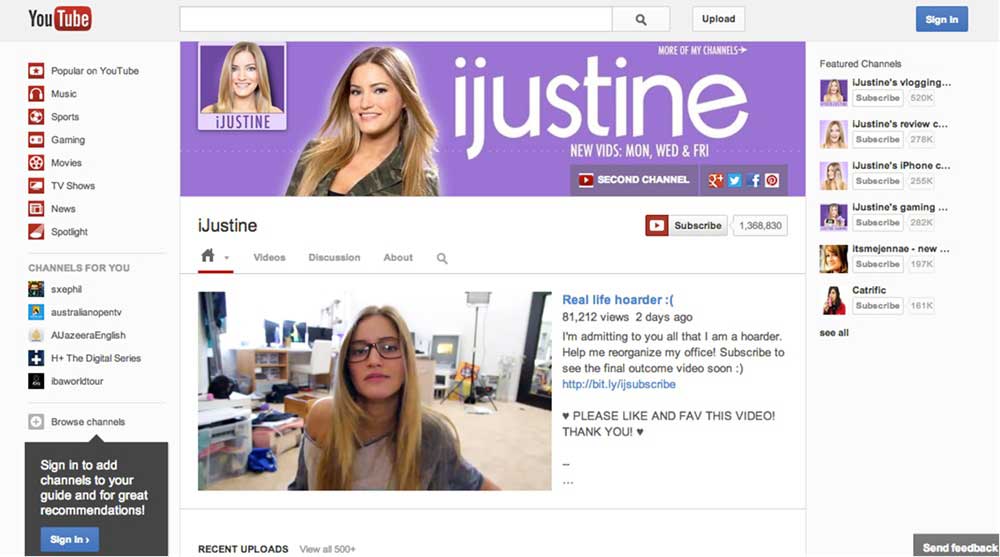 They got their Likes on. OnlineMBAPage.com's made a list of the top 50 most social media-friendly fortune 500 companies for 2013 (try to say that without taking a breath—it's hard). Pixel pundits decry the methodology, as it's entirely reach-based and doesn't take quality or quantity of engagement into account. While stock social media darlings are present (Google and Starbucks make the top 2), companies less known for social savvy appear as well: Apple ranks 23rd despite zero Twitter presence and complete silence on its Facebook page, beating companies like Southwest and Best Buy, who are way more socially attuned.

A reckoning of social service. Here's a nice contrast to the stats mentioned above. Analytics company Socialbakers released results of an ongoing study about how well US businesses conduct customer service on Facebook. T-Mobile, Target and Best Buy respond the fastest and the most often, while Netflix, Samsung and AT&T leave questions unanswered (and for the longest period of time).

A really polished Pinup. Nails magazine shares its efforts to reach nail technicians, salon owners, and advertisers more effectively on Pinterest. The site was the perfect outlet for creative nail design images, and since the launch of its campaign in 2012 it's seen stellar results. Find step-by-step details to its Pin-worthy success.

Hilton comes clean... about social measurement. Hilton leads the competition in Likes, followers, and other key social metrics. But the real reason to read this Digiday revelation is because it explains Hilton's objectives and measurement strategies: the guiding forces that led it to build a robust social presence, piece by piece, from localized Facebook pages to Twitter customer support to developing social promotions; learn how social media "introduced a new way for us to interact" with guests.

Foursquare for Business: now smartphone-friendly. Seize that Mayor before he goes! Foursquare now lets business users update customers about products and deals through their smartphones. To try it, claim your location on the check-in site.

And the ultimate Facebook stalker? Facebook. Last week we mentioned Facebook's plans to track signed-in users' browsing activity. Just in time for the SXSW festival, Facebook also plans to launch an app that lets it track users' locations from handheld devices. The technology would possibly enable Facebook to ad-target based on whereabouts... and daily habits. Beware the Ides of March.