This week was full of surprises. Get the lowdown on Apple's big announcements (and what matters most to marketers). Check out Chirpify, which lets you take payments on Twitter, Facebook, and Instagram. Speaking of... is Instagram as hot as Vine is on Twitter? And find out what time to tweet suits YOUR followers best. Skim for flying kisses (really... See the Burberry/Google collab!).

Time to redesign your smartphone app. Apple made several announcements concerning the new iOS7, iTunes Radio (a Pandora and Spotify competitor), Mac Pro, and Macbook Air (among other things). Read a sum-up. The new iOS7 design for iPhone by Apple design guru Jony Ives was the most controversial: See why some don't like it and why others think it's a necessary step for Ives (and Apple). To understand how dramatic the interface change is, check out Jony Ives Redesigns Things, a tongue-in-cheek Tumblr that uses comparison to highlight the new look's more jarring aspects. (There's also a Tumblr of designers complaining.)

"Intention," Apple's artful design manifesto, still managed to circulate the 'net for nicer reasons than the actual design did:

Finally, one smart marketer put together a super-short SlideShare presentation detailing the Six things you need to know about iOS7, and why:

How far does a tweet spread? Twitter's quietly opened various analytics tools to the public, providing any user deep data about who follows them and how their most recent tweets performed. Best of all, it's free. To access it, visit your Twitter Ads Dashboard and click on "Analytics" at the top of the page.

Blow minds in grand style. The NSA made headlines when former CIA-computer security administrator Edward Snowden leaked documents that describe detailed surveillance of US citizens, including phone records and a program called PRISM, which gathers data (chats, emails, the works!) from big companies such as Google, Microsoft, and Apple. (A parody Twitter account's already been created. It sometimes seems disturbingly real.) People are freaked out, but one designer calmed down enough to take the NSA's (objectively uncute) slides and make nicer ones. There's a lot to be said for ensuring your presentation's as clear as your service... and PRISM serves up a lot.

Dear NSA, let me take care of your slides. from Emiland

In funner viral news, Burberry partnered with Google to revive the tradition of sealing letters with kisses... digitally! The ad flaunts Burberry's romantic side while demonstrating how brands can use Google for creative campaign ideas:

If a tweet falls in the forest... FollowerWonk and Buffer are partnering to help you send tweets for max visibility. Use FollowerWonk's Analyze Followers tool for a complete analysis of your followers, including most active hours. If you already have a Buffer account, click on "Sign in with Twitter" on the same page to schedule tweets based on what you've discovered. 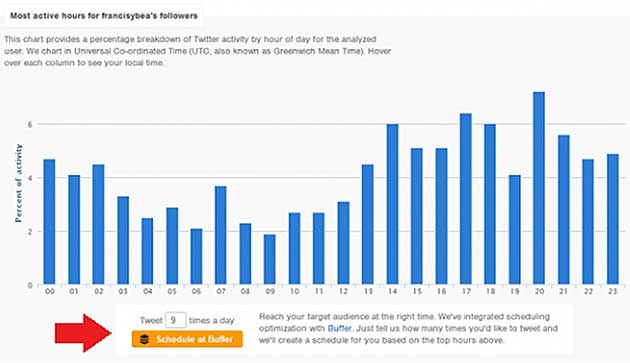 Can't jam to The Economist? No worries. BBC.com's launched Capital, a small business subsite that, in addition to helping you with day-to-day management and leadership challenges, aims to demystify complex business stories. The BBC won't share who initial sponsors are but claims to be "booked throughout the summer" already. Media buyers say pre-roll CPMs are $25 and display around $15.

A receipt for that Tweet? Move over, PayPal. Using [Chirpify] https://chirpify.com/, merchants can now accept payments via Twitter, Facebook, and Instagram. How it works: consumers register for Chirpify and enter credit card information or their PayPal account details. To buy something, all they have to do is tweet or Facebook/Instagram comment the words "buy," "donate," or "gimme." Merchants [on board] https://www.mediabistro.com/alltwitter/chirpify_b44577 include Puma, Adidas, Green Day, and Taco Bell.

Winning online shoppers' hearts. While we're on the topic of online shopping, comScore and UPS published a report about what online shoppers want most. 62% said the ability to buy online and make in-store returns drove their decision to shop with a retailer, followed by a coupon or promotion via smartphone when they're nearby (47%). Areas of improvement? Free/discounted shipping is a biggie (54%), followed by easy returns and exchanges (37%). Not surprisingly, 84% of online shoppers use at least one social media site, the most popular being Facebook. (So take this data and start a Chirpify account.) 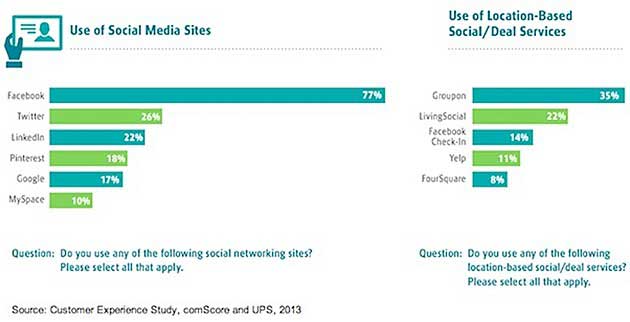 #Hashtags hitting Facebook! In the next few weeks, Facebook users will be able to include #hashtags in their status updates. When clicked on, hashtags will reflect a feed that aggregates other posts related to the tag. Now you don't have to scroll down hours of newsfeed for the full #NBAFinals skinny. 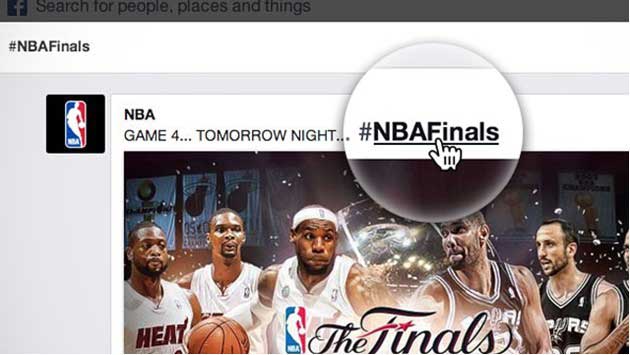 What users want. You can't be telepathic, but this is the next best thing. Jon Thomas compiled a list of the five types of social media content that users really want from brands. They include behind-the-scenes content and participatory content. Use it to fuel your creative engine. 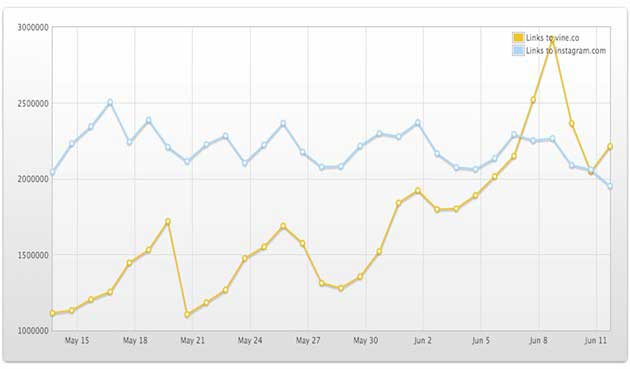 We'll wrap up with some Vinespiration. Twitter video producer @origiful creates some of the funnest Vine videos out there, and this week he graced followers with this playful post. The lesson? It isn't hard to captivate the imagination; sometimes the simplest ideas are best. (Especially when you've got only six seconds... on loop.)