Get the skinny on the job-quitting video that went viral... and the shafted company's viral-worthy response. See how Breaking Bad's finale played out online... and among brands. Learn to build your social ROI. And find out what playlist preferences tell us about (what else?) buying preferences. Skim to the beat of the sales drum.

The quit heard around the world. How do you quit a gig at a viral video production company? By going viral. Marina Shifrin topped the viral charts this week with a unique way to quit her job at Next Media Animations (perhaps best known for this). In the video, she dances to Kanye West's "Gone" in the empty office and accuses NMA's CEO of caring more about numbers than creativity. It's generated over 11.5 million views in a handful of days, prompting NMA to respond with a video of its own (and a message: "We're hiring!"). An NMA spokesman also wrote a heartfelt letter, posted on Gawker, sharing the company's side of the story. A nice case study in crisis management... but also in drawing viral attention in the first place.

Banksy—taking NY, one medium at a time. Acclaimed street artist Banksy's kicked off "Better Out Than In," a month-long street art exhibition on the streets of NY. His first painting, "The street is in play" (see below), appeared in Chinatown; new paintings will appear each day throughout the city. Catch them before they disappear! For the digital tour, follow Banksy's Instagram account —just a few days old and already 507,000 followers strong. And if you want to chase the exhibit down, call 1-800-656-4271 for audio explanations of each art piece. Talk about a living museum (is that an oxymoron?). 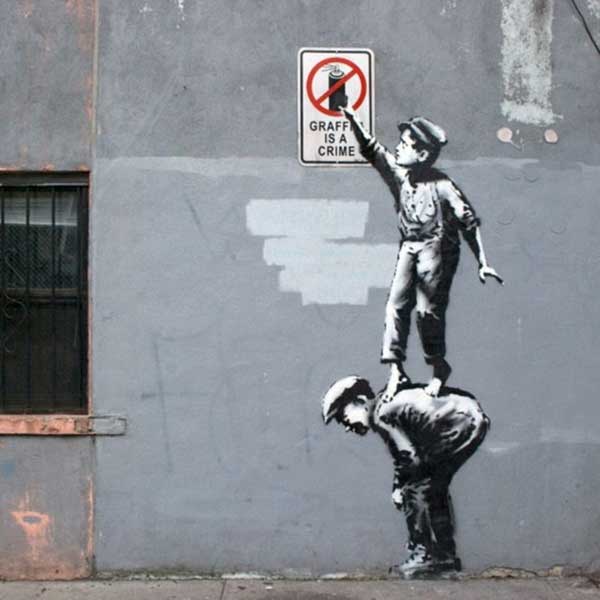 A brand-friendlier Graph Search. Facebook's Graph Search tool will now index posts and status updates, better enabling brands to find material more closely tied to their keywords. For example, in addition to finding friends who like "Breaking Bad," users will also be able to find photos, posts, captions, check-ins, and comments about the show—also improving search results for hashtags like #GoodbyeBreakingBad.

Men and Women on Facebook. Between 2009 and 2011, the University of Pennsylvania conducted the largest linguistic study of Facebook posts, analyzing over 700 million words to learn what people tend to talk about. Women use more emotion words (like "excited") and first-person singulars, while men swear more and make more object references ("Xbox"). Ladytalk centers more around shopping, clothes, and hair, while men discuss sports, war, gaming... and breasts. The conclusion? Mars and Venus cliché behaviors haven't evolved much, even (especially?) in social. 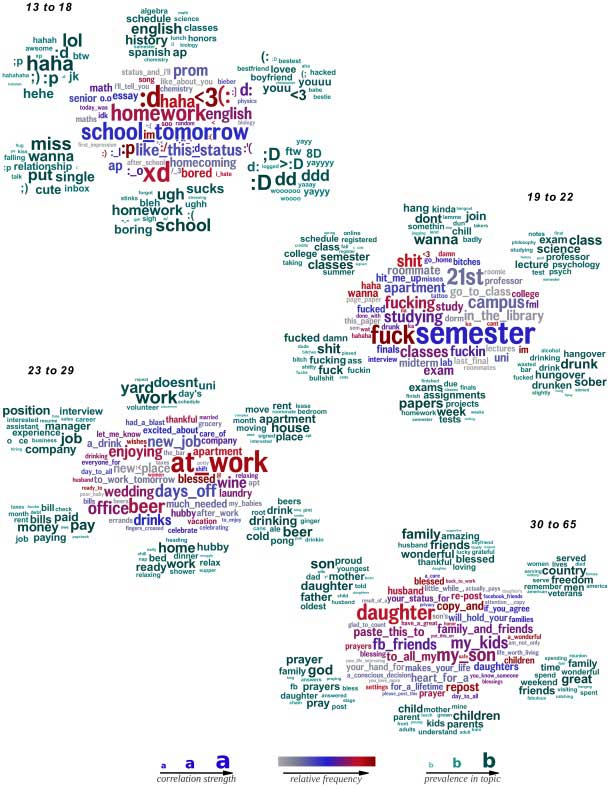 What do Beyoncé fans buy? Did you know that Barbra Streisand or Tom Jones fans are 83% more likely to have a net worth of over $1 million? With help from ad platform ToneMedia, AdAge produced a chart that highlights marketer-handy tips about fans of certain musicians: Keith Sweat and Kid Cudi fans are 51% more likely to want new shoes, Bruce Springsteeners are 70% more likely to love the NHL... and as for Beyoncé lovers? 76% more likely to want prepaid debit cards. Start targeting, and see the full image for more. 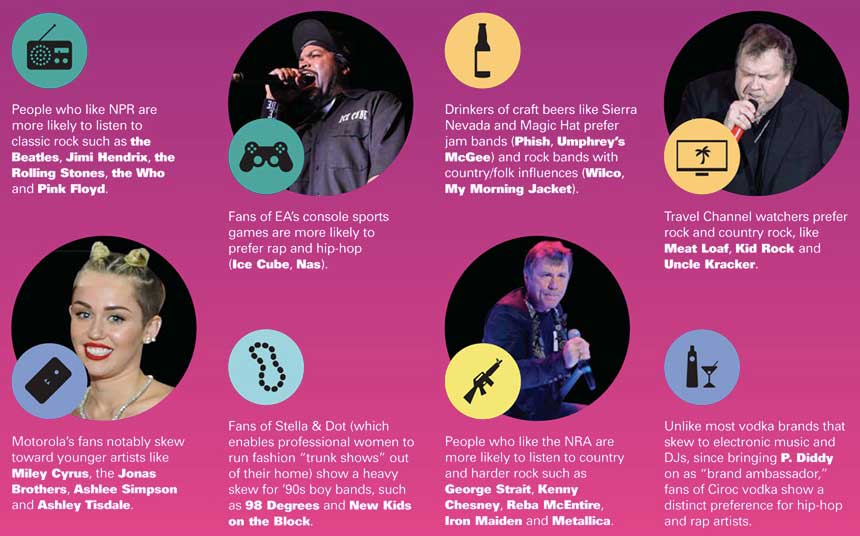 Facebook-branded wi-fi. In partnership with Cisco, Facebook's offering free wi-fi to local businesses seeking love from ever-connected customers. To access it, customers must check in at the business via Facebook... an act that will boost Facebook's localization tool (sayonara, Foursquare?) and drive them to the company's Facebook page, which users will hopefully Like. Added benefit: Facebook will be able to provide companies with demographic info about who's frequenting them (age, gender, home city).

Need Analytics help? Google's launched Analytics Academy, a hub that digital marketers and analysts can use to stay current on Google Analytics. The hub is organized as a series of online video courses, which include activities to help you apply your learning. Here's lesson 1:

Google+ replacing YouTube comments. Google now requires YouTube commenters to register for Google+ accounts, tying lively online conversation to a social network it's having a hard time getting off the ground (and boosting registration and use). Commenters can decide whether their posts will be public, or visible only to friends or certain Google+ circles. It will also put a damper on anonymous (and mean) comments—a plus for brands.

A QR code generator that's right under your nose. Need a QR code, not sure how to get one? Here's a trade secret: you can create them directly on Google Docs—and easily, too! Here's how:

Six ways to improve social media ROI. Salesforce came up with a detailed list of how you can both define social ROI and improve it. A few tips: be proactive versus reactive, use social channels that suit your campaign, and define a clear selling and promotions strategy. (Where do you promote sales, and where do you actually sell stuff?) We like how it makes the vague feel more concrete. 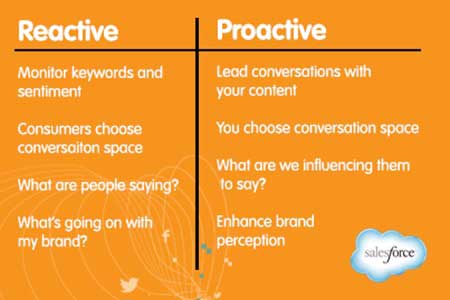 Let's wrap with how Breaking Bad's finale played out in social. Did you watch the explosive last episode? 10.3 million people did, plus an additional 500,000 downloaders in the first 12 hours of airing. Sysomos brings together some stats on the social chatter surrounding the show. Learn tidbits like how often Breaking Bad was mentioned online (2.2 million times), and how many YouTube videos about Breaking Bad were produced in the two days that followed (8,589!). The final episode set a Twitter record for the show, with 1.24 million tweets logged during the broadcast itself. Many tweets came from sentimental stars—though our favorite, not mentioned in the article, was Warren Buffett's tweet. He even posts a photo of himself wearing a Heisenberg hat!

Not even the Oracle knows what will happen tonight. #waltsuccessor pic.twitter.com/EM8gIzZib5

Finally, brands got in on the fun too. Digiday brought together five brands that piggy-backed on Breaking Bad's buzz, including Denny's, Oreo (of course), Intel, and Warby Parker.

What will you do when #BreakingBad is over? How about breaking bacon with friends at Denny's to discuss the finale. pic.twitter.com/TWVLSqp8c5