Find out what unique and promising technologies debuted at CES. Get the skinny on Facebook's recent acquisition, glean new ways to use Tweets, and find out how Ben & Jerry's (of course!) used recreational marijuana legalization in Colorado to its advantage. Skim to sate your social munchies.

We give you the #SelfieOlympics. Yes, that is now a thing, and 2014's very first Internet craze. Participants must upload self-taken photos of themselves doing extreme, sporty, and otherwise original photos. Think of it as this year's planking. Brands, cameras up! 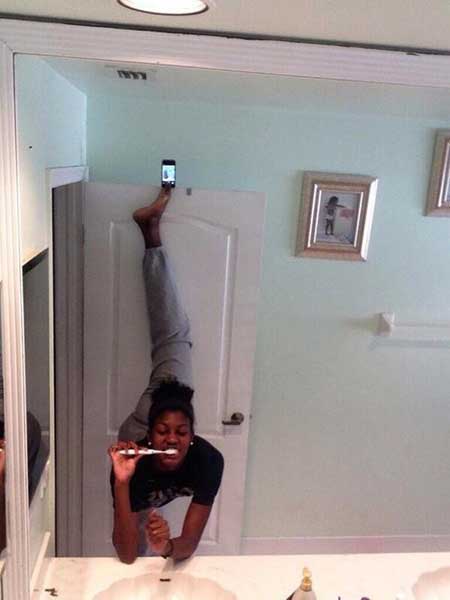 Play it as cool as ice cream. Following news that recreational marijuana was legalized in Colorado, Ben & Jerry's scored social points for riffing on it in real-time—while staying fun, on-brand, and in good taste. Not an easy subject to do that with. Most marketers wouldn't touch the subject with a 10-foot pole, but the ice cream company, which has hippie roots, managed it without a hitch... and even got people reminiscing fondly about B&J flavors that pair well with their Mary Jane of choice. Bravo.

BREAKING NEWS: We're hearing reports of stores selling out of Ben & Jerry's in Colorado. What's up with that? pic.twitter.com/zBs8nyxZWn

The spoils of CES. What'd you miss at the flashiest consumer electronics show in the known world? Wearable tech, mini-drones, and gigantic curved Ultra-HD TV screens, in short. While little of that tech will ever see a living room, we suggest keeping an eye on stuff like iris scanner EyeLock, which plugs into your USB port and lets you use eye-scanning technology to log into participating sites or services. The Makerbot Z18 3D printer lets people print big objects, like lamps, from home and for a reasonable price... $6,499. Pebble Steel just launched, meaning the smartwatch is still in the game—and sexier than ever. Notice a trend? This is the year that digital dovetails with reality, growing closer to our bodies and helping us reconnect with the real world... without keeping our eyes on a screen between our paws, or forcing us to justify our security using password variations on our first pet or mom's maiden name.

When tweets get blurbed. Film critic AO Scott tweeted favorably about the "Inside Llewyn Davis" soundtrack. To promote the film, CBS Films took the tweet, modified it to remove some competitive mentions, and made it a minimalist full-page ad in The New York Times. The news attracted attention because Twitter's advertising conditions stipulate a person's tweet can't be used in an ad without seeking and receiving "explicit permission." Tweets also can't be modified, per rules by Twitter and the FTC. When ReadWrite asked whether CBS Films asked him first, Scott was weirdly cryptic: "Kind of." Twitter hasn't commented, but where it falls in this case may set a precedent for advertisers seeking to convert high-profile tweetery into marketing opportunities.

Grow your Twitter following ethically. This list of nine ways to do it includes some stupid-simple tips that actually work well, like asking for retweets and producing headlines that promise a knowledge or service payoff. Of course, engagement remains mandatory: Comment on relevant news and tweets, retweet the good work of others, ask questions that make users feel useful, and respond to what they're asking you for. Also, get involved in Twitter-heavy events! It never hurts. Speaking of...

Flex your fiction chops on Twitter. In partnership with the Association of American Publishers and Penguin Random House, Twitter's hosting its second #TwitterFiction festival March 12-16. The fest gives authors a chance to create digital fiction for new kinds of readers. If you're creative, a story doesn't have to be limited to 140 character jolts: play with Vine, create multiple character accounts, and use any other Twitter functionality to create a truly immersive story. Join for your chance to become a featured storyteller. Entries are open through February 5.

Yahoo's got the mini-scoop... and brand-new ad products. Making good on its purchase of Summly, Yahoo took advantage of CES to launch a news summary app. The News Digest will deliver briefings of between eight and nine stories of interest to users, enabling them to skim what's most important to them every day. Users click on "Done" when they've finished reading, empowering Yahoo to score ever-changing data on readership styles. It's also launched three new ad products and platforms: Audience Ads, which ensures ads are delivered to the right people; Ad Manager, which helps advertisers better manage and choose Yahoo ad products; and Ad Exchange, a way for "premium publishers" to control how advertising appears on their sites. Tumblr's sponsored posts will also be powered by Yahoo Ad products from here on out. 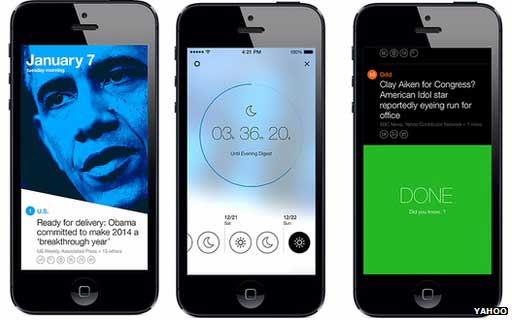 Tumblr expands its rabbit-hole value. What we love about Tumblr is how we can fall into it: Once you've subscribed to enough blogs, you can really take advantage of its "eternal scroll" and find an endless array of inspiring stories and GIFs. Now Tumblr is harnessing that "rabbit hole" quality. When you log in, you'll see a search bar with two options: Tumblr and Web. The former will give you a wide and delicious array of recommended blogs, images, and posts. The latter will provide most-relevant search results and images, plus recommended blogs (see below). As this feature develops, the ad opportunities on these pages will be enormous.

Skimming a dramatic life change. User Antonia Eriksson's Instagram account, eatmoveimprove, looks like typical fitspo at first—until you scroll down to a photo from 16 months ago, taken from a hospital bed. The truth is, Eriksson's been using her account to detail her difficult and brave journey from near-death anorexia to enviable good health, positivity, and a love of good food. Eriksson hopes that the account will send a positive message to people going through the same thing and help combat the panoply of pro-anorexia and pro-bulimia material that plagues image-based social networks. Here's evidence that Instagram is a powerful tool for telling stories of long-term progress, too. Talk about a journey.

Facebook snaps up Little Eye Labs. The Bangalore-based company, picked up for a price between $10 million and $15 million, marks a more serious focus on mobile, especially Android. Android developers should see bigger perks and greater ease in Facebook app development, which follows recent trends in which Android users have been the first to catch certain Facebook features still in test mode. 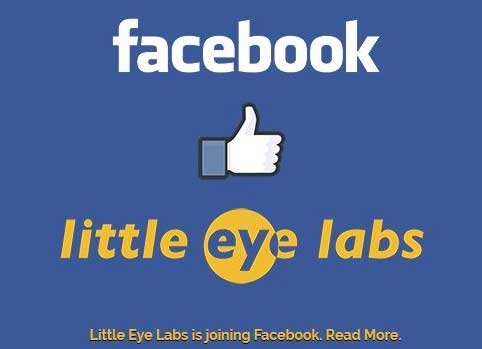 TED goes corporate. TED Talks have generated incredible attention because of the quality of the speakers and their rigorous training, geared toward teaching speakers to inspire while staying relatable and magnetic. Now businesses want in on the magic. Financial services firm [State Street hosted its own TED event, using employees. The effort drew participants from every level of the company and all over the world. TED agreed to partner with the company as part of a pilot program to help companies, including Intel and Boston Consulting group, do the same. TED's Ronda Carnegie calls the effort "an exercise in brand storytelling" that reminds you "corporations are made up of people"—training that can only help in the social space. Expect TED to extend this new service to more businesses, which can join for a minimum investment of $1.5 million (ouch!). But who can put a price on the ability to captivate with little more than a voice and an appealing glance? 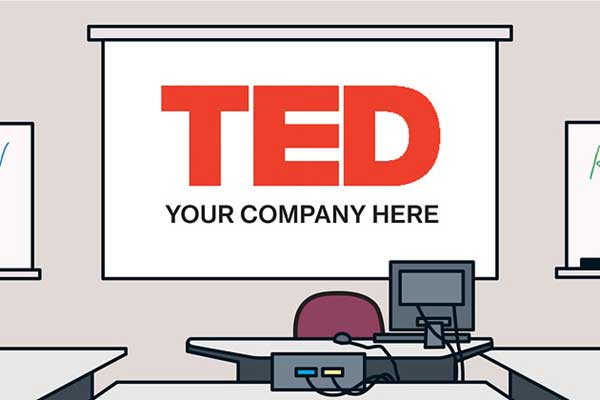 Let's wrap with a glance back. Infographic Promotion's created an infographic detailing highlights in social media in 2013, a boon for marketers to skim: YouTube reached more 18-34 year-olds than any other cable network, the "selfie" made Word of the Year, and Google+ grabbed the No. 2 spot for most active users, behind Facebook (surprise!). You'll also be able to reminisce through trends: the Harlem Shake, our most social Pope, Super Bowl hashtaggery, and the first-ever social media Masters degree program, courtesy of the University of Florida. We can't wait to see where we are this time next year. 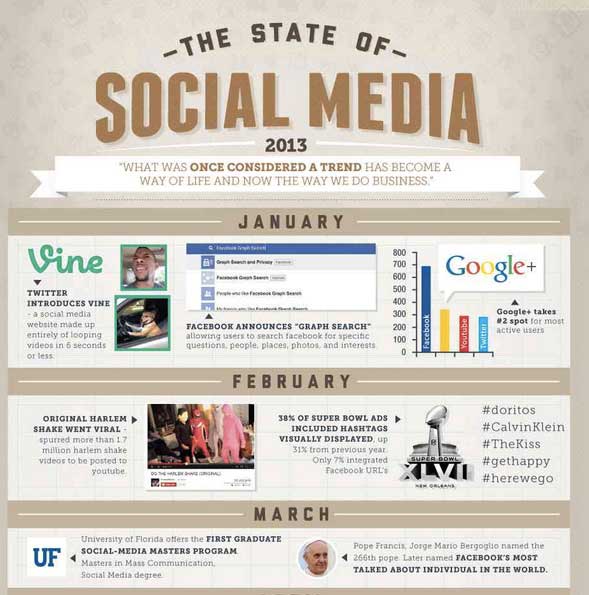