Get the skinny on the selfie seen around the world, Apple's social media debut, ad platform updates, and Facebook's potential new toys (drones? Again?!). It's all a hop, skip and a skim away.

Just be your selfie. Ellen literally broke Twitter on Oscars night with a selfie packed with the creme of the star-studded creme. The tweet yielded over 3 million retweets—the first-ever to top 1 million for a single tweet, boosting her (already high) Klout score from 92.8 to 95.1. Klout explains the boost three ways: People who engaged with the tweet also got a boost, 22% of "lurkers" (people who haven't tweeted in the last 7 days) also retweeted, and the tweet yielded earned media articles that were shared 2.5 more often than any other article that day. (Not to mention it was seen 32.8 million times!)

But Ellen wasn't the only winner; Samsung also scored, because Ellen used its Galaxy Note 3. The Oscars sponsor worked with Ellen to incorporate "native advertising" moments into the show. Check out this video of her planning the biggest retweet in the world; it's nuts! Just one wincey tidbit: She went on selfie-ing (and tweeting) backstage via her iPhone. Note to sponsors: ensure your poster children and event hosts are personally committed to your brand before you go live. People always notice when they switcharoo.

If only Bradley's arm was longer. Best photo ever. #oscars pic.twitter.com/C9U5NOtGap

The highest hat in brand hijacks. During the Grammys, @ComplexStyle compared Pharrell Williams's enormous hat to the Arby's logo. This resulted in a hilarious Twitter tug-of-war between Arby's and Pharrell. Pharrell recently put the hat on eBay, then tweeted to thank the buyer, who snapped it up for a whopping $44,100. Take a guess who it was. Here's to Arby's spontaneously creating an epic social story with an epic social ending!

.@Pharrell You're welcome. We're HAPPY to support a great cause & get our hat back. Good luck at the #Oscars tonight! pic.twitter.com/2oA7qDPX9z

Apple goes social. On Tumblr! Apple's finally broken social abstinence and launched isee5c.tumblr.com. Meant to punt its colorful 5c phone directly to the typical millennial Tumblogger, the experience is as tightly controlled as Apple's taught us to expect: Each block launches a video highlighting a 5c in a colorful context. You can like or reblog a post, but comments are off. Don't expect it to tweet anytime soon. 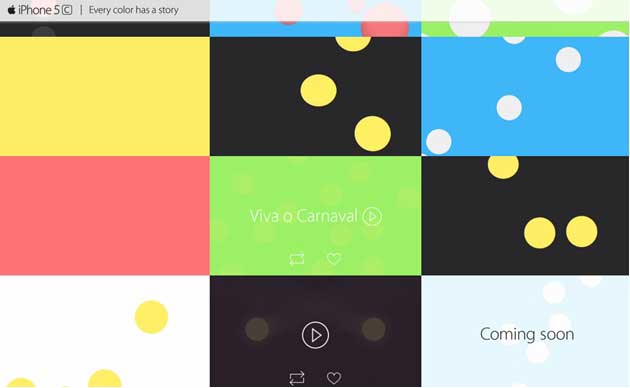 Getty liberates 35 million photos. On your marks! Getty's made over 35 million photos free to use—an effort to fight piracy and get people back on its platform. Grab an unwatermarked free photo directly from the site via its social media-friendly embed tool. The BBC speculates that this process leaves Getty the option of serving advertisements on embedded photos in the feature. 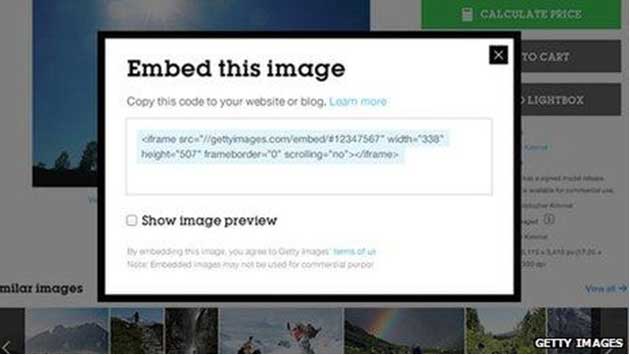 Native advertising made easier. inPowered has opened its platform for free use, enabling you to find the most popular articles about your (or your competitors') products or brands. Articles appear with stats on readership and shares, associated topics, topic experts, and more. Use this feedback to amplify that content with advertising. Here's what we get when we run a search for Netflix: 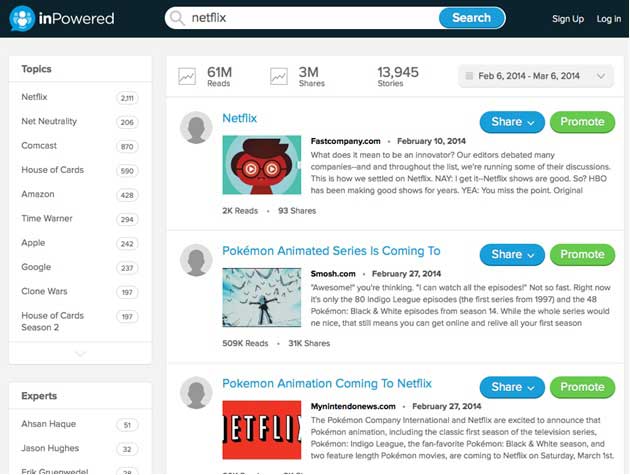 Tweet like a boss. Business2Community gives you 17 tips for rocking Twitter with a winning 140-character personality. It comes complete with a worksheet (download) for helping you find the perfect Twidentity. B2C's logic: once people get Twitter, they finally get social as a whole. So get started. Could you be the next Arby's? (Is that even what you want?)

Instagram inspiration from influencers. (Say that five times fast.) Nitroblog compiled Influencer photos that you can use to glean practical inspiration for your own Instagramming. The photos are organized based on what you can learn from them. Pro tips: zoom in on the details... and please, be neat! 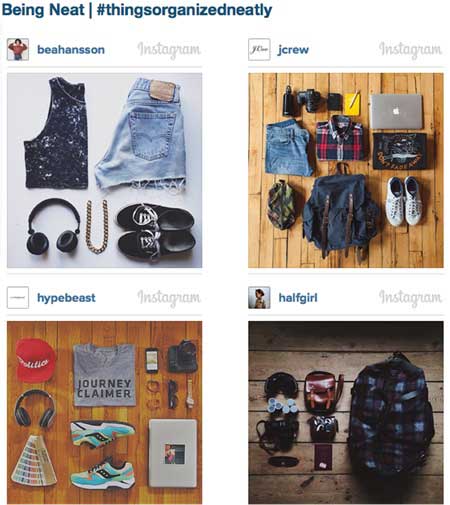 Don't you ever just wanna take a poll? It's so much easier than organizing a focus group to yea or nay your prospective color scheme. Thumb lets you ask its mobile app community for opinions on anything, accompanied by an image. Pollsters can be targeted by gender or age. Results start coming in seconds... like magic. It's the hivemind in your hand.

A little help from your friends. Need some social help? SideraWorks is host to The Library, a content community for social businesses. Its Resource Library is packed with articles and SlideShares to help you educate colleagues about the importance of social in enterprise, like this one:

Snapchatting for snacks. This week, Grubhub, a food delivery service, is holding a Snapchat-based scavenger hunt. The spoils: $50 of free food. Follow it on Snapchat; each morning it'll post a challenge that requires you to Snapchat something back to them. Ten daily winners will be chosen at random. This is a seriously smart use of the platform's merits, which include speed and playful exchanges. Plus, the campaign's great for college students, whose Snapchat courters also include McD's and Taco Bell. (Image via Digiday; you can read its article in the prior link.)

Say hello to your new News Feed. Facebook's formally updating its look with a pared-down News Feed. A few highlights: "All Friends," "Groups," and "Photos"—those feeds you never used anyway—are being removed. Clutter was reduced, and a giant search bar now spans the header. Interesting note: it looks way more like the mobile News Feed. 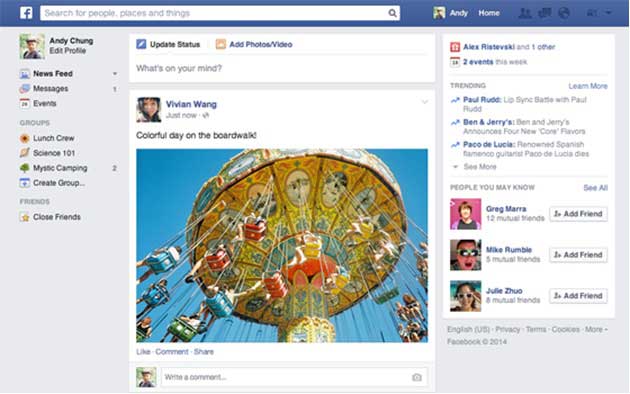 Its ad platform's changing, too. Last week we reminded you that Sponsored Stories—which show you what sponsored posts friends interacted with—will be leaving Facebook on April 9. Social Bakers compiled other upcoming changes, like the ability to group ads by campaign, and to target users by behavior. the interest and geographic targeting features are also being simplified, making it easier to target by location and #keyword.

Speaking of targeting, let's talk Facebook reach. Social Media Examiner explains what it is, how it works, and the difference between organic (reach you get naturally) and viral reach (reach you get from people who see your content because someone interacted with it). Also, did you know you can see (and target to them) when your fans are online? 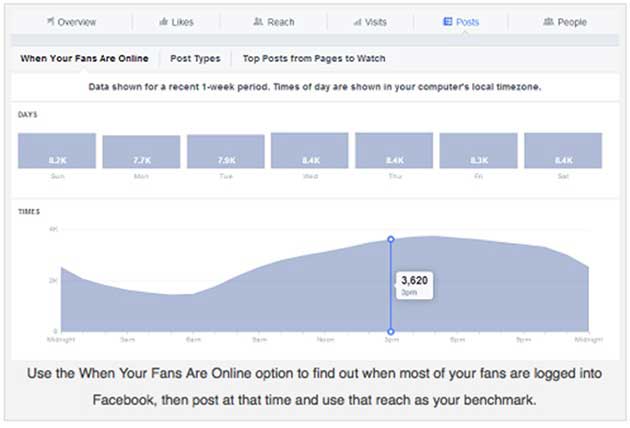 Facebook's also in negotiations to buy Titan Aerospace... a drone manufacturer. (Has no one learned from the Netflix spoof?) NY Times thinks Zuck will use the technology to further his Internet.org project, an effort to get everyone in the world online.

Let's wrap with an existential reflection: Check out Facebook's latest ad campaign, "Where will your friends take you?" (Replace "friends" with "drones," and imagine away, brave marketer.)