This week gave us a deluge of actionable tips for improving social strategy. See how Salesforce.com is taking on HootSuite, learn what Facebook has in mind for videos, get a breakdown of 10 effective types of social media posts, and take a look at Twitter's latest effort to facilitate e-commerce in fewer than 140 characters. Skim to free your muse!

One perfect shot. Twitter account @OnePerfectShot has a super-simple and compulsively contagious raison d'être: capturing cult films with just one shot. We're intrigued and obsessed. But in addition to finding the perfect shot for North by Northwest, it illustrates a dominant idea for succeeding in social (and communications in general): be brief, be impactful. You only get a shot's worth of time.

Call of Duty calls in Underwood. This week's top branded video is the trailer for Call of Duty: Advanced Warfare. Its narrator (and villain) is the one and only Kevin Spacey. Clearly channeling his Frank Underwood character from House of Cards, Spacey rails, "People don't want freedom. They want boundaries, rules." Meanwhile, a futuristic war rages under an oblivious blue sky. 14 million views and counting.

Facebook launching video metrics. Before our margaritas had time to work their devilish Cinco de Mayo magic, Facebook announced plans to launch video metrics, which will include video views, unique views, average view duration, and audience retention—making it easier to decide what your fans like, and providing incentive for you to use Facebook's own video uploading feature instead of links to YouTube. 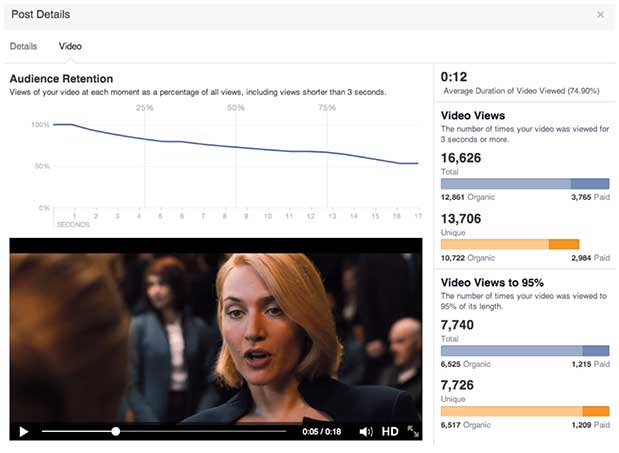 YouTube optimization made easy. Richard Jeng has compiled a thorough (but quick!) guide for driving traffic to your lovelorn YouTube videos. The list of tips includes using YouTube's Keyword Tool to research hot keywords, effectively naming video files, enabling closed captions, and incorporating calls to action. That's just the start. This is one of those quick-reads that, if followed, will yield results this afternoon.

Say hello to your digital Rolodex: Evernote! Evernote and Linkedin are partnering to make business card-stacking, and the inevitable forgetting of said cards, a thing of the past. Use Evernote to snap a picture of your business cards. It'll recognize the data and, if your account is connected to LinkedIn, it'll grab that person's job title, company name, and other details from the LinkedIn account. Add notes as usual. The value-add is clear: Evernote becomes your ultra-thin Rolodex, accessible from any device. Current Evernote users can connect their LinkedIn accounts now and get free service for a year (it's typically a premium option); LinkedIn CardMunch Scanner users can also score a free year. For now, the app is iOS-only (but an Android version's coming). We've tried it; apart from a few text-recognition errors (minor), it works like a charm.

Pinterest hits the big time. FYI Network is partnering with Pinterest for "We're Moving In," a new series that follows a houseful of friends who use Pinterest to decorate, plan, and dream. "By tapping into the highly engaged Pinterest community, we're able to bring that same unique creativity to the series," says president Jana Bennett of FYI. As for Pinterest, brand manager Everett Katigbak says he hopes the series will show how the pinning site drives inspiration and action. Guess they haven't seen PinterestFail.com.

Tweet it now, buy it later. Now, when you see an Amazon link for something you want in your Twitter stream, you can reply to the tweet and add #AmazonCart, which will automatically put that item in your Amazon shopping cart (as long as your Amazon account is connected to Twitter). Think of it as catch-up TV for shopping—and a new effort by Twitter to keep people (and shoppers) in-stream. 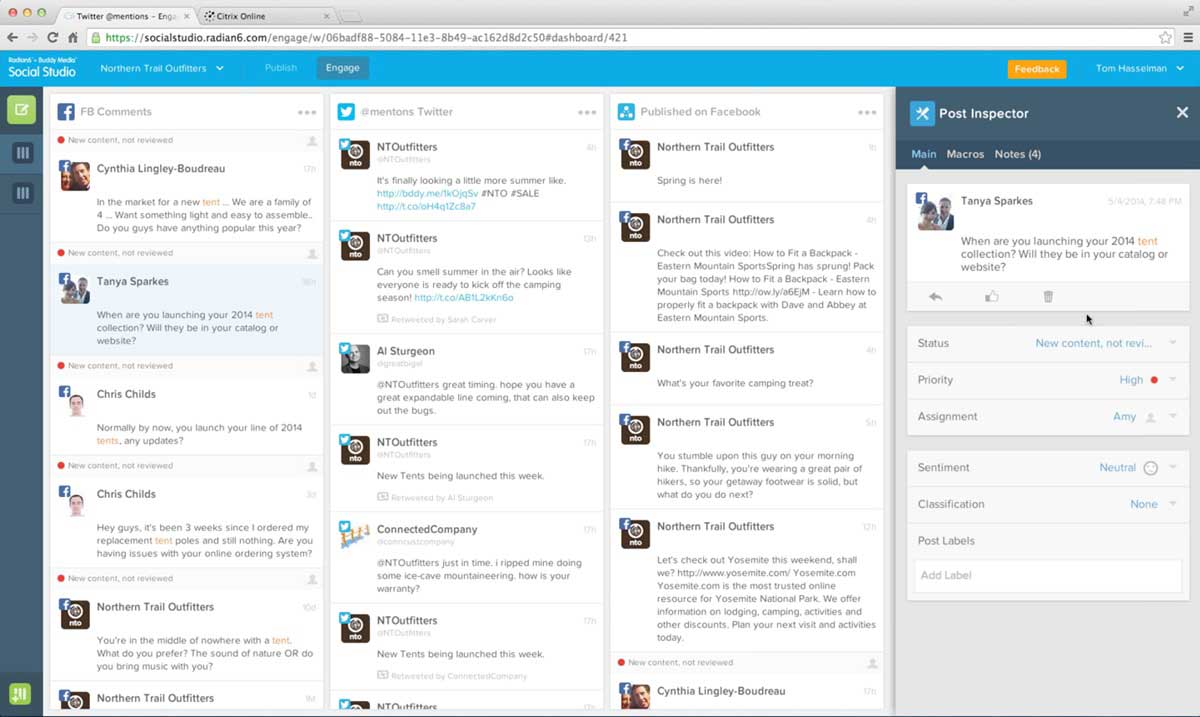 Live video on your website. Video-chat startup Rounds launched a Chrome extension that lets you add "video bubbles" to your webpage—enabling live video chat. Up to 12 users can chat at the same time. Because isn't it nice to "socialize" with actual faces?

Insta-watermark. One of the frustrations citizen journalists—or fledgling photographers—is that once they tweet photos of the incredible things they're seeing, those photos can easily be appropriated and used without crediting them. Tagg.ly mitigates that problem: With one click, create a watermark on your image, featuring your name, location, and timestamp, or simply a logo. It doesn't make just journos' lives easy; it makes it easier for media outlets, and even brands, that want to credit or contact them for use. 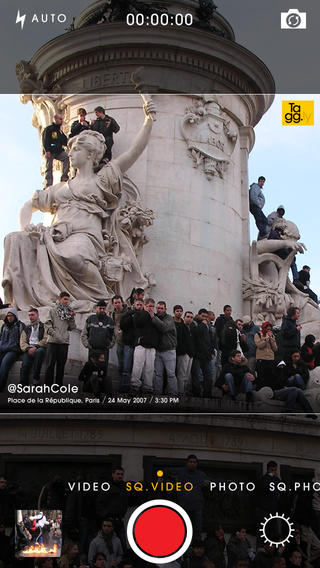 I want to be a social star... but what should I post? With so much you can say or do on social, the options are paralyzing, so Tiffany Monhollon gives you 10 effective ones right off the bat. A launch party is a great opportunity to post a behind-the-scenes snapshot on Instagram, or maybe you can share a little-known deal or tidbit with followers on Twitter. Is it Friday? A meme or a fan shout-out will do. There's six more where those came from.

Socialize your WordPress. WordPress is among the most robust blogging and site-building tools out there, but learning how to use it often feels like learning a new language. Thankfully, adding social widgets isn't so hard—once you know where to start. This short (and not-scary) article will make you a social plugin pro in no time!

Rethink real-time. David Armano, one of our favorite writers in the space, explains why brands should switch from thinking about "real-time marketing" to building responsive brands. He also illustrates how to rethink your core social support teams and structure your content strategy. Why do we love it? He doesn't just rage against knee-jerk marketing; he describes the value of changing your mindset and walks you through it. The transition seems intuitive. 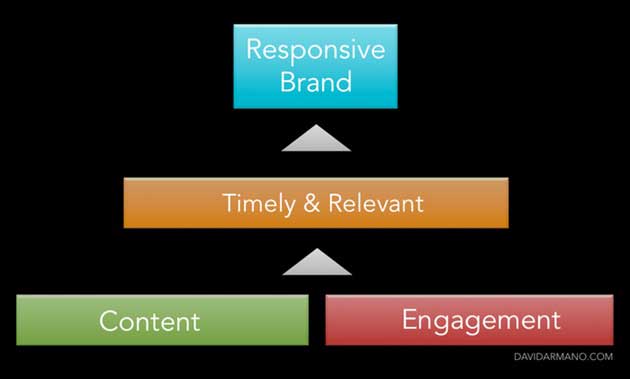 We'll wrap with a poignant video that made colleagues and friends alike tear up and hug. Gary Turk's "Look Up" poetically describes how the availability of everyone, everywhere, anytime—at the push of a button—makes for less human intimacy. With your phone beside you, packed with a-la-carte contact, it'll leave you feeling hungry for real company. And you won't be the only one: The video's racked up 30 million views. The takeaway: have a (truly) social weekend.