Be among the first to scope out Facebook's plans to double some ads and help users separate truth from satire, Twitter's experiments with users' timelines, a veritable Vine-fest, new user insights for Tumblr, and how much money the ALS #icebucketchallenge has raised. Skim for the scoops.

When Apple gets an Emmy. Over the weekend, Apple left the Creative Art Emmys with the Emmy for best commercial. The spot, "Misunderstood," ran over the 2013 holidays and depicts a boy who seems to be more interested in his smartphone than his family... but there's a tear-jerky twist! The piece works because it touches on our growing, obsessive intimacy with technology, our need to connect on a human level, and Apple's uncanny ability to bring both out in us at once. How many products have that power?

How much did the #icebucketchallenge make for the ALS? Over $13.3 million since July 29, compared with $1.7 million this time last year. Despite cries of #slacktivism from those who consider it an excuse to waste water and go viral with no real benefit to the 30,000 Americans suffering from Lou Gehrig's disease, it would appear that this contagious stunt will go down in the books as having done some good. (To be fair, though, the stakes for joining the game are slightly higher than posting your bra color on Facebook for breast cancer awareness.) In related (tragically ironic) news, the 27-year-old co-founder of the ALS ice bucket challenge recently drowned.

It's easier than ever to plan a Vine. Vine's just launched new tools that, among other things, let you upload and edit existing videos—features that put quality control in your hands. (Before, you could create Vines exclusively in-app, and had to get it right on the first go.) Editing features include a front-facing camera (for selfies!), a button that lets you repeat shots, mute to cut audio, and a "torch" mode that lets you shoot in the dark. The rollout hits iOS this week, with Android to follow soon, making it easier to access (and impress) the 100 million people that watch Vines every month.

Speaking of rad Vinery, here's a cute (and sponsored) Vine by Rob Ayala for the HP Pavilion x360, part of its #BendtheRules campaign. However you like to Vine, a sense of spontaneity and surprise goes a long way in this six-second video medium.

Fanta Vines it up. For a new campaign dubbed #FantaFortheFunny, Fanta's working with Vine personalities AlliCattt, Jason Mendez, and Mighty Duck—dubbed the project's "Executive Comedy Team." It's not quite the Fanta girls; it's a fresh, more self-deprecating kind of funny that reinforces Fanta's "unending fun" mission for a new audience:

Because you need Facebook to clarify satire. In a time-strapped generation, many people just read the titles of articles shared on Facebook or Twitter, then share or comment on them without actually reading them. Sometimes those articles turn out to be satires dressed up as news. That's why Facebook is testing a feature that labels stories from sites like The Onion as "satire." It's the result of feedback from users who've probably shown up one too many times on Literally Unbelievable, a site that screenshots people commenting on articles they've mistaken for real news. The feature's being tested on a small scale. 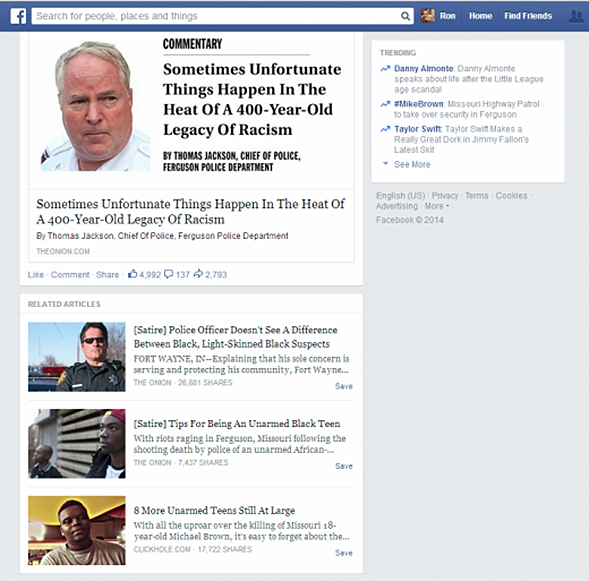 Double your pleasure, double your views. Facebook's unrolled a feature that makes it possible for brands to serve two ads per day, up from one, on News Feeds of users who haven't liked the brands' Pages. This month an email explaining it was released to agencies (an excerpt appears below). However, you're still limited to four ads per day for users who've Liked your page, and total ads seen by users per day will not rise. Sounds like there's gonna be less socializing and more broadcasting on our socnet of choice. Digiday's got the scoop. 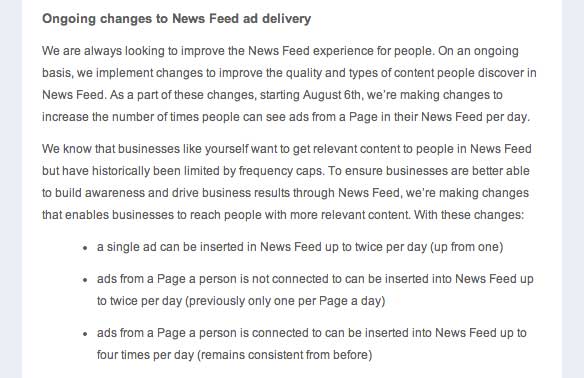 When is a Retweet not a Retweet? When it's a Favorite (or a Follow). Twitter is testing a feature that makes tweets from people users aren't following appear in the feeds of others. In these cases, you'll be informed that you're seeing a tweet because a friend of yours Favorited it or is following the author. That's great for brands until users find out... and possibly start rethinking those once-private little efforts before they make them. But it looks like Twitter's hell-bent on making this work: It's updated its official policy to make it clear that Twitter decides what you see in your timeline, not you.

Free Twitter tools for marketers. The Next Web's compiled 59 free tools to help better navigate the storm that is Twitter, from monitoring to analytics to hot hashtags. Our favorite find? RiteTag (shown below), which lets you gauge a hashtag's reach and popularity while providing suggestions for alternatives to try. For Twitter-based marketing, this might become your best friend. 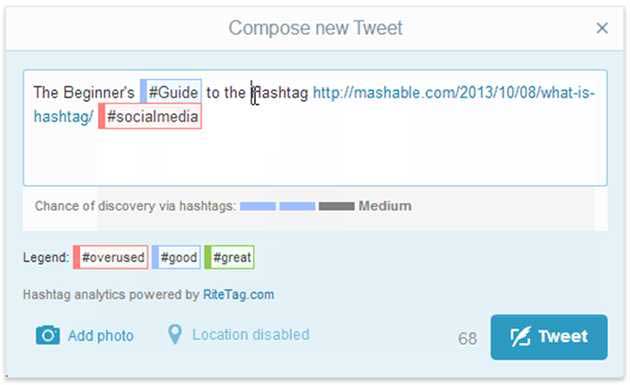 Tumblr: scanning pics for brand love. Users post 130 million photos a day on Tumblr, and beginning this week, with help from Ditto Labs, the Yahoo-owned blogging platform will begin parsing those images for insight on users' brand affiliations. While it doesn't currently plan to do anything ad-related with the data, we can only imagine the implications: Wouldn't you want to advertise to anyone who's posed with your good in hand?

Watch for these comments. Jeff Bullas outlined the six critical types of social media comments you should be ready for, ranging from positive to crisis. Which do you ignore, remove or respond to? How should you act when the social waters start boiling? He also provides a list of tools for comment monitoring and suggests you set up a set of house rules to set users' expectations from the start.

Sad you didn't get any retweets? You're not alone. A SocialFlow study finds that 99% of organic (unsponsored) social posts from Twitter, Facebook, and Google+ get little to no engagement. But keep your chin up and remember the long tail: Businesses that do moderately well can still achieve strong results, or, in the words of CEO Jim Anderson, "Most every show's ratings look weak if you compare them to the Super Bowl. But that doesn't mean that everyone else should just give up on creating great programming." 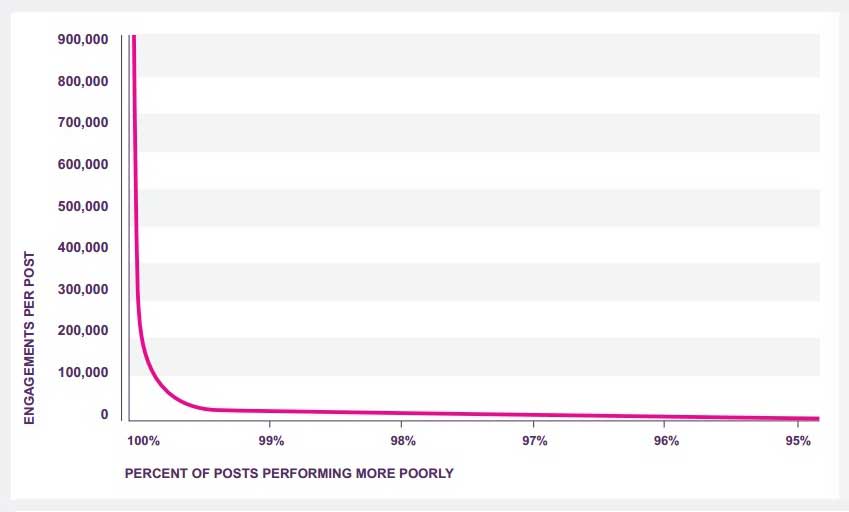 Snapchat: Getting in on the ads act. Snapchat's partnering with advertisers and content providers in preparation for Snapchat Discovery, an upcoming service that will provide news and ads from media firms. Rumored to launch in November, Discovery will let people read news content or watch clips from movies and shows when they hold a finger on their smartphone screens, after which the content will disappear. One of the first possible content providers will be MailOnline.

We'll wrap with something saucy. A1 markets its capacity to jazz up other non-steak foods in this hilarious adaptation of our increasingly complicated relationships (courtesy of Facebook). The ad doesn't just score great satire points; it's also a great way to get people to see differently a product they thought they knew, while riding a cultural wave that's both universal and deeply personal. Also, it'll make you think twice next time you think your relationship's getting a little too... saucy.