Do you want to pay to play? Find out how ad spend in social media is evolving. You'll also learn eight ways to use Hyperlapse for marketing, what a brand enthusiast actually looks like (and where her value lies), and how to run searches through Twitter in a way that brings better results, fast. Skim to boost your social smarts!

Think of your furry friends. Budweiser released an ad for its own Be(er) Responsibility Day that's shot up the viral ad charts with a friendly, unpreachy glimpse into the life of a 20-something who's responsible with his beer—which matters, because his sweet dog (gold currency in social) is counting on him. The ad, at 13 million views, also scores because it avoids overexploiting the cute pet factor. The ad includes a hashtag, #FriendsAreWaiting, which people are using to fawn over the ad and also promote Budweiser's efforts, every September, to keep drunk drivers off the streets. Nice!

Sorry for algebra! Muslims worldwide have adopted #MuslimApologies, a hashtag being used to publish tweets that attempt to counter demonization of Islam by reminding people of Muslim contributions. Building from the more serious #NotInMyName, used by Muslims to denounce terrorist groups, #MuslimApologies is a hair more hipster—but no less weighty. Used over 30,000 times in the last two days, "apologies" include "Sorry for Algebra, cameras, universities, hospitals, oh and coffee too."

Never again struggle with string around your finger. Twitter and Amazon found a clever way to get people to promote products while adding value to the act. Building on the #AmazonCart service launched earlier this year, the #AmazonWishList hashtag lets you put items in your shopping cart when you reply to a tweet. Simply connect your Twitter account to Amazon. When you see a tweet with an Amazon product link to something you like, reply with #AmazonWishList. The item will be wish-listed for you automatically. 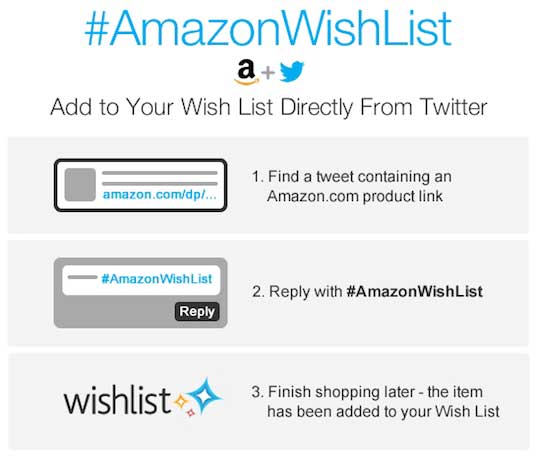 What next for Hyperlapse? Christian Karasiewicz rounded up eight ways to use Hyperlapse for Instagram marketing. Tips include building buzz for new products, as in the Foot Locker unboxing video below. You'll also learn how to use Hyperlapse to sell an experience, or bring people behind the scenes of an anticipated event.

For those who prefer Vine, don't worry: New Media Rockstars brought together its eight favorite stop-motion Viners. (Yes, with Vine's new uploading tool, you can use Hyperlapse for Vine, too! Just don't exceed six seconds.)

And speaking of unboxing—the act of watching people literally unbox a new product for the first time (it's even a hit with toddlers!)—the Blue Man Group created its own tongue-in-cheek take on the trend. In the video, below, watch blue hands try, with bizarre reticence, to unbox a new iPhone. It doesn't just remind us of the potency and strangeness of this cottage industry, it also points to the aggressive attention Apple pays to pretty packaging. How can you ruin it?!

Twitter search for better results. This list of 10 ways to search Twitter more effectively will make it easier to get what you want out of the textual weedbed that is Twitter, including quotes or phrases (search with " " around the phrase), tweets that include two items (effective use of AND and OR), or excluding tweets with a certain term (the minus symbol). You'll also find out how to embed or save searches. Now you can put down the garden shears.

Put your selfie where your mouth is. Imgur user SnideOctopus is building an app that lets you submit selfies in response to a challenge (e.g., "best dinosaur impression"), and viewers can up-vote the best ones. The result, Pickle, hasn't launched yet—but watch this space for the next craze. (Because we were all tired of duckface, weren't we?)

Mythbusting the Brand Enthusiast. To start with, they're not all discount-crazed, middle-aged moms, per a new StrongView report! Brand enthusiasts are pretty evenly distributed in age, income, and gender (47% female, 53% male). Savings matter less than you think: 47% say sales or discounts influence their purchases, versus 80% who are driven by product or service quality. What's more, Enthusiasts are four times more likely to spend more with your brand in the future, and 77% have purchased an item the brand recommends. 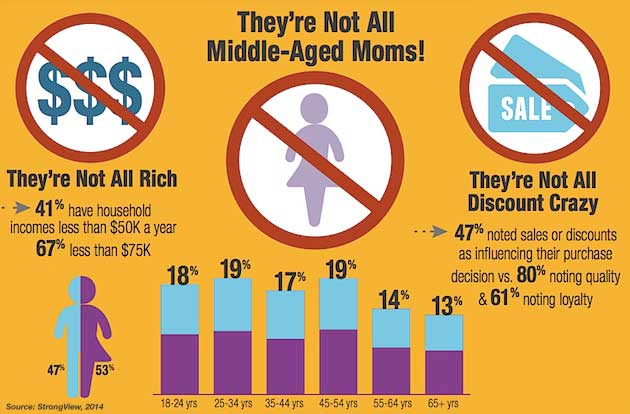 Social media: the small business darling. A report from BIA/Kelsey finds that 74.5% of SMBs use social media for business promotion—more than any other category of media. Facebook's most popular with 55.1% of SMBs having a Page, and 20% of respondents have run a Facebook ad or promoted post. Some 21.4% of total media budget is spent on social, with robust use on LinkedIn, Pinterest, Instagram and Twitter's promoted tweets as well. 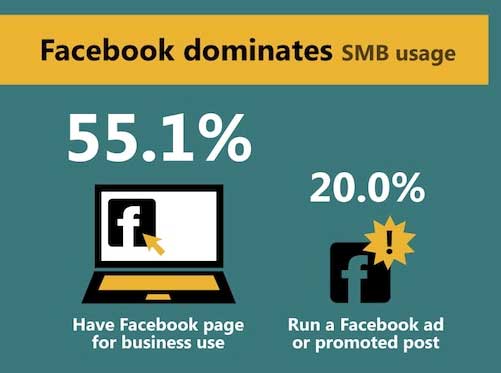 What happened to free social media? On social, it pays to be creative. But for megasites such as Twitter and Facebook, visibility increasingly has a cost. The Guardian's written an exposé on dwindling organic reach across socnets, including Facebook (where organic reach was at 6% for brand pages—and still plummeting—as of February, per Ogilvy). Organic tweets also reach about 10% of followers before being drowned out, and Pinterest plans to monetize its platform with Promoted Pins, for which there's currently a waiting list. The Guardian speculates it may then start restricting the types of branded content (read: free branded content) users are exposed to. If you plan to invest in sponsored social advertising, test your content to ensure you're promoting the strongest performers; a good interaction yield for a Sponsored Tweet is about 3%. 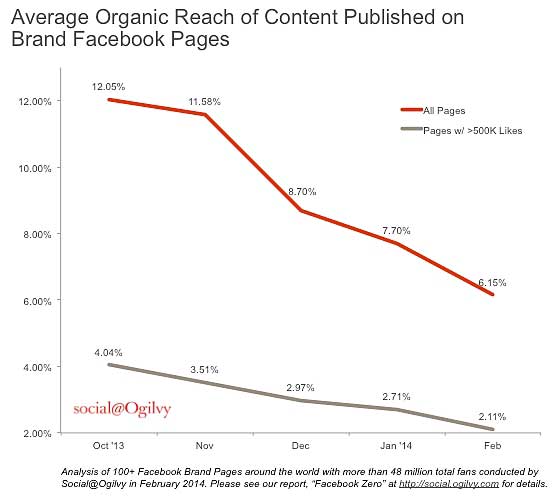 It's the social gold rush! BI Intelligence finds that social ad spend growth is driven by more reach (especially on mobile), better analytics, and performance. US social media ad spend is up 40% this year and will hit $8.5 billion by year's end, reaching $14B in 2018. Spend is strongest on mobile social ads, which will surpass non-mobile spend by the end of this year. In 2018, mobile will be home to two-thirds of social media ad spend. This is also driving up costs as performance and targeting improve, and as space becomes scarce (Facebook, for example, likely won't increase the number of ads a person sees, even if more advertisers bang on the door).

We'll wrap with something geeky. Piling on the endless stories about Apple's iPhone 6, GadgetLove.com created a GIF that lets you see how the iPhone's evolved over the last seven years. In addition to being anthropologically interesting for tech geeks, this example also shows how you can use GIFs for more than just requesting the highest of fives.