Learn what Facebook now prioritizes in its News Feed, and why users come back to it over and over. You'll also score a primer on how hashtags work across different networks, Twitter benchmarks for the new year, and a site that brings together all the trends you'll ever need to navigate Tumblr. Skim to stay up to speed.

Love is on... a hashtag. For Valentine's Day, Revlon partnered with Google to create the #Loveison campaign. Users could visit the site  to send loved ones a GIF (presumably of kisses?); the best were chosen to appear in a Times Square ad. As a result, love was on all over our socnets: 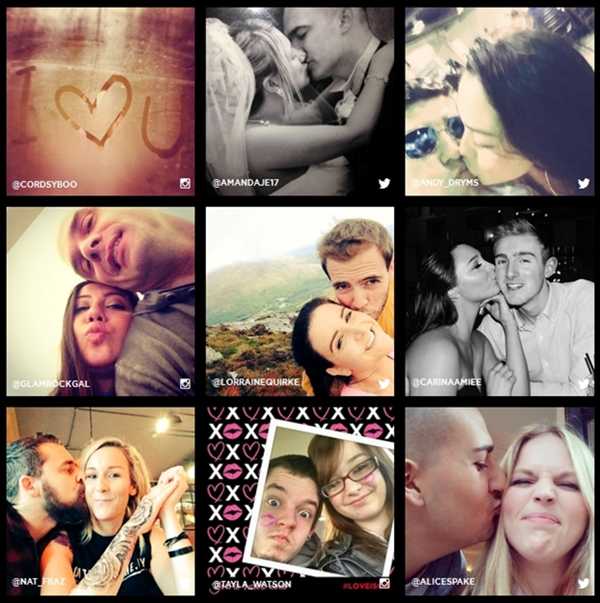 Happy 10th birthday, YouTube! YouTube's turned 10, and the Washington Post published a huge article on how it went from innocuous beginnings—a video of co-founder Jawed Karim at the San Diego Zoo (below)—to a major player in the cultural zeitgeist. Dig in to geek out on the realest reality TV we've ever had.

Product ads hit Facebook. Facebook's launched a way to help businesses promote a few products, or their entire catalogue, across all devices. Create campaigns that target certain audiences; otherwise, Facebook can automatically deliver the most relevant products to users it deems fit. You can show your products in either single- or multi-product ad units, and customize your ads for different points in the consumer journey, from discovery to purchase. 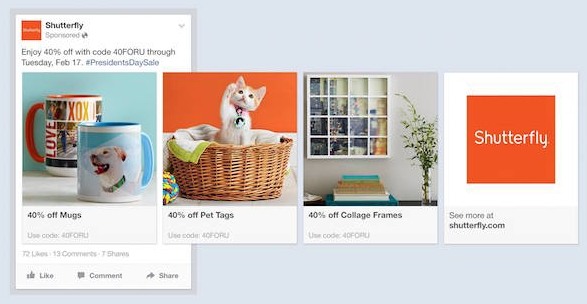 Photos now less valuable to Facebook. The world has changed, and Facebook's algo with it. A SocialBakers study finds that of all other post types (text-only, text with links, text with photos, and text with videos), photos now generate the least reach of all. At the top of the list? Video. The decline's been steady, since photo posts are the most-promoted, but it plummeted after 3Q14, when video was introduced. Per SB, expect "a 135% increase in organic reach, on average, when you post a video instead of a photo." Time for a strategic adjustment.

Because your Facebook photos weren't weird enough. In its latest effort to get people using its Stickers feature, Facebook's mobile app now lets you add them to the inside of your photos. The rollout will happen on Android and iOS. Expect your News Feeds to reflect a world that much closer to "Roger Rabbit." Though this update may seem cheesy, a study finds that among socnets Facebook is the one that manages to meet users' expectations the most often. 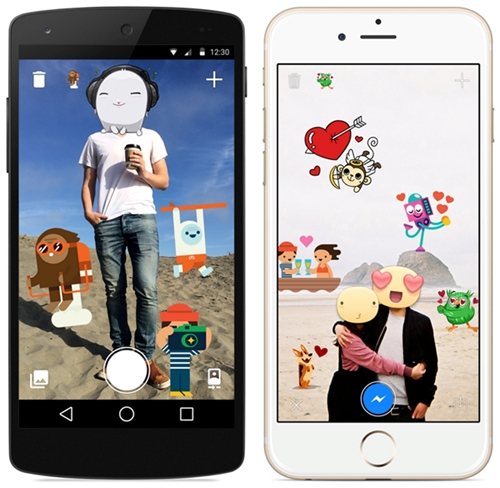 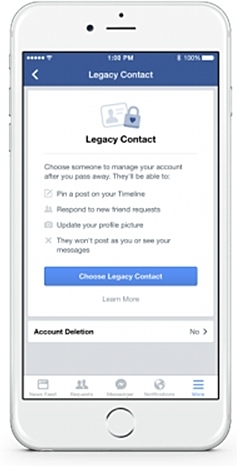 New photo layouts for Twitter? Twitter's trying out new layouts for displaying multiple images in a tweet. Since it's still in test mode, mosaics might appear different each time. The Next Web speculates that the new formats will soon support GIFs, Vines, videos, and other mixed media in a tweet. Won't that be fancy?

Twitter snaps up Niche for monetizing tweets! Niche provides software, community, and monetization services for the creative community. Twitter hopes the purchase will drive more brands to partner up with Viners and other creatives to promote their wares. Here's an example of work Twitter's done in collaboration with Niche:

How brands use Twitter. A Simply Measured study found that tweets by big brands rose 11% on average between 4Q13 and 4Q14; those that tweet at least once a day rose 92%. Better yet, per-post engagement rose 85% year over year—meaning that (unlike with Facebook), the more brands tweet, the more engagement they're getting overall. Tweets with photos made up 55% of tweets and accounted for 57% of all engagement, and tweets with at least one hashtag averaged 184 replies and retweets each (versus 146 for non-hashtag tweets). 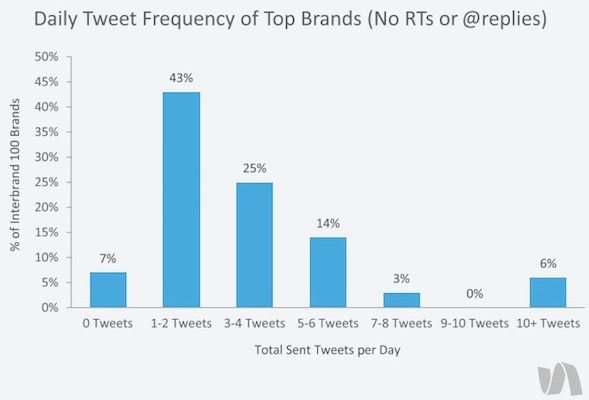 How hashtags work across different social networks. Hashtags can be used to achieve different goals depending on the social network you're using, and moz.com broke it down for you. Platforms accounted for include Twitter, Google+, Instagram, Facebook, Pinterest, Tumblr, and Flickr. Find out which special characters Twitter supports in hashtags, and in what context a hashtag is most effective: For Twitter, it's during chats and events, whereas hashtags on Instagram are ideal for building a follower base. On Tumblr, you can increase the discoverability of your content. The article also includes tools to help manage hashtags for each platform, and a chart at the end that summarizes all findings.

Find your fandoms on Tumblr. Tumblr's launched Fandometrics , which tells you what's trending in the current week in TV shows, movies, games, and more. Think of it as rich insight into pop culture as its, well, Tumbling. (Yes, "50 Shades of Grey" topped the movie list. You're welcomed.) 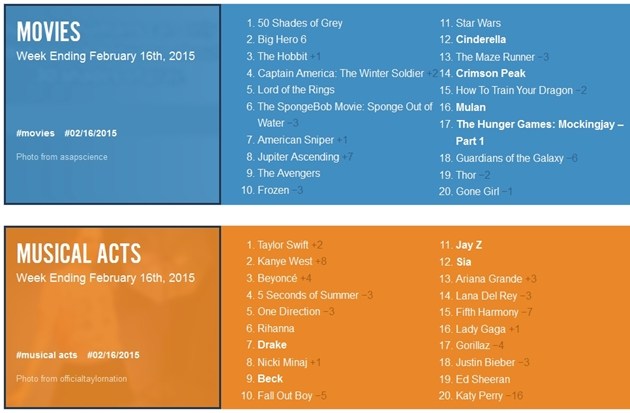 A real-time search engine for social networks. Wayin now lets you search through the data streams of Instagram, Facebook, and Twitter—in real-time! The results are broken down by location, gender, or time period. You'll also be able to gauge sentiment, context, and the conversations around your findings. 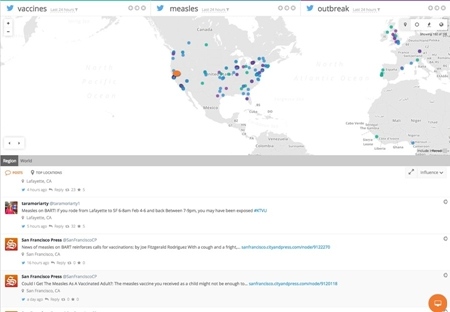 We'll wrap with a '90s throwback. Jimmy Fallon's YouTube channel scored chart-topping status with a sketch that reunited cast members from "Saved by the Bell"—at Bayside High, with him right in the middle of the action! At 28 million views, the only question that beats how Kelly Kapowski still manages to pull off her cheerleader uniform is how Slater wiggled into that leotard.