#SocialSkim: Amazon Launchpad for Startups, Plus 13 More Stories in This Weeks Roundup

Get a breakdown on Launchpad, Amazon's new support program for startups launching new products. You'll also learn about Yahoo Livetext, how to manage relationships with short-form content creators, which socnet is growing the fastest, and whether Twitter is really cracking down on stolen jokes. Skim to stay in step.

Need a Launchpad for sales? Amazon's released Launchpad, designed to help startups onboard and market new products for the first time. The program provides custom product pages that let you interact with customers in a Q&A format, and access to marketing tools—including Vine customer reviews (so much funner than your average testimonial) and personalized recommendations.

The win? Startups get retail visibility for lower up-front costs and with an instant social layer; shoppers get fast access to new-to-market products, with special categories that include "Funded on Indiegogo" and "Connected Products."

Yet more evidence that social mechanics are crucial to the future of retail. 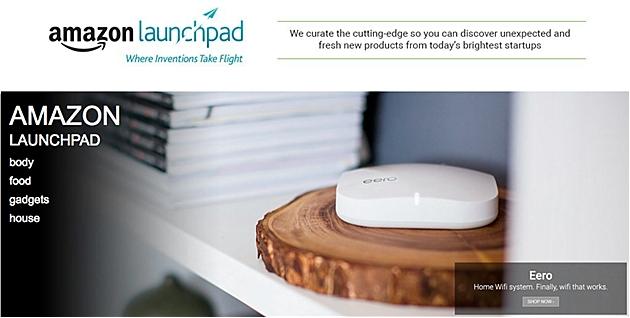 Yahoo gives us Livetext. Available on iOS and Android, it's the media company's response to the GIF-and-Periscope generation: Send a friend a livestreamed video that's all visuals and no sound. (Include a text overlay if your imagery requires context.)

Yahoo calls it a way to make texting-based conversations more expressive. Maybe there's something to be said for using your own shocked face, in real-time, versus Oprah Winfrey's, but the app's already got a pretty awkward usability flaw.

That's according to an infographic from WebpageFX that compares Snapchat's user-building trajectory to those of Facebook, Twitter, and Instagram. Four years since launch, it boasts 200 million monthly active users who send 400 million snaps per day.

Though it hasn't yet made any money, recent tweaks have resulted in significantly more visits to its branded media Discover section, Digiday observes. It also made it possible to share Discover articles and videos when a user presses the screen—giving publishers an extra engagement boost among teens. 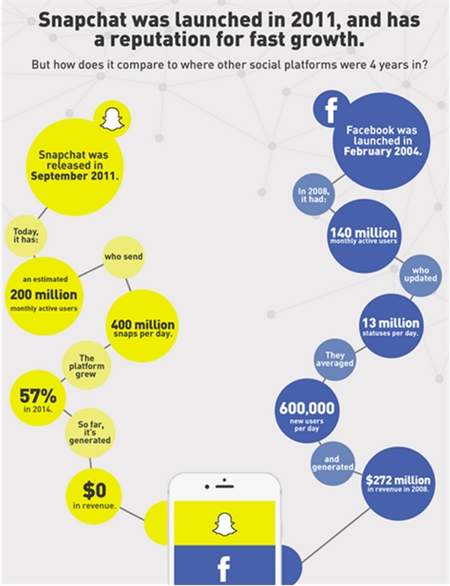 3. We give you Apple Music's first-ever Snapchat Story

It's a new world: Apple Music is on Snapchat, arguably the scrappiest social network it could ever have chosen—and a tribute to Snapchat's influence among teen and college-aged users.

Unlike early Snapchat experiments by the likes of McDonald's and Taco Bell, Apple Music's debut attempts are tightly produced: Interviews with radio deejays, and popular music synced across different locations.

Check out the tiny production below (it's a collection of multiple Snaps wedded together into one "Story"); and to find out more of what Apple Music has in store, follow "applemusic" on Snapchat.

4. Need infographics but can't use Photoshop?

There was never a better time to be born. Tamas Torok's compiled seven tools that let you create infographics, accounting for usability, price and pro functions, restrictions, customizability, and more.

A couple of favorites are Easel.ly, which has a basic free version and a customization-rich Pro version for just $36 per year; and Canva, which lets you pay based on which elements you use. (It also provides templates in a social media-friendly size ratio, shown below.)

The end of the article also includes Hubspot templates for creating infographics in PowerPoint, as well as a link to even more templates. Start creating! 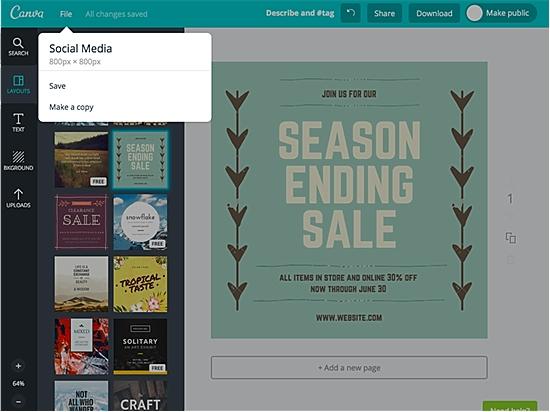 Quintly's got the highlights. The average Facebook page posts twice a day, a figure that varies depending on page size (generally: The more fans, the more posts). Links and photos remain the most popular post types.

Instagram users post once a day on average, although once accounts hit the 100K follower mark, they post twice a day, on average. Image and video interaction rates remain stable in proportion to follower size (pages up to 1K likes get 23 interactions, on average; 10M+ followers get about 570K interactions per posts). Posts get 29 times more likes than comments.

As for Twitter? The average user tweets just over five times per day; profiles with up to 100K followers hardly reply to others. 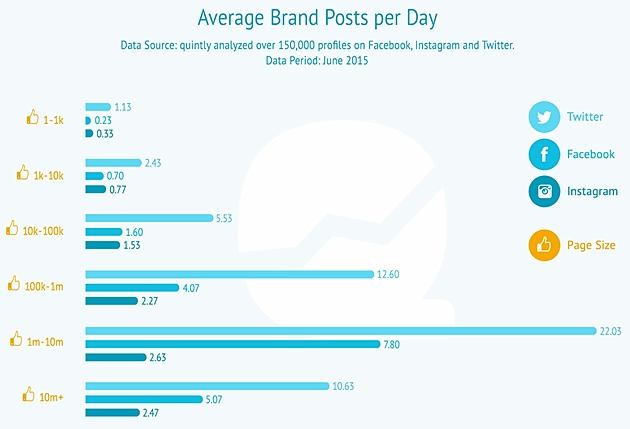 6. A checklist to ensure your social media game's on point

The Whole Brain Group made a checklist that helps you optimize different socnets. It starts by asking you to define a target audience in detail (just fill in the blanks; you should be a pro at this), then review the content you have to share.

A section on Facebook asks you to define a monthly budget and decide how many times per day you'll post, while reminding you to tag people and pages, respond to comments, and create events. (Pro-tip from the 'Profs: It also advises you to ask people to comment, like, or share posts, but we advise doing this only on sponsored posts, where Facebook is more permissive. Doing it on basic posts will result in lower reach.) Once that's filled out, it will serve as a great strategic reminder to keep somewhere near and dear.

Below, examples of the checklist sections for Twitter and LinkedIn. 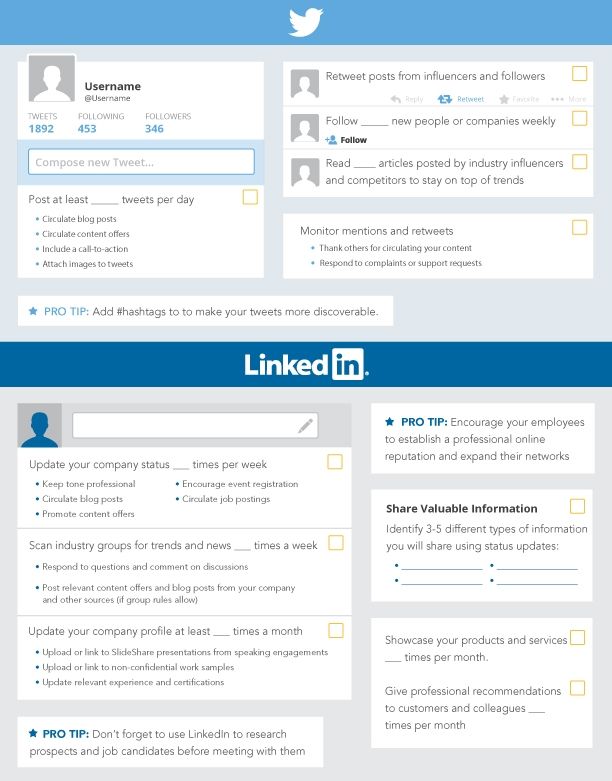 No surprise there, but Locowise has more figures for you: 79.6% of Pages now use Facebook videos, the engagement rate of which is 97% higher than those of YouTube videos on Facebook.

As for whether there's an advantage to posting YouTube videos on Facebook, Locowise is blunt: "None. Not as far as we can see." (Though, of course, you should still be posting videos separately on YouTube.) 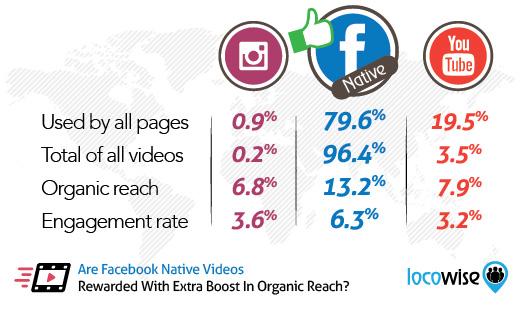 8. Ever wish you had more tags on your Facebook profile?

You know, kinda like on LinkedIn, where you can be tagged with "digital marketing" or "content strategy"? Facebook's testing a similar model, where you and your friends can tag you with phrases that describe you both professionally ("graphic designer") and personally ("thinker," "happy camper"). You may refuse tags if you wish.

The profile tag feature's being tested in New Zealand—but if New Zealanders prove to be tag-happy, expect to see them in your profile soon. Maybe it means strangers will spend less time scrolling through your photos (but we doubt it). 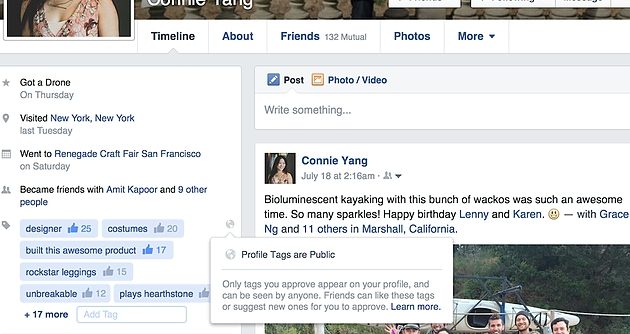 A new app called Tagplay makes it easier to update the social data that appears on your website. The service divides your website using different types of hashtags; when you write an update on Facebook, Twitter, or Instagram, simply use the hashtag that applies to the page you want to update. Voilà! Instant search engine candy.

This is great for updating opening hours (do it on Facebook, then never again), providing menu or software updates, and more. Fans and users can also use the hashtags to update your site, making it great for UGC campaigns. But be careful: If you're ever caught in a social crisis, your "About" page might not look so pretty. Check out the demo. 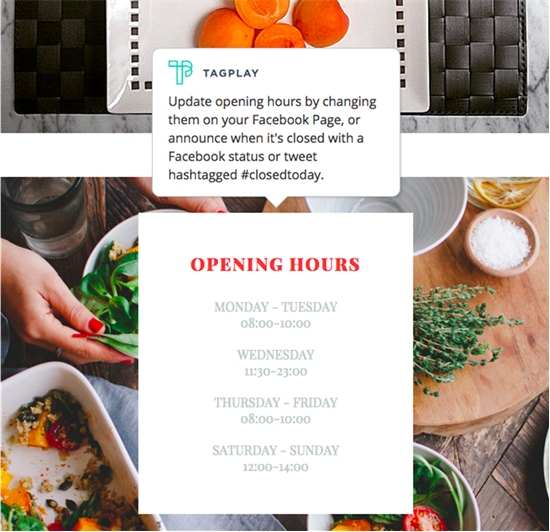 Google has started separating Google+ integration from a number of other properties: You are no longer required to log into Google+ before making a YouTube comment, for example, and Google+ photos will shut down on August 1, ceding to Google Photos and Picasa.

Some say rumors of Google+'s death are greatly exaggerated, but one thing is certain: The loss of "forced" Google+ use will dramatically lower stated Google+ activity. The socnet will either prove it was a flop all along, or cultivate a tighter internal audience based on its own merits. Keep an eye out.

That's the rumor of the week: That Twitter is cracking down on stolen jokes and deleting them on copyright grounds. The Verge has the story on how it kicked off: Olga Lexell, a freelance writer who posted a tweet thereafter replicated by at least five other people, actively filed a request to have those tweets removed. It wasn't the first time; many of the accounts that rip off her work are spam accounts that systematically repost other people's jokes. Twitter staffers apparently remove the tweets "within a few days."

So the answer is, yes and no: Twitter individually reviews and upholds copyright claims when relevant. But it doesn't have a thousand suits on-hand, actively policing streams for copycats. It's up to you to police people who are stealing your tweets (that is, copying and pasting your work without attributing you in any way). Below, Olga's original tweet.

12. How do you manage a short-form content creator partnership?

Here are four best-practices for ensuring you and your influencer of choice get the best out of one another. First off, respect them as subject-matter experts, but give them legal and brand guidelines. Don't try to control their creative; let them interpret your brand their way. Trust them the way you would a publisher.

Sounds simple enough, right? Feel free to share your experiences with us; to inspire you in the meantime, below is a video that Target Style made with vlogger Mr. Kate. (It's definitely funner and more useful than your garden-variety ad.)

A Fast Company article describes how Vine has changed since its 2013 launch, when it was positioned as a product that lets you "[capture] life in motion." Since then, it's gotten a lot more organized and brand-friendly, creating ways for people to discover content easily, categorize using hashtags, and even appeal to kids. Today it's about "short-term entertainment," per Twitter product director Jinen Kamdar.

Today there are three types of Vine users with storytelling styles that could all be useful in different contexts: Producers, who make tiny six-second productions that have sometimes led to record deals (like Shawn Mendes); talent-oriented creators, who make artistic or funny situational videos (like Jessi Smiles); and, increasingly, remixers—people who rack up views just by creating remixes around a certain topic.

Two new Vine channels are devoted to that third approach: The Zone is all remixed sports clips, and OMG, dedicated to celebrities. Maybe it's time to get your mix on.

Below, a compilation of the best Vines of July 2015, from Best Viners: