Get the latest on Facebook's new livestreaming feature, LinkedIn's social selling measurement tool, and Instagram's new API for ads. Also: how Getty's making it easier to score royalty-free content... no matter what device you're using. Skim for the social skinny!

LinkedIn's SSI, previously available only to paid users, is now available for all. The SSI scores you from 1-100, based on four social selling elements: establishing your professional brand, finding the right people, engaging with insights, and building relationships. It also tracks your progress over time so you can see where you improve, and compares you to people in your industry and network. See yours here.

The formula was created based on how top-performing sales professionals use the site. LinkedIn also provides details on how to improve each segment of your score. 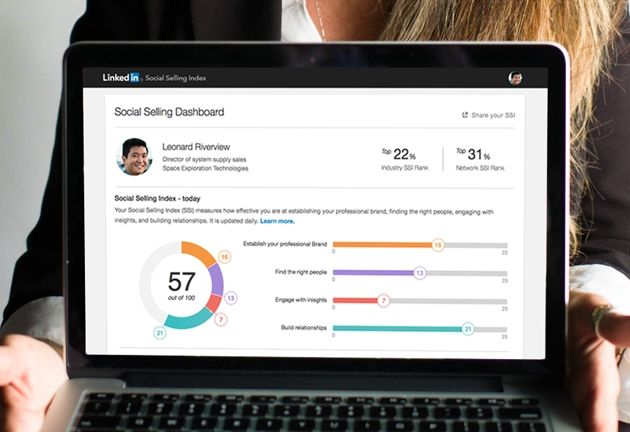 Facebook's working on a way to let public figures broadcast live videos. The "Live" feature appears in its Mentions app, available only to celebrities with verified Pages. It lets them broadcast onto News Feeds, watch comments in real time, and make the recording available for viewing later. Among the celebrities who have tried it are The Rock and Serena Williams (shown below).

Keep your hats on for when livestreaming opens to all…

Ugh. To hell with donuts!

Facebook Business Pages were revamped with new communication features. First, consumers can now start conversations with a brand through the local awareness ads in their News Feeds via a "Send Message" button. (Activate this in the "Call to Action" field when creating the ad.) Next, Page admins are now able to reply to public comments privately—enabling you to take delicate topics off the public arena. Finally, you can create and save responses to common questions, making it easier to access and resend responses to queries you most often get.

You'll also be rewarded for responsiveness. Pages that respond 90% of the time, with a median response time of less than five minutes, will get a "Very responsive to messages" badge on their profiles. (Others won't have a badge at all.) 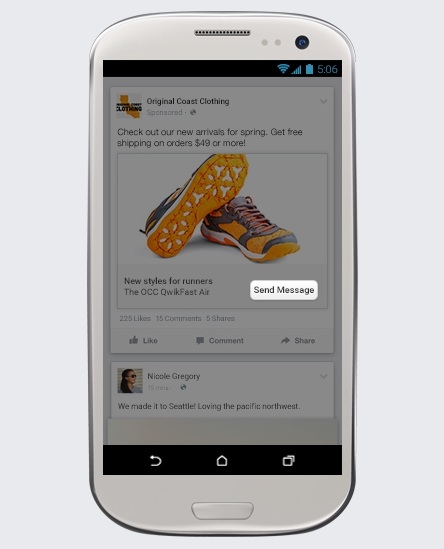 Getty Images' royalty-free content service, iStock, is now a Dropbox partner! Pairing the two lets iStock automatically download new content into your Dropbox account every time you license an image—so you no longer have to download things one at a time, or email them to yourself if you want to access them from another device.

The time has come! Instagram is now testing its new advertising API, which means people can start buying ads without having to talk to a salesperson. You'll also be able to schedule campaigns and get performance analytics.

API access has been granted to Salesforce's Marketing Cloud, Brand Networks, Social Code, Nanigans, Unified, Kenshoo, and Ampush. But to keep from alienating its discriminating user base, check out these image qualities that drive Instagram engagement.

5. Manage Instagram and (kind of) schedule posts via Hootsuite

One big frustration on Instagram is the inability to schedule posts for later, the way you can on Facebook or Twitter. Well, good news! Hootsuite now includes Instagram integration, meaning you or multiple partners can manage a professional account on a unified dashboard that includes your other social identities.

You'll sort of have the ability to "schedule" posts (but not really): Plan posts for later, and when the time comes for publishing, Hootsuite will send you a reminder that lets you jump to Instagram and post manually. You'll need both the Instagram app and the most recent Hootsuite app on your phone (iOS or Android).

YouTube's gotten a quiet makeover that will improve the look of videos dramatically. Instead of a black bar along the bottom, and boxy navigations for subtitles or annotations, navigation is now transparent—meaning that even if somebody's switching the subtitles on, or trying to skip to a different part, they won't miss anything, and you can make the most of the space you have. (See example image below.)

Among other changes: YouTube also updated its view count capabilities. When a video goes viral, the number of views typically stopped at 301+ so YouTube could verify whether bots were hiking the figures up. Now the site counts new viewers in real time.

7. What you need to know to post videos on social networks 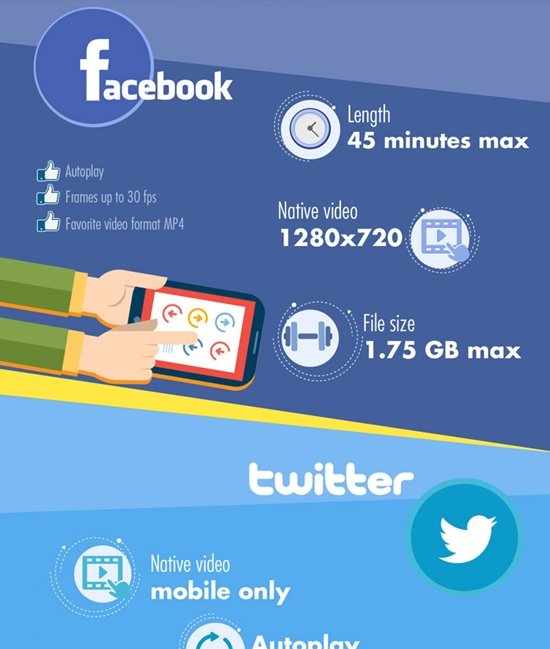 Some 55% of viewers who click to content pages spend less than 15 seconds there, Chartbeat research found. But if you retain their attention for three minutes, they're more than twice as likely to return than if they stayed for a minute or less.

With that in mind, Seth Price provides tips for putting your best long-form foot forward—like using rich media, which can enrich long-form content in a way your average e-book can't, and using long-form narratives to advance your passion projects.

Below, a chart from a SerpIQ study that shows most top-rated posts are over 2,000 words long! 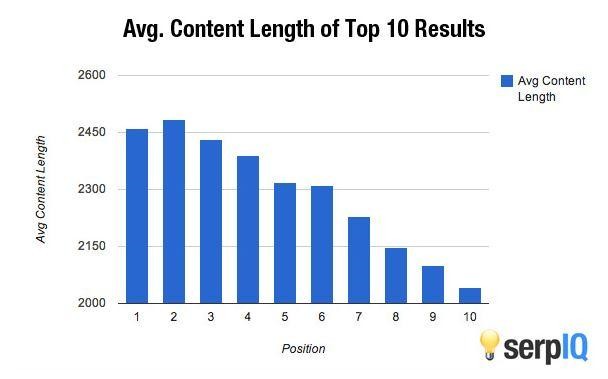 9. What are young consumers using now?

If you consider the youngest half of the group (those 13-17), a clear difference emerges: More younger Millennials claim to use Instagram and Snapchat daily than those who use Facebook (the preference for older Millennials). They're also more likely to use YouTube every day. 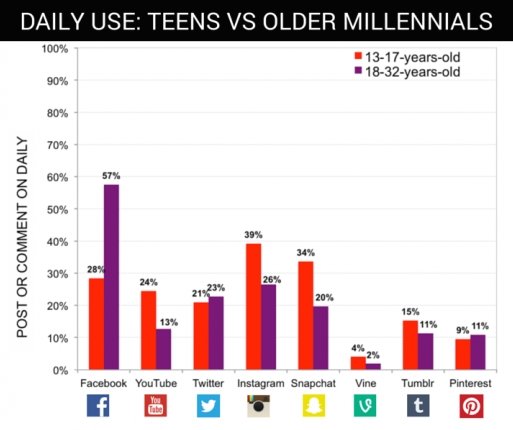 10. We'll wrap with happy news: It's a good time for diversity in tech

To attract more talent, a company called OneLogin launched an outdoor ad campaign featuring images and testimonials from members of its engineering team. One ad, featuring a woman named Isis Wenger, attracted some sexist responses, which apparently drove Isis to launch #ILookLikeanEngineer, a call for support from anyone who doesn't fit the stereotypical "engineer" mold.

In a handful of days, the hashtag went viral and the movement garnered 7.8 million Twitter impressions, filling feeds with a variety of proud faces in engineering. NASA, MIT, GM, and other organizations also seized the chance to plug their company's diversity.

The situation could have gone badly, but it was transformed into a force for social good—both online and offline. Social's biggest strength lies in overturning old notions with help from entire swathes of supporters at a time; a socially successful company knows how to demonstrate it's aligned with the future.