Find out how quickly mobile online shopping is growing, and discover the five mistakes B2B companies make on Facebook. Also: Facebook improves Custom Audiences and now lets users chat with businesses via messenger on their own websites, LinkedIn's app gets a major facelift, and Amazon unveils something on our wishlist—its latest drone. Skim to stay slick!

If you've been pushing off optimizing your content for mobile, it's time to reevaluate. Mobile devices—mostly smartphones—accounted for 34% of the $4.5 billion] of online sales during the first two days of the holiday shopping season. We've skimmed the key takeaways below so you don't have to crunch the numbers:

1. Five mistakes B2B companies make on Facebook, and how to fix them

LinkedIn is often a B2B marketer's best friend; but, if harnessed correctly, Facebook can have a big impact, too. This article sums up the five mistakes that B2B companies make on Facebook, and how to fix them.

2. Facebook now lets you chat with businesses via messenger directly on their websites

An update to Facebook's Page Plug-in lets users chat with businesses via messenger right on their own websites, making it even easier to interact with customers. You receive your customer's message in the inbox of your company's Facebook Page, and customers receive your response in Messenger.

Also in the update: support for Events, meaning businesses can integrate Facebook Events directly on their sites, letting users say they'll attend with one simple click.

Accordingly, the platform no longer matches its users only with the emails, phone numbers, and mobile advertiser IDs included on your list—but now also with first name, last name, date of birth, gender, city, state/region, postal code, and country. What's more, it now allows real-time matching across those multiple data types at the same time!

LinkedIn's major app redesign on iOS and Android is 300% faster than the previous version. Central to the new interface is a user's central feed which, like Facebook's News Feed, cherry-picks updates based on interests and learns what content you'll like based on behavior. 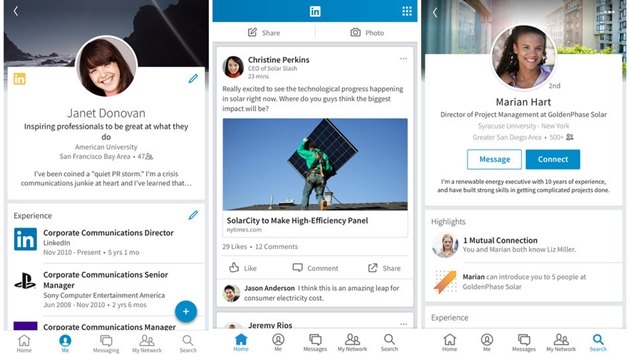 Proximity mobile payments—which let consumers purchase directly at the point-of-sale with a mobile device (e.g., Starbucks' mobile payment)—are heading way north, according to eMarketer. As consumers cozy up to the technology, user base and transaction values are predicted to surge, with these mobile payments surpassing m-commerce sales by 2019. 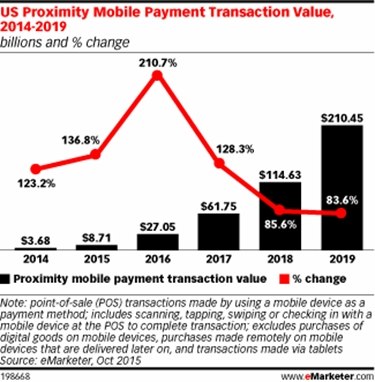 6. Snapchat follows in others' footsteps, adds deep-linking feature for publishers

In a move that could increase the reach and value of content that publishers produce for Snapchat, the platform now allows publishers (such as Mashable and CNN) to post links on social media that take users directly to their content within the messaging app. Google just did the same with Facebook for Android, and you can read all about it in our previous 'Skim.

Never again lose track of the images you search for. Google built on what users already know—how to bookmark normal Web pages—and now lets them apply it to images they search for.

Currently available only in the US for iOS and Android, the feature allows users to simply tap a star icon below a selected image to save it. Users can also organize images into folders and collections for storage in the Google cloud; that should help free up storage for those of us used to screenshotting to our camera rolls... (We're guilty!)

YouTube now gives users in Egypt, Jordan, Libya, Yemen, and Algeria a capability envied by many in the West: offline viewing. Local data providers can't meet the demand caused by an increase in smartphone adoption, and those that can often charge prohibitively high rates, so YouTube hopes this move will help users circumvent barriers of data connection, cost, and speed.

A couple of caveats: saved videos can be watched for only 48 hours, and music videos are excluded. YouTube originally announced offline viewing in 2013, and plans to roll it out more widely in the future. 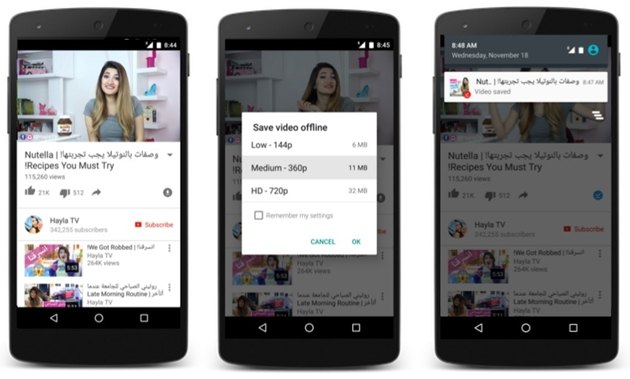 Instagram appears set to enable support for multiple accounts on Android. Available only to a sliver of beta users, it's a long-awaited feature for social media managers that would enable them to switch between managed accounts at the flick of a finger.

"Lux" is one of the trending baby names of 2015. It also happens to be an Instagram filter—and that's not a coincidence. According to parenting website BabyCenter, young parents are [looking to Instagram for baby-naming inspiration.

Boys' names Reyes, Hudson, and Kelvin increased in popularity this year, as did girls' names Valencia and Willow. The end of humanity, or just the undeniable power of social? We'll let you decide.

Maybe you know you should be advertising on social but you've no idea where to begin. This helpful guide breaks down instructions and info about the ad campaign types, targeting, and other options offered on Facebook, Twitter, LinkedIn, Instagram, Pinterest, and Snapchat. Remember to define your objectives before choosing platforms and diving in!

12. Amazon debuts second iteration of drone, and we hope it's more than a ploy

Almost exactly two years after the Amazon Prime Air delivery drone debut, Amazon has unveiled the second iteration, now larger in size and with the ability to fly both horizontally and vertically.

The retail giant still walks a fine line between marketing ploy and legitimate development in its video presentation of its new toy. Whether it's a marketing stunt to shore up buzz for Cyber Monday, or a real thing, there's no denying it's on our list for Santa.

13. Five digital trends changing the face of retail, and what you can learn from them

Keeping tabs on the movers and shakers in retail could prove indispensable for staying relevant in the ever-changing digital space. Media Math dug in and provides some critical insight into the trends shaping the future of retail marketing. Click through to view the infographic, but here's some fodder to chew on: 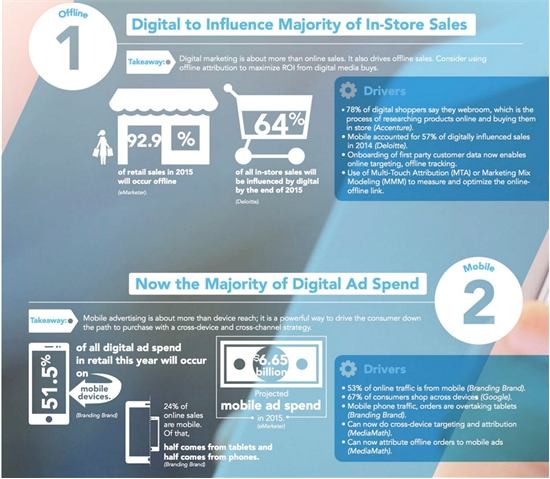 14. We'll wrap with something to give you the feels

YouTube has partnered with The Webby Awards to help users select the 25 most iconic ads of 2015 based on YouTube's Ads Leaderboard, which tracks the platform's most-watched ads.

With categories ranging from #TheYouTubeAd That Restores Your Faith in Humanity to #TheYouTubeAd That's Your Guilty Pleasure, there's a category for everyone. We've highlighted one of our (admittedly sappy) favorites below, but click through to enjoy—and vote!