#SocialSkim: Instagram for Retargeting, Plus 14 More Stories in This Week's Roundup

'Tis the season for retargeting, so find out how Instagram can help you out. You'll also get the full debrief on all Facebook's new customer service tools, Google's new interactive mobile formats, and ever so much more. Skim for a very merry season indeed!

If using social media for retargeting seems too complicated to tackle, Social Media Examiner will rescue you with step-by-step instructions for retargeting site visitors with Instagram ads. Get a clear walk-through on setting up a Facebook Pixel (a way of tracking who's visiting your site from Facebook or Instagram), and designing and launching a retargeting campaign. Detailed screenshots ensure you'll be on your way to higher conversion rates—and cheaper ad spend—just in time for the holidays. 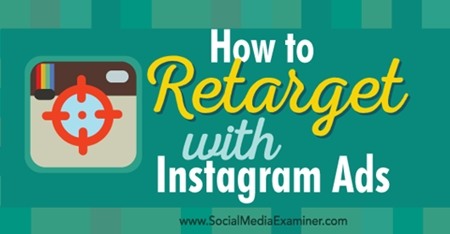 Facebook has given brand pages a facelift to make the platform more customer-service-friendly. The changes below affect brands that let customers contact them via private message: 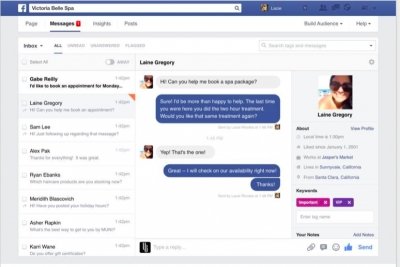 Google's making moves to increase engagement and download rates with two interactive mobile ad formats, for which advertisers pay only when a user hits "install."

The "Trial Run Ads" format lets users play a game, without leaving the ad at all, for up to 60 seconds. The second, "Interactive Interstitials," does away with rigid templates, providing greater control over creative and helping you track which elements draw the most clicks. Both formats are in beta and available only to certain advertisers. 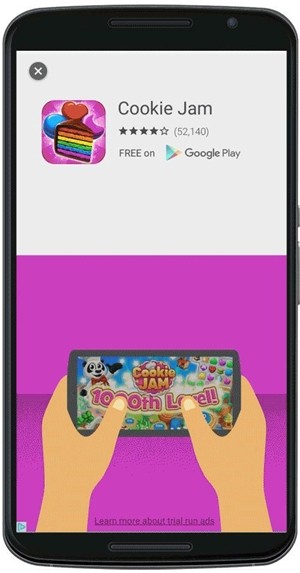 The feature, available in the app's newest update, lets users preview a photo or post by holding their finger down over a thumbnail image. The result is a new "peek card" that enables quick access to liking, sharing, following, and commenting with the slide of a finger—making it easier for people to engage, then move on. 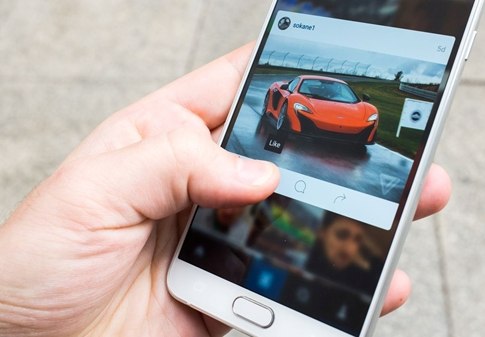 Facebook is testing live videos for users who don't have verified accounts. (The feature, dubbed "Live," was once reserved for celebrities and will appear as an option in the status update section.)

Like Periscope and Meerkat, it lets people create live broadcasts that friends can comment on and stream in real-time, right from Facebook. Unlike competitors, however, streams won't disappear after broadcast; Facebook's "Live" versions will remain posted on a user's Timeline unless they're deleted afterward—making post-view sharing easy, too. The capability will roll out to a test group of US iPhone users before it expands.

The socnet also introduced automatic collages, which appear when people share photos from their phone's cameras. When you tap the photos button, collages appear automatically, based on the time and location of the photos. Users can build collages from scratch, or rearrange pre-created ones made by Facebook before sharing.

Tubular Labs found that Vine—which currently lacks a formal ad model for brands (unlike Facebook, Instagram, and YouTube)—accounted for just 4% of 40 major brands' social video content. Execs say another reason for the decline is that Twitter is more focused on developing new native video formats for advertisers, making Vine an afterthought. Still, many companies still find success on Vine when they work with influencers to create in-app branded content.

In case you're wondering what new ways you can use to attract social impulse buyers, Beats created a shoppable version of its Christmas TV ad for YouTube, a first for the Apple-owned brand. Just in time for the holiday e-commerce push, it features comedian Tracy Morgan and a clickable container that pushes viewers to the Beats online store.

7. As social grows, so does its role amid national—and international—crises

Twitter's positioned itself as a go-to source for breaking news, but the addition of Twitter Moments is creating new possibilities, with some using it to hold politicians responsible to their communities. Before it became clear that a path of radicalization similar to that of the Paris terror suspects led to the tragic San Bernardino attack, some groups started using Moments to call out politicians for inconsistencies between the condolences they offer on social media ... and their disapproval of gun control measures.

Another campaign, #NoNotoriety, urges journalists to focus on the victims of mass shootings rather than the killers. It made serious strides with amplification from social media. By both recognizing the role that media plays in shaping cultural values and priorities, and making them accountable, the effort is one experiment in trying to discourage copycat crimes committed by killers whose primary motivation is notoriety. Brands have no less of a responsibility than the media does in terms of its influence, especially online.

Some underestimate the impact a strong tone of voice can have for their businesses, opting to focus almost exclusively on more traditional mechanisms like logos and color schemes. This indispensable mini-guide explains how developing a unique tone of voice can differentiate your company (especially on social), and provides five key ingredients to ensure consumers recognize you... even without a logo.

Facebook announced a change to its algorithm that will affect where some viral stories appear on news feeds. Based on feedback received from its "story surveys," which ask users whether they'd rather see other posts more often than a viral post with many shares and comments, the algo will now class viral posts—which are sometimes hoax stories—lower on news feeds if most people surveyed respond unfavorably to it. (Considering that unfavorable responses also tend to rise after a story's gone viral and has been seen too often, this also means you'll spend less time sifting through future variants of the #IceBucketChallenge.) 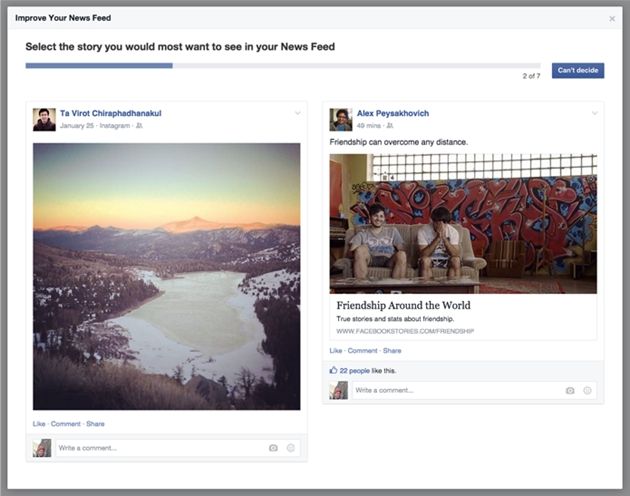 Soon users may be able to buy concert tickets for pickup at will-call windows without ever leaving their socnet of choice. In perhaps another attempt to gauge what people are willing to buy on its platform, Facebook says it's testing a "Buy Tickets" call-to-action button among independent venues, artists, and event promoters in the San Francisco Bay Area. Third parties will be responsible for fulfillment, and they're not taking a cut of ticket prices. 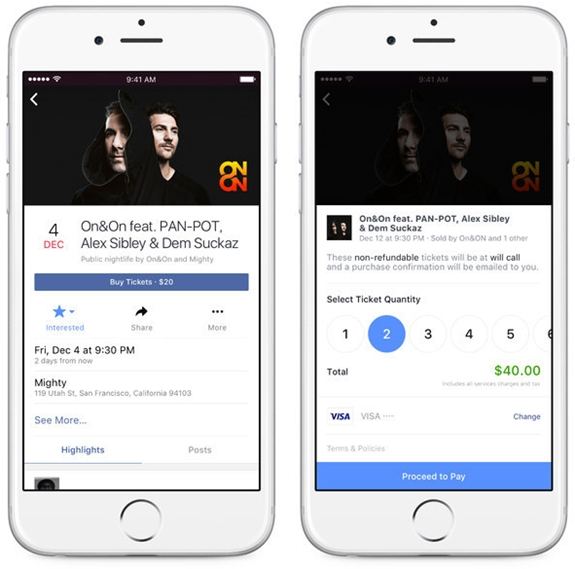 Homing in on a more media-rich experience, Twitter announced an adjustment to how photos are shared: It now allows full visibility of photos on feeds (versus having to click to see the full image), and it improved its multi-photo layouts.

Uncropped photos make it easier for brands to display a complete image without worrying about how Twitter might crop it on its feed... but it also means users will have to scroll more, since images will take up more vertical space. 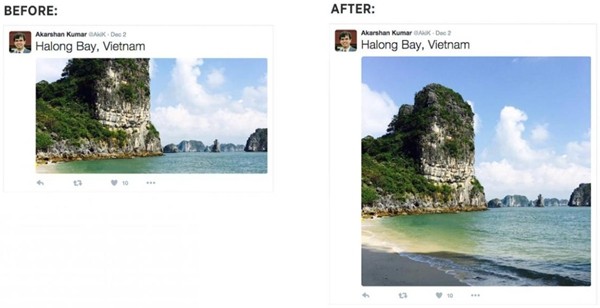 12. How top brands use Twitter, and the best-practices that support them

Need more inspiration? Limiting your listicles is one of our best-practices, but here's one that's bursting with value-adding tricks you can easily employ to optimize Twitter performance. Aside from providing a variety of content that entertains and informs, other tips cite the power of switching cover photos, consistently using social mechanics such as hashtags, pinning critical tweets, and cross-promotion.

Social media analytics company Sysomos has released two new versions of its Expion platform at price points that are friendlier toward small and midsize brands.

Expion lets you plan, publish, and moderate posts across social media, as well as identify top-performing content, track competitors, and measure ROI—all in one place. (Similar platforms can cost upwards of $3000 per month.) Big companies that use it include Coca-Cola and Volvo, but you can snatch it up for even cheaper now. Happy holidays indeed! 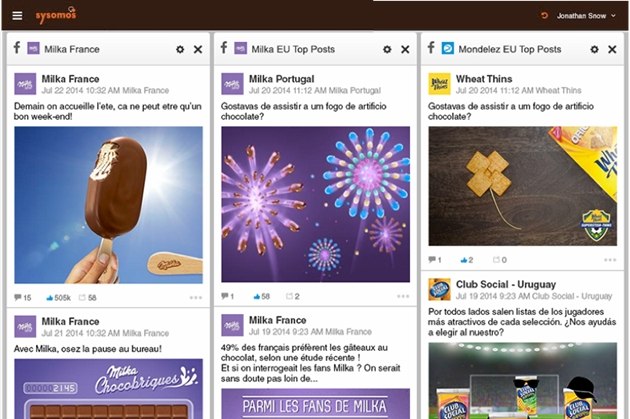 14. We'll wrap with something insightful from a beloved Spike TV personality

As marketers, we often get so caught up in checking click-through rates and drafting elaborate, headline-grabbing campaigns that we forget more instinctive, human-based applications of marketing and business that can prove especially effective on social.

Jon Taffer, host of Spike TV's "Bar Rescue," draws on his experience to reveal nine noteworthy business lessons applicable to all industries. Check out the entire interview via MarketingProfs podcasts.