#SocialSkim: What Facebook's Algorithm Change Means, Plus 12 More Stories in This Week's Roundup

This week's all about optimization and user experience—from the social network and brand perspectives. Facebook grabbed headlines with a big algorithm change that aims to reward high-quality content, and social media industry leaders united to stress the gravity of live video.

We'll also divulge all the details about Facebook's rumored standalone camera app meant to rival Snapchat, share surefire ways for your brand to build a successful presence on messaging platforms like WhatsApp, and tip you off about the best tools for upping your Instagram game.

The social network announced a series of algorithm tweaks affecting what posts are likely to appear in a user's Timeline.

The first tweak places higher priority on engagement time, which not only reflects whether a user liked or commented on a post but also now uses data from Instant Articles and the like to see how long those users spent on similar posts from an author or publisher in the past.

Facebook's second adjustment will reduce how often people see several posts from the same publisher in a row, a response to user complaints that their Timeline content is becoming repetitive and boring.

The company notes that publishers may see a very small increase or decrease in traffic, but says no significant changes are expected. In all, the shift is a move toward quality over quantity, and should reduce the amount of clickbait we see.

Marketing nerds of the world descended on San Diego this week for the world's largest social media conference, where industry leaders made two things clear: Snapchat has shed its awkward adolescence and now demands the attention of all, and live video has become the most vital form of content.

That may not sound like a revelation to those of you who 'Skim with us every week, but there's a shift in social that takes us beyond posting and commenting, and now all but requires a combination of elements, including audio, video, live video, and image creation. It's a more complex puzzle that requires a whole new way of thinking, and an entirely new approach to content marketing.

In short: that meeting you keep pushing back between your strategy and creative departments needs to happen now. 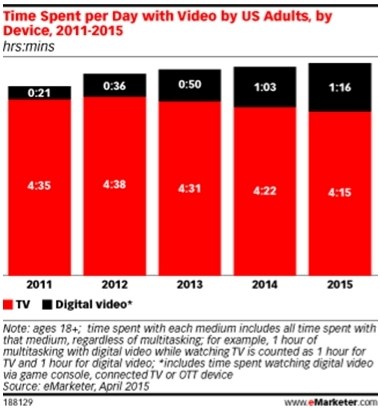 After a failed attempt to get consumers to pay the network directly for the privilege of re-playing snaps, the ephemeral photo-sharing platform shuttered its in-app payment option.

This comes just two months after the company stopped selling lenses back in January, signaling that the app might have difficulty expanding its revenue streams outside of its core ad business.

In a bright spot, Snapchat has seen success with its new On-Demand Geofilters, which allow individuals and organizations to design and buy filters at affordable rates. 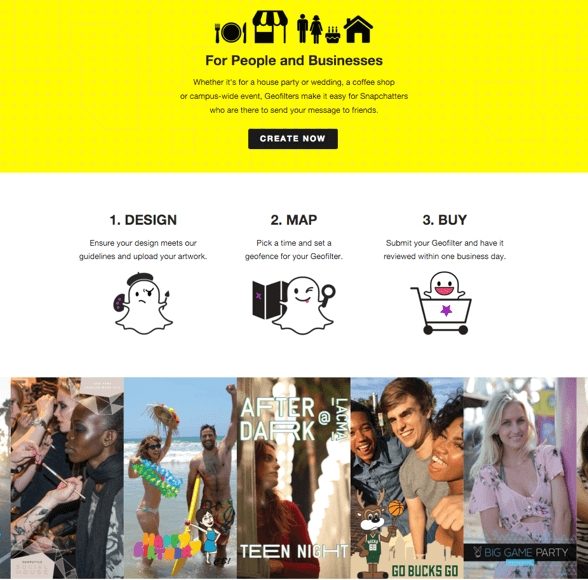 A report from the Wall Street Journal says the social network has tasked its London team with developing a Snapchat competitor in the form of a standalone camera app that incorporates livestreaming capabilities.

Even if it comes to fruition, any consumer-ready product is a long-way off, and Facebook has reportedly declined to comment further. Given the mixed-bag of success with previous app endeavors, we'll have to wait this one out to see whether it truly becomes a Snapchat killer.

They're called Bumper ads, and their unskippable, six-second format is best on mobile, where snackable video bits perform well. Do you think your brand could tell its story in six seconds, like Audi did in its Bumper ad below? Let us know in the comments!

Mark Zuckerberg's aversion to pre-roll video ads because of what he views as a terrible user experience has given Twitter a first-mover advantage in monetization.

Twitter's reach might pale in comparison with Facebook's, but mainstream media publishing partners such as Mashable are making hundreds of thousands of dollars in revenue per month via Twitter's pre-roll video and revenue-sharing program, Amplify. Comparatively, publishers are making virtually nothing on Facebook.

Facebook might find the key to balancing user experience and ad revenue for video soon; but, until that happens, Twitter will be leading the pack for many.

7. The ultimate guide to marketing on WhatsApp

With more than one billion active users worldwide and 30 billion messages sent daily, WhatsApp is ripe for marketers. From the pros and cons of the platform from a business perspective, to prime examples of brand campaigns, let us demystify the medium with the

8. How to best connect with consumers via social media messengers

We've talked a lot about the rise of messaging platforms as the new and exciting medium for businesses to engage with consumers, but how should brands tackle their new responsibility? We've got five pro tips on how to best use the platforms to connect with customers:

9. Facebook's long game to triple its user base could affect tech economy forever

Key to Mark Zuckerberg's plans to onboard two billion more Facebook users is the company's goal to bring those users—often in developing countries—online. But since the cost of Internet access in those regions makes doing so difficult, Facebook has done something that jeopardizes the survival of many of today's tech giants: embraced open source concepts.

Open source projects help create products that lets Facebook spread its service at the fraction of the cost of traditional tech companies, and the social network views this decrease in cost of tech products as key to lowering the cost of telecommunications networks, and ultimately the cost for users to join Facebook. Whether the long term plan materializes or not, Facebook's strategy indicates that it's serious about moving into far deeper territory than your News Feed.

Conversion increases 78% for brands that use UGC in their social marketing strategies, yet only 61% of brands use it. Considering UGC's benefits, here's an important refresher: UGC doesn't have to come in the form of complex, consumer-generated product idea campaigns, but also includes simple things like critical ratings and customer reviews, a picture or video, or a brief comment.

With stats like these, incorporating UGC is a no-brainer: 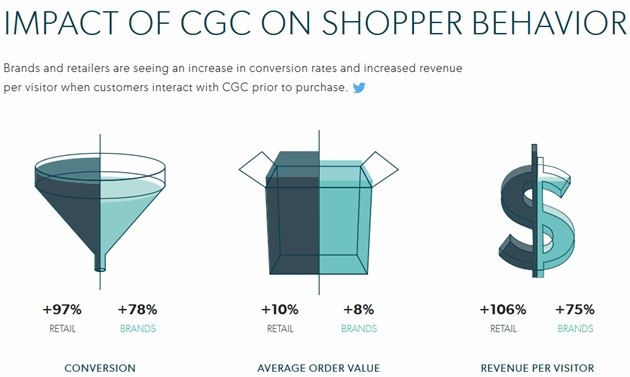 11. Six tools to help your company shine on Instagram

Instagram is a tricky platform for some, with many B2B marketers thinking it simply doesn't fit the nature of their business. But, Instagram is growing faster than Twitter or Facebook, so now's the time to get your Insta strategy in tip-top shape if you haven't already.

From developing a signature filter look and embedding your feed on your website for more visibility, to platforms to track your performance and schedule posts, read through this list of six indispensable tools. Trust us, you'll be happy you did.

12. We'll wrap with how brands marked Prince's death on social (Hint: some, not so well)

America lost its Prince last week, and brands of all stripes took to social to share messages of mourning and reminisce on the music legend's career. Some showed genuine efforts to honor the singer, while others came off as opportunistic and product-pushing. Users didn't respond well to the latter.

General Mills and 3M missed the mark and riled up users with what appeared to fans as pure opportunistic marketing. Spotify and NASA won the day, with messages without commercial elements.

Brands, before you post about current events, ask yourself whether you're pushing products and get an opinion from outside the organization. Even if you've nothing to say at all, silence is better than a PR disaster.

A purple nebula, in honor of Prince, who passed away today. https://t.co/7buFWWExMw pic.twitter.com/ONQDwSQwVa