The social giants never stop evolving. Instagram's new algorithm is finally coming to a news feed near you, and Snapchat—with its more than 150 million daily active users—just toppled Twitter!

In this week's 'Skim, we'll also dive into Facebook's plans to tackle both live streaming and gaming at the same time, tell you all about LinkedIn's new premium insights, and give you some tips to choose the right social platforms to achieve your business objectives.

The wait is over: Instagram's new algorithm is going live

Instagram made a splash did a cannonball in the social pool in March when the company announced plans to introduce a non-chronological algorithm to users' news feeds, and the major change is now finally rolling out to users worldwide.

The social network's new algorithm rearranges the order of posts in your feed based on the "likelihood you'll be interested in the content, your relationship with the person posting, and the timeliness of the post," after the company noticed that, on average, users miss 70% of posts.

According to the company, the algorithm rollout to the entire user base will occur in the month ahead. Here's how your engagement rates might be affected.

Twitter just can't seem to catch a break. Snapchat has reportedly galvanized the youth of the world to the point that the ephemeral messaging app now boasts 150 million daily active users—roughly 10 million more than Twitter.

Twitter was once the world's second largest social network behind Facebook, but it has since been overtaken by other Facebook-owned apps and networks Instagram, Messenger, and WhatsApp.

Snapchat recently closed a $1.8 billion funding round and now has an $18 billion valuation. It's expected to continue its exponential growth by bringing in as much as $315 million in revenue 2016 and $1 billion in 2017. Whoa.

Attention B2B-ers: premium subscribers on LinkedIn now have access to more fleshed out insights, which provide extensive information about the companies you might be hoping to add to your client roster.

The Premium Insights feature provides detailed data on things like employee counts and employee distribution by function, gives you a perspective of how a company is growing, and helps you identify new opportunities with fresh intel on new hires and notable alumni. 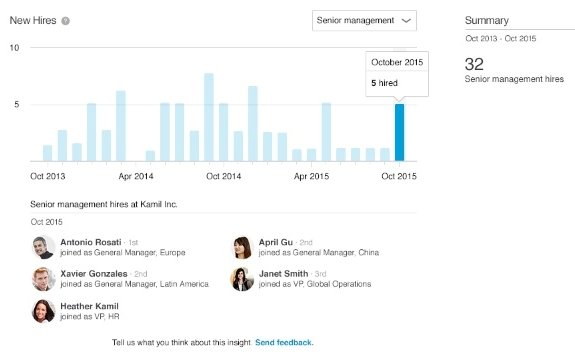 In a deal that builds on its giant livestreaming ambitions and might bring it in close competition with Twitch, Facebook appears set to let users live-stream their gameplay sessions directly in their timelines.

The Go Live feature created by the social network and gaming company isn't live just yet, but, based on a recent Blizzard game's livestream that garnered 21 million hours of watch time, Facebook would be in a solid position should it successfully attract that same crop of gamers.

Following in the footsteps of Facebook and Instagram, the big blue bird is testing a new type of ad unit that allows marketers to curate multiple tweets into a single, swipeable ad that aims to increase engagement rates.

The new format lends a more storytelling feel as opposed to a single tweet ad, and brands can even include tweets from individual users in the new carousel ads if they get permission.

For now, the new format is available only to some companies that work directly with Twitter sales reps, but keep an eye out!

Snapchat has acquired Seene, a 3D photo app that lets users easily capture 3D models by using nothing but their smartphone camera, unlike Microsoft Kinect or other competitors.

It's unclear whether Snapchat will maintain the Seene app or just absorb its features, but we're fairly certain the acquisition hints at Snapchat's plans to expand on its current filter technology with 3D selfies, and possibly even make a move into virtual reality.

Check out Seene, and just imagine all of the new, ridiculous Snapchat filter possibilities:

You social media managers might want to head over to the iTunes App Store to get the latest version of Instagram. Thanks to an iOS extension first introduced in 2014, users can now share photos and videos on the platform —and add captions—without even opening the app.

Just tap the share and "more" buttons when looking at a photo on your camera roll to activate Instagram sharing. The change certainly isn't Earth-shattering, but it does make posting about as easy as possible, and lets iPhone users avoid having to track through all of the filter and editing options if they want.

...and the tech used to build the app will be absorbed into Facebook's Messenger. Notify, the iOS-only app that launched in November, essentially acted as a news aggregator that pushed notifications to users based on their publication preferences. The news app sent out a different kind of push notification last week, telling users that Notify will no longer be supported.

With news brands, such as CNN, already experimenting with chatbots on Messenger and sending news alerts to users via the platform, it makes sense for the social network to focus on its already 900 million users there rather than to continue experimenting with Notify. 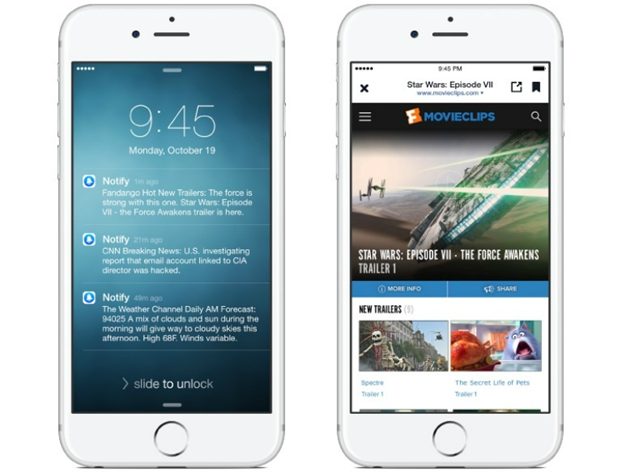 With over 754 million users worldwide, Viber places fourth in iOS downloads behind WhatsApp, Facebook Messenger, and Skype. Now, the company is introducing native ads to help solidify its position as a top messaging platform and continue its shift from cheap telephone app to full-fledged content platform.

The app has seen some success with its chatrooms, which enable users to become a part of group conversations broadcast by brands and publishers, such as the BBC. The new native ads are a way for Viber to let brands push messages to users without appearing too pushy, hopefully encouraging them to share and spend more time on the platform.

Influencer marketing can be a way for brands to acquire new customers without breaking the bank. Its ability to help your company access larger audiences, build credibility, and encourage user-generated content by enlisting the help of bloggers, YouTubers, celebrities, and social media experts are just some of the ways it can prove cost-effective.

For the latest stats, tips, and tidbits to help you perfect—or begin—your influencer marketing strategy, check out Sprout Social's infographic: 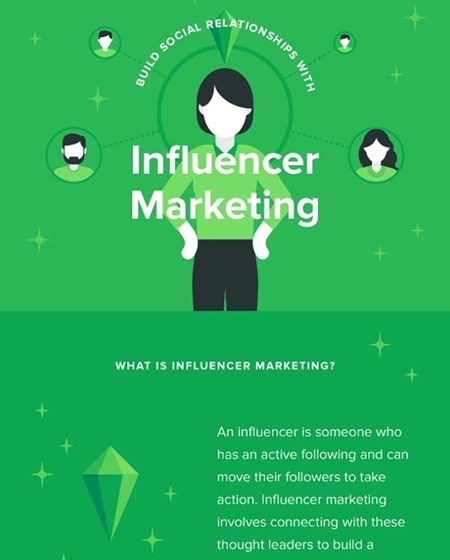 10. How to pick the right social platform to grow your sales

A recent Salesforce infographic serves as an important, yet often ignored reminder: Not every social media suits every business. It's easy to get caught up in the game, pressing your digital team to join all of the latest social apps just to have a presence, despite not having an overarching social media strategy.

But certain platforms are more effective at fulfilling particular business objectives—from building communities to generating career and industry insights. Click through to explore what platforms make the most sense for your company! 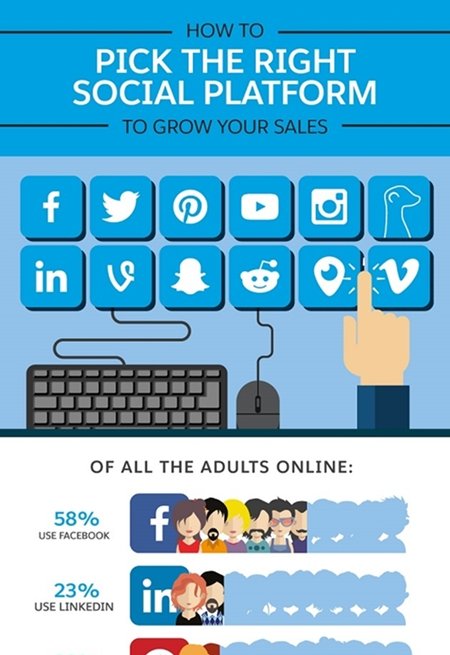 A LinkedIn hack in 2012 revealed the passwords of some 6.5 million users, and unless you were directly affected you likely didn't notice. But the story made its way back to the front pages this week when it was revealed that even the smartest, most tech-savvy among us sometimes can make bad security choices.

That's right, Mark Zuckerberg's Pinterest and Twitter accounts were hacked with information found in the same LinkedIn leak, and it revealed that his password, "dadada," isn't quite up to snuff. His accounts have been re-secured, but the incident doesn't give us much confidence in the security decisions made by a man that manages the personal information of more than one billion people...