Responding to criticism after the US presidential election that Facebook acts as a hotbed of fake news, the social network Thursday released plans to start fact-checking, labeling, and demoting fake news and hoaxes in users' News Feeds.

The company is teaming up with the likes of Snopes, ABC News, and the Associated Press, along with an international fact-checking organization, to let users report misleading or fake stories until those stories are confirmed by the third-party fact-checkers.

If established as fake, stories will be labeled as such and demoted in Facebook’s News Feed algorithm. 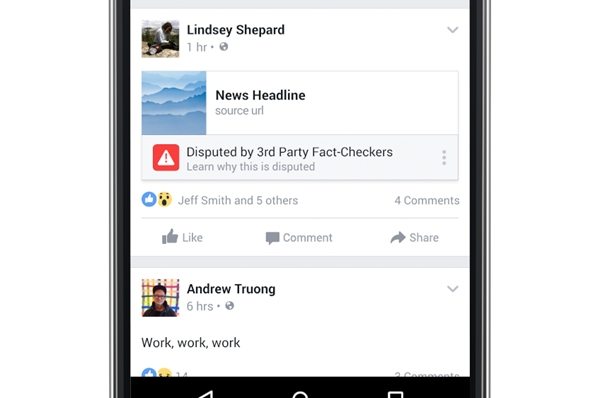 This week's social roundup: Facebook explores offering its own original video content, admits new engagement measurement errors, and introduces 360-degree live video; Instagram give all US users the ability to livestream; once promising Millennial social app Yik Yak makes massive layoffs; How to grow your email list with YouTube ads; Tips to boost your Web traffic with Pinterest, and much more...

The social titan might just be getting into the Netflix and Amazon Prime Video battle, with reports that it's exploring the possibility of producing and buying original content: scripted and unscripted series, and sports.

A recent Facebook employee has said the social network is exploring the idea to kick-start an "ecosystem of partner content."

2. Instagram launches live video streaming for all its US users

Facebook-owned Instagram first unveiled its livestreaming capabilities back in November to a limited audience, allows them to livestream video and to explore the best livestreams of other. Now, Instagram has rolled out the feature to all users in the US.

Unlike Facebook, however, Instagram livestreams don't stick around. Broadcasts disappear once a user ends a broadcast; that likely means users on the platform will treat live video differently than they do on Facebook. If you don't see the new feature yet on your app, check your app store for updates!

3. Facebook is refining its approach as more measurement errors are uncovered

After an outcry in September when the Wall Street Journal uncovered Facebook's overestimation of video view metrics, the social giant this week disclosed even more mismeasurements.

None of the disclosed errors had any impact on how much advertisers paid for their campaigns, but they apparently led to the misreporting of engagement numbers for links and live videos, and Facebook has had to revise the ad reach estimates it shows advertisers. 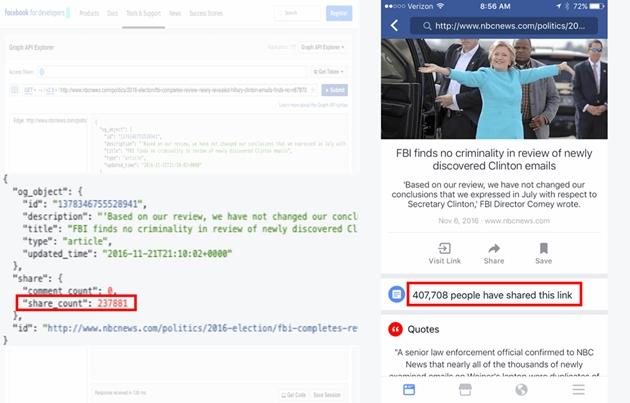 Twitter's tighter integration with Periscope, which it acquired in 2015, means your brand can now broadcast live video from directly within the flagship Twitter mobile app itself. The result is more opportunities to livestream your events and showcase your company.

Users are now able to select "LIVE" directly from the compose screen, a core feature that had been missing from the Twitter offering. Just as on Periscope, users Twitter users can also join livestreams, comment, and send reactions, and users no longer need to have the Periscope app downloaded separately to join in on the fun.

What do you think? Is it just a little too late for Twitter?

We're making it easier for you to share what's happening in your world. Now you can #GoLive on Twitter!https://t.co/frWuHaPTFJ pic.twitter.com/Xpfpk1zWJV 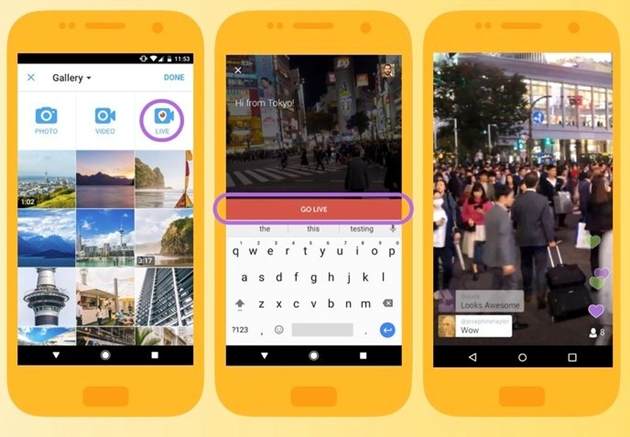 The social giant wants to push Facebook Live wider, and it's taking a page out of Snapchat's playbook to do so. The company is conducting a limited test of a new navigation bar of livestreams at the top of the mobile app. The bar appears for some users after they select the play icon at the bottom of the mobile app.

Users who have access to the feature say the navigation bar prioritizes live content from publishers first, followed by those of friends. Users are also able to unfollow publications and disable notifications by selecting the publication from the menu screen.

Have you seen the new feature within your Facebook mobile app? 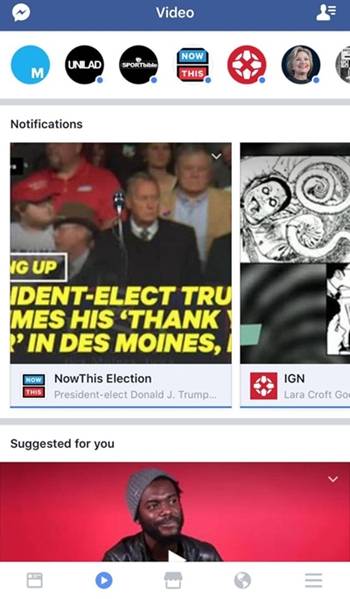 Growing your email list is a great step toward generating new leads, and optimized YouTube ads can help. The Social Media Examiner dives into exactly what it takes to target viewers interested in what your company has to offer.

Covered in detail: choosing which of your videos to promote, building your ad around a lead generator, setting your budget, and selecting the correct target audience. Good luck!

What better way to launch a new Facebook product than to livestream a group of space scientists as they emerge from 80 days of isolation at the Mars Desert Research Facility? Facebook took the opportunity on Tuesday, alongside National Geographic, to launch Live 360, which allows users to watch live broadcasts with a 360-degree view.

Facebook says Live 360 will be made available to more pages via the Facebook Live application programming interface (API) in the coming months; all users and pages will receive the ability to partake in 2017. How cool is that?

8. Once-promising Yik Yak is laying off most of its employees

Yik Yak, the once widely recognized college-focused social network that allows users to anonymously post quips and statuses to those nearby, is set to lay off a significant number of its 50 employees as it fails to expand and attract users beyond the college demographic.

The social network wouldn't disclose download numbers, which third-party data shows has decreased 76% since last year, suggesting the company's app is fading from prominence as it discusses strategic changes.

Yik Yak found its core users on campuses nationwide, but it was often criticized for its anonymous nature and the nasty comments that sometimes resulted in. The social network appears increasingly likely to fade from the app store charts unless significant changes are made.

9. How to use Pinterest to increase your Web traffic

From creating a board for your blog posts, to adding your website URL to your profile and calls-to-action to your Pins, here are surefire ways to give your website more visibility on the platform and target the right customers at the right time.

Users can now use Facebook's newly minted Camera Effects Platform to add and design frames for their photos and videos. Frames can be designed and uploaded from scratch so that users can use them for future profile picture and video uploads on Facebook's mobile app.

Brands could use the new camera effects to add creative frames to photos and videos based on special events or locations—similar to Snapchat's On-Demand Geofilters.

Brands and users must submit their frames to the social network for approval using these guidelines before the frames will be ready for use. The submission and approval process should typically take one week; once a frame is approved, all users can use it.

The social network will also allow creators to gather some insights such as the number of times people uploaded a photo or video using their frame. 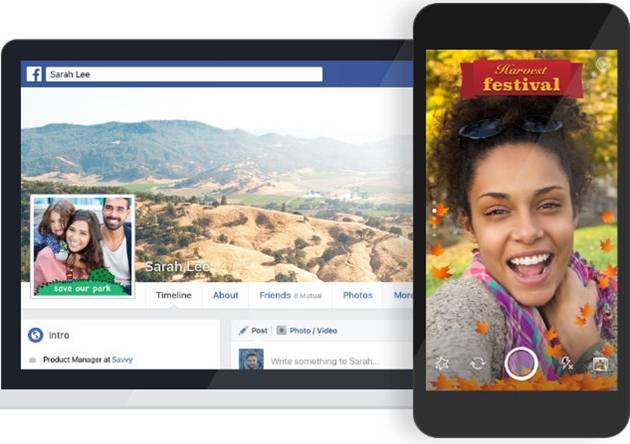 11. Pokemon Go teams up with Starbucks for massive partnership

Niantic is looking to breathe new life into Pokemon Go, and it's teaming up with Starbucks to do so. The gaming and coffee companies announced a partnership for opening new PokeStops or Gyms (places where players must physically visit to battle or collect items within the game) at thousands of US Starbucks locations, which will be selling the "Pokemon Go Frappuccino."

Despite a reported decline in activity by players of the augmented-reality game, the new partnership suggests Starbucks still believes in the hyped app's ability to bring users in-store and promote social interaction. 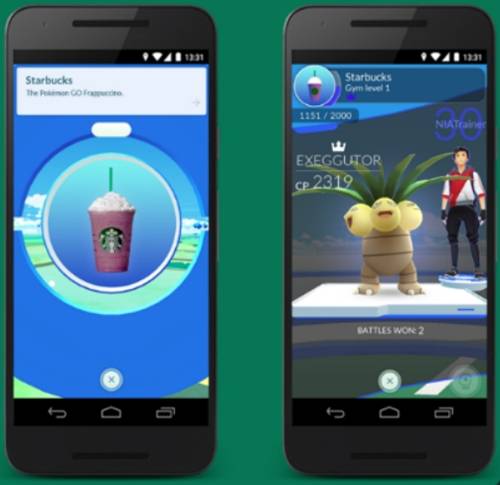 12. We'll wrap with YouTube's and Facebook's more positive roundup of 2016

Each December, many of the top social networks release a video recapping the best of 2016, a sort of year-in-review that highlights the most important events, talked-about topics, music videos, and ads. That was likely more difficult this year, given the social media world's response to a year filled with agony.

Check out both! They might just get you laughing... or crying.