This week's issue is filled to the brim with social updates: Facebook basically turns Messenger into Snapchat, also takes on Skype with group voice and video chat; how to protect your brand from Facebook's failing metrics; Twitter announces new plans for the once-dead Vine, nixes lead generation ads; Instagram reaches 600 million users and launches stickers for Stories; the top 2017 social media trends according to experts; and much more...

1. Facebook Messenger gets major overhaul, aims to beat Snapchat at its own game

The latest Messenger update brings a drastically different app to those who download it, complete with a totally revamped camera chock-full of algorithmically generated filters, tons of sticker options, impressive augmented-reality selfie lenses, props to overlay, and much more.

The massive changes are Facebook's response to the increase of visual messaging now that 10% of conversations begin with a photo, and they seem to mark the social titan's biggest attack on Snapchat so far.

The update rolled out to all users on iOS and Android over the weekend. We'll see whether the new capabilities and effects are enough for users to increase the already 2.5 billion photos, videos, emojis, and stickers they send on the platform each day.

2. Social media metrics are breaking, and here's how to protect your brand

The social media world has been swamped with story after story about shortcomings in the metrics and measurements provided by social networks, particularly giant Facebook.

From page reach to ad metrics, what can brands do before they, advertisers, and shareholders lose trust altogether?

Chris Penn covers in detail how to tag and track everything, focus on properties under your control without neglecting your social channels, and emphasize the KPIs that matter most to your brand—without forgetting the value that metrics like organic Facebook reach and engagement rates can have.

It only took a few years and a new algorithm to help the Facebook-owned social network soar past 600 million monthy active users, fueled by loads of changes and additions such as bookmarks, likable comments, and zoom and tagging capabilities, livestreaming, and Snapchat-like Stories.

The new high in monthly active users comes only six months after reaching 500 million users, an accelerated rate that proves the social network is still growing at an increasingly rapid pace despite its enormous user base.

While Instagram's new algorithm was controversial at first, it appears it's only helping the picture- and video-sharing network retain and recruit users.

How high do you think it'll go? 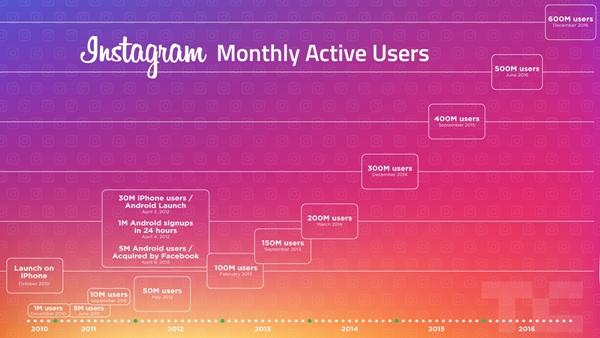 4. Vine's not completely dead after all

Hardcore Viners shed tears when news broke in October that Twitter was to shutter the looping-video social network, but now it appears they have something to celebrate. In January, the app will be transitioned into a pared down version called Vine Camera, which will still enable users to create 6.5 second looped videos to share on Twitter or save on their phones.

Vine users will be able to migrate their followers to Twitter, and they will still have time to download their vines before Vine Camera launches. Sometimes we think Twitter's flying by the seat of its pants. What do you think of the new strategy? 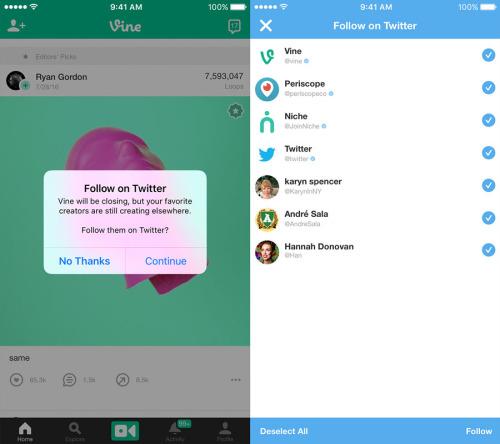 Twitter is not only changing its approach for Vine, but also apparently questioning its own identity. Several users have reported receiving news alert push notifications from the social network for both the Electoral College vote for Donald Trump as well as the Berlin Christmas Market terror attack.

A Twitter rep confirmed that the social network has been testing push notifications for months, and not just for breaking-news stories. Whatever the test could amount to, it might be Twitter's last chance to decide what it wants to be, and how it's going to prove to investors that it can become that.

Just got a breaking news push alert from Twitter. Haven't seen that before. pic.twitter.com/cvE6LYgW3I

Group voice calls are among the newest additions to Messenger on desktop (calls have been available in the app since April), and they could easily become a recognized and viable alternative to Skype and traditional conference calls, given the social network's enormous user base.

Now add to that the launch, a few days later, of "the most requested Messenger feature ever—the ability to video chat in groups," and you've got quite the challenge to Skype.

Messenger's Group Video Chat is now being rolled out worldwide to Android and iOS devices and the desktop version.

The move away from simple text, toward photos, voice, video, and other rich media, shows just how intense the rat race between messaging apps has become. With WhatsApp also in its portfolio, Facebook appears to be taking an "all of the above" approach to ensuring its dominance in the messaging app arena. 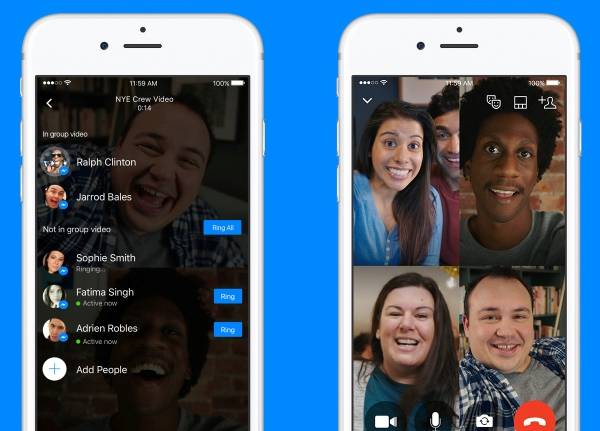 Twitter may have just become a little bit less useful for your lead generation goals, with the social network phasing out its ads—or "cards"—that request users' personal information such as names, Twitter handles, and email addresses.

Twitter introduced the ad format in 2013, but quickly fell behind after Facebook mimicked the ads with its own in 2015 that gathered even more details from consumers. Twitter's lead generation ads will officially end on March 1, 2017. 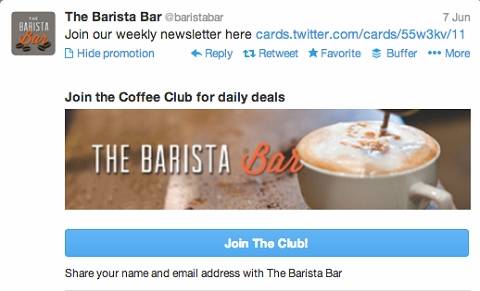 8. Instagram introduces a way to save posts for later

Facebook domination seems to be a trend this week, with more updates from its acquired set of social networks that take a stab at competitors. Instagram introduced a bookmarking functionality for users that allows them to privately save posts for later by selecting a simple bookmark icon that appears beneath each post.

Pinterest should take note, as collecting a photos and ideas for a private "pinboard" is the social network's core offering that attracted its own user base. The Instagram update is already live for iOS and Android users, and it will be rolling out to Windows phones soon. (That might be the first time we've written "Windows phones" in a SocialSkim update!) 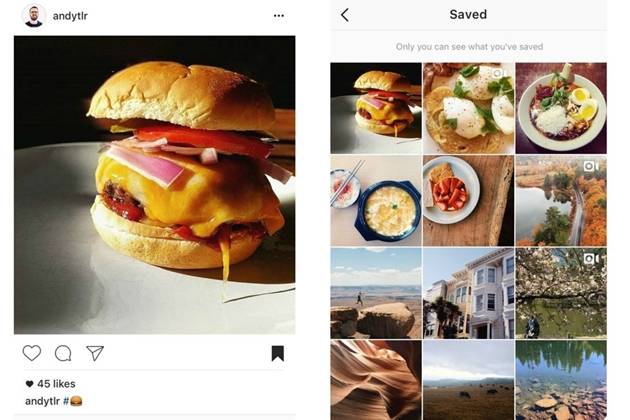 9. Snapchat has pretty much tried to acquire everything

Little did we know, but while we've been obsessing with Facebook and Instagram, Snapchat has been on its game trying to acquire companies that produce drones, wearable cameras, and even virtual reality applications. Although no new acquisitions have been announced (probably because it's still a private company), the talks fall in line with Snap Inc.'s new mission statement, which describes it as "a camera company."

The secretive app has held talks with Lily Robotics, which could help solve Snapchat's selfie problem since the robotics company's core product is a drone that users can throw into the air and let it seamlessly follow them around. As one investor summarized Snapchat's acquisition efforts: Every augmented or virtual reality startup he approached had already spoken with Snapchat six months earlier.

10. Instagram Stories launches stickers based on location, emojis, and seasons

What may have been the final element missing from Instagram's take (ahem, copy) of Snapchat's Stories, has officially come to fruition this week with the introduction of location and season-based stickers.

With Instagram's latest update on iOS and Android, users can now overlay stickers according to their location, the weather, the holidays, or chose from the entire library of emojis that exist already on the platform.

The contextual stickers give brands and users new ways to customize their Stories, proving the social network is certainly out to give its fans even more reason to leave Snapchat in the dust.

Starting today, you can add stickers to your stories! ?? https://t.co/JQgae1SSXk pic.twitter.com/hueVO0SW1N

TalkWalker brought together eight leading social media minds to discuss what trends companies need to be aware of as they transition into 2017, and their advice is certainly not to miss.

Watch for social network's power to grow even more, the fight against fake news to really take off, social networks to jump full-force into social messaging, and increased targeting and integration capabilities.

Check out the full article to see why the experts say social storytelling will get new life, how virtual reality will meet social, and how brands will need to focus on gaining users' trust and selling.

Do your brand's Instagram posts follow best-practices, and do the hashtags you use serve you well? With 28% of the American population on the social network, and more than 300 million daily active users around the globe, you'd better make sure they do.

A handy infographic from WebpageFX shows just how important of a tool Instagram has become, and provides some insights and best practices to make sure your company is taking full advantage of the platform. Happy Instagramming! 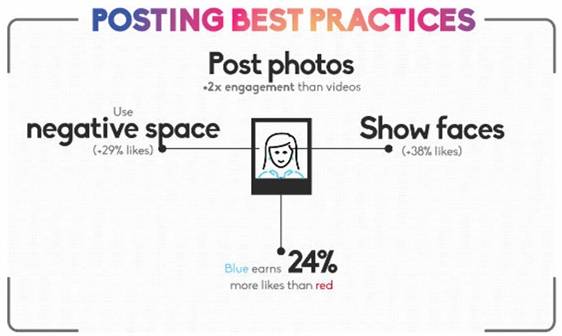 13. We'll wrap with the dismays cause by auto-playing videos

The murder of Russia's ambassador to Turkey by a Turkish policeman was unavoidably broadcast live on television during a press conference, but many social media users were later exposed to the moment of the killing in a way that should have been totally avoidable: social media video set on autoplay.

The video played automatically in users' feeds around the world, not giving them a chance to opt out of viewing the graphic event.

Studies show that exposure to violent content can cause symptoms similar to post-traumatic stress disorder (PTSD) and desensitization, among other effects. Some users took note with some negative feedback to social networks, but the good news is that Facebook and Twitter have ways for users to disable autoplay videos.