This week's 'Skim is all about expanding audiences: Facebook is soliciting original TV-like series, and it's changing its algorithm in a way that devalues Likes; Pinterest sneaks in a new Web extension that lets users search the platform from any website; the reason NBCUniversal just invested $0.5 billion in Snapchat; how to use video on LinkedIn; the best digital channels for generating B2B leads; and much more...

Skim for this week's roundup of all things social media!

The Wall Street Journal reported that the social network is soliciting pitches for 30-minute television-like shows across six genres, including science, lifestyle, and sports. This is apparently part of Facebook's latest attempt to tackle the TV market after the announcement of its dedicated set-top TV app just weeks ago.

Facebook has refused to comment on the report. WSJ suggests the social giant is looking for weekly series, and it's willing to pay for some shows—particularly scripted content.

Though Facebook could be gearing up to take on behemoths like Netflix, which is slated to spend $6 billion on premium content this year, a better bet is that it's simply putting feelers out to expand revenue streams.

See something you like somewhere online other than on Pinterest? No problem. The pinboarding social network has released a Pinterest lover's dream Google Chrome browser extension that lets you save any image found online and ask Pinterest to surface photos of similar items using its image recognition software.

Users will be redirected back to Pinterest when they select one of the results, which means the social network could increase its website traffic.

But the move comes with challenges, as brands can opt out of enabling the extension on their websites to avoid Pinterest's "stealing" their leads. And Pinterest must convince users to not only use Google Chrome as a Web browser but also download the new extension.

3. NBCUniversal just invested $500 million in Snapchat, and here's why

The company bought shares of Snap Inc. at $17 before they traded on the open market, and those shares were trading at $22.07 at press time. NBCUniversal signed a one-year lock-up, so it cannot sell the shares for now.

Attention, the Facebook algorithm has changed once again, and now your social media team might want to double down on efforts to encourage users to use Reactions other than simple Likes. That's right, the social network reworked its algorithm to give more weight to Reactions including Love, Haha, Wow, Sad, and Angry than Like.

Facebook claims that these alternative Reactions provide a deeper indication of engagement among its users, and increased use of them on your brand's posts means they'll garner more visibility in users' news feeds.

Facebook now ranks your ???'s above your ??'s https://t.co/D7kQuQemlQ pic.twitter.com/sizJwd0Fh9

Last week the video network, a premium YouTube competitor, added the ability for users to upload and view 360-degree videos. That's no front page story these days, but the company's done something Facebook and YouTube so far haven't: opened up a marketplace for content creators to sell—and users to buy—virtual reality (VR) experiences.

360-degree videos serve as the basis for VR, and Vimeo's new feature allows its users who pay for Pro or Business memberships the ability to rent, buy, or subscribe to these videos through its On Demand service.

Though Facebook and YouTube are in the game, hoping to put 360 and VR in the hands of everyone, Vimeo is taking an approach that could hit dedicated filmmakers and brands with greater incentive to join the VR game.

Facebook is ready to harness the power of its enormous collection of user data to take on the likes of Foursquare. The social network is now aggregating the data provided by users when they check-in to curate "City Guides" that display not only what your friends did when they were there, but also data from locals for a look at the most popular, highly-rated spots in town.

The feature, still limited in rollout, provides bookmarking options for users to save ideas for later, and also combines with Facebook Events, meaning users can not only plan their trips with the typical tourist to-dos', but also see what concerts or festivals might be in town while they're there. It's a wealth of information for users with well-traveled Facebook friends to consult, so get to it! 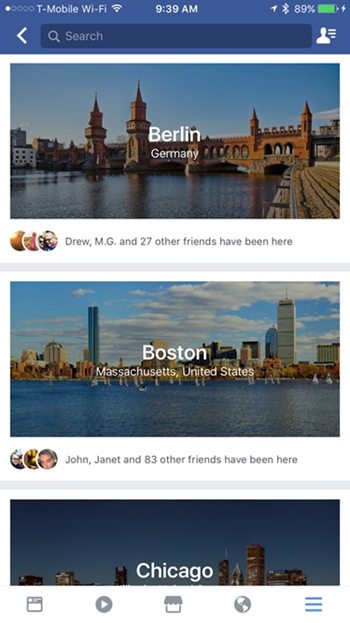 7. The New York Times decides to publish all the tweets that're fit to print

Social media has "officially" made its way into big league printed headlines. The New York Times is beginning to feature notable tweets in its redesigned pages' new Spotlight section. Unlike many other social networks, Twitter has arguably served as a platform for journalists and political figures, and many NYT journalists share their stories with the world in 140-character tweets.

The paper will include tweets from journalists in an effort to make print and digital work more seamlessly together and paint a more accurate picture of a story. What do you think about this approach? Do tweets have a place in the spotlight? 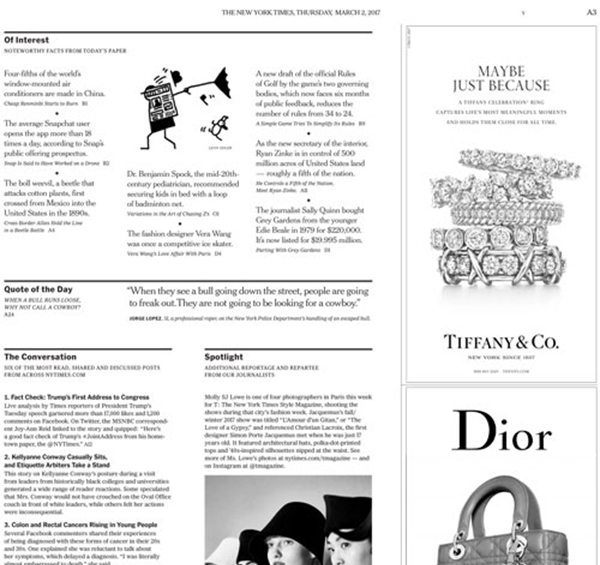 8. How to use video for LinkedIn

LinkedIn might not have introduced livestreaming or made a big push for video content from publishers and users like the other big social networks have, but that doesn't mean video can't help your brand stand out on the platform. In fact, LinkedIn provides three areas for video use: your profile, LinkedIn Publisher, and updates.

From adding videos to your brand's updates to increase engagement, to including them in Publisher posts to help them stand out in the flood of stories from other companies, hare are hot tips for using video on LinkedIn.

9. What your marketing team should know about Facebook user engagement in 2017

A study of over 25 million posts has found that three major changes to Facebook's algorithm in 2016 made engagement rates increase after a seven-month period of decline. Those changes had centered on making the platform more consumer-centric and less a playground for brands.

The tweaks included promoting Facebook Live broadcasts, punishing click-bait articles by pushing them out of the News Feed, and prioritizing content from friends and family over content produced by brands.

User-generated content garnered 6.9 times the engagement of brand content, which explains why many brands now look to influencer marketing to make up the difference. If your digital marketing team hasn't yet accounted for these shifts, it's time for your Facebook strategy in 2017 to also shift.

Where does social media come in amid B2B brands' preferred channels for driving leads? How does LinkedIn hold up against the crowded field of email marketing, whitepapers, webinars, and blogs? Recent research from DemandWave attempts to answer those questions and more. We've summed up key takeaways below, but be sure to check out the full results. 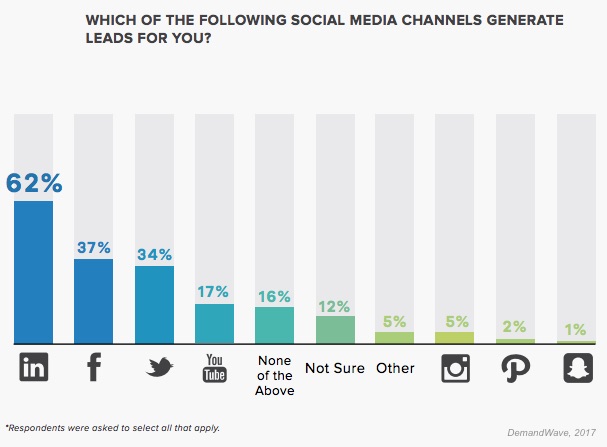 Last week, WikiLeaks decided to unload thousands of CIA documents explaining how the agency might be spying on American citizens through their smartphones and smart TVs—and Twitter served as the social media hotbed for reaction and commentary.

From WikiLeaks itself to infamous former NSA contractor Edward Snowden and the CIA itself, key players and users alike brought the hacking dump, dubbed #Vault7, to a top trending topic on the platform.

Twitter seemingly continues to play a more significant role in current events and news than other social networks do; the company's repositioning as a news app might just help it find its feet amid all its trembling. And there's something about tweetstorms that people just seem to like.