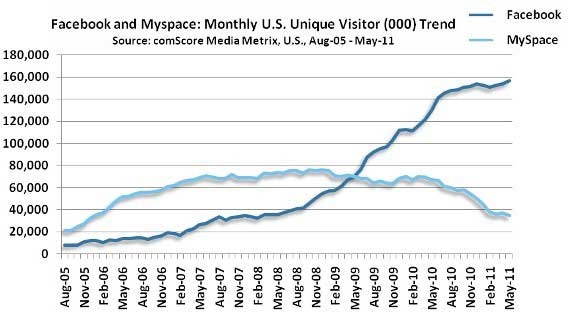 MySpace, meanwhile, continued to lose audience share during the month, to 34.8 million unique visitors. Although the site still holds the No. 2 spot among social networking sites, MySpace audiences have fallen nearly 50% from May-2010 levels, while average user engagement has dropped 85%.

Once synonymous with leading-edge music and pop culture, MySpace reached its peak in December 2008, attracting 75.9 million monthly unique visitors in the US.

Beginning in early 2009, however, the site began to hemorrhage roughly one million users per month, and has since declined to early-2006 audience levels.

Below, a historical timeline of the growth of MySpace and Facebook using comScore data, compiled by Business Week for its cover story, titled "The Rise and Inglorious Fall of MySpace," June 22, 2011: 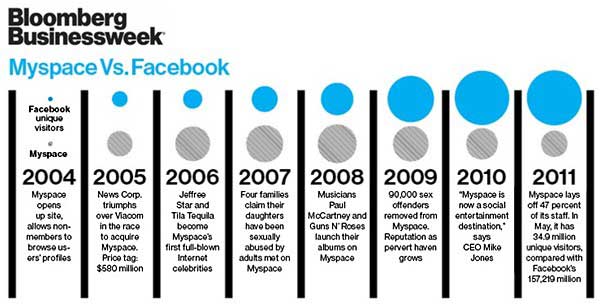 But even Facebook, which now reaches roughly 73% of the total US Internet population, is not likely to grow indefinitely, writes comScore in its blog post: "The law of large numbers says that once a site has penetrated the majority of a market, each incremental user becomes that much more difficult to attract."

Instead, Facebook's future US-based growth is more likely to come via increased use (engagement) per visitor rather than via new user accounts—a trend already apparent: On average, visitor engagement has grown from 4.6 hours to 6.3 hours per month in the previous year.

Several other players in the social networking category reached all-time US audience highs in May: 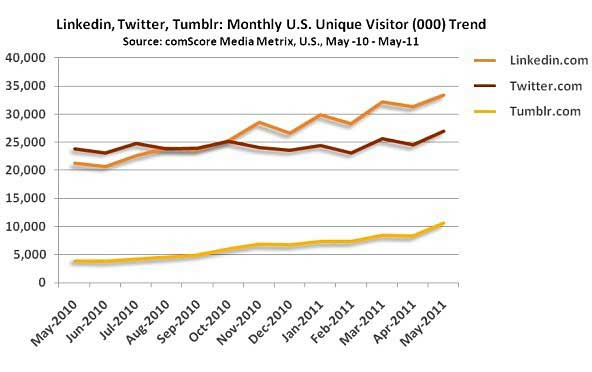 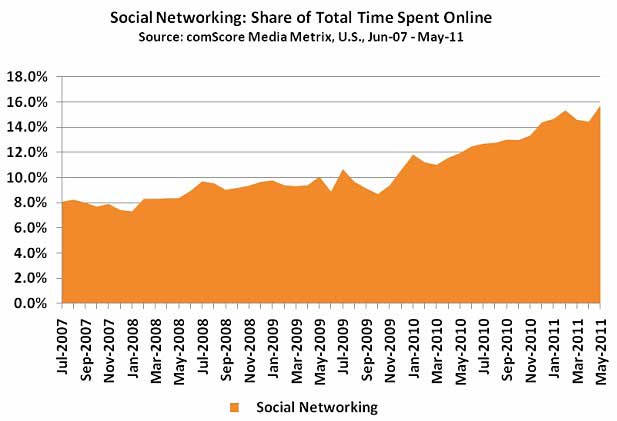