LinkedIn is now the second most popular social networking site in the US: Traffic to the professional networking website grew 63% year over year (YOY) as of June 2011, inching past MySpace for the first time, according to data from comScore Media Metrix.

Below, other findings among selected social networking sites in June 2011: 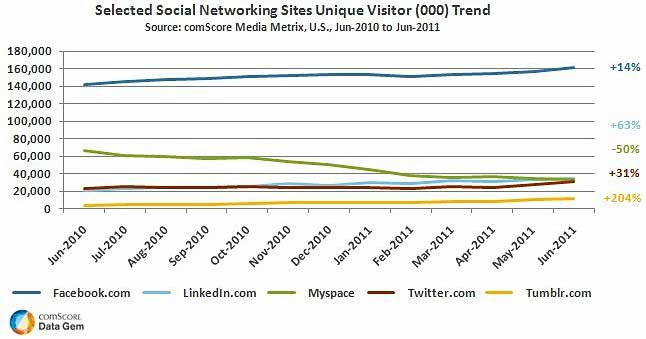 Meanwhile, traffic to MySpace fell 50% over the 12-month period.

In addition to its growing presence in the US, LinkedIn, which began to trade publicly on May 19, 2011, continues to expand its international footprint. In June 2011, the company launched Russian, Turkish, and Romanian versions of the site, bringing the number of languages it now serves to nine, including English.

Below, other interesting stats from LinkedIn: