Young adults are more likely than older adults to use major social media sites, while women, African-Americans, and Latinos are most likely to use Twitter, Instagram, and Pinterest, according to new data from Pew Research.

Among major social media sites, Facebook is the most popular: 67% of online adults in the US use the social network. 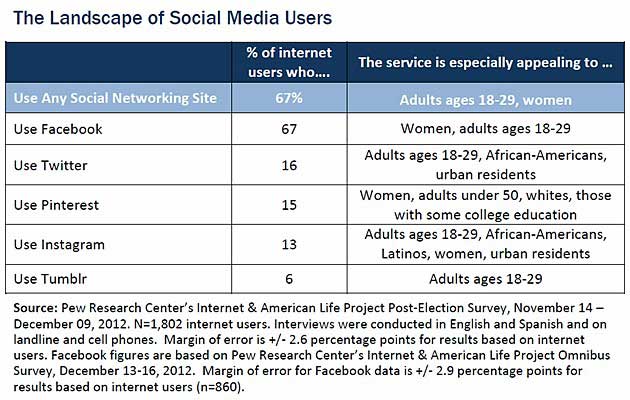 Overall, Internet users under age 50 are more likely than older adults to use a social networking site of any kind, and those age 18-29 are the most likely of any demographic cohort to do so (83%).

Below, additional findings from The Demographics of Social Media Users—2012, a survey by the Pew Research Center's Internet & American Life Project, which studied the demographic composition of users of various social media services.

Some 16% of online adults use now use Twitter, double the proportion of Internet users who did so in November 2010. However, Twitter adoption varies dramatically by age and ethnicity: 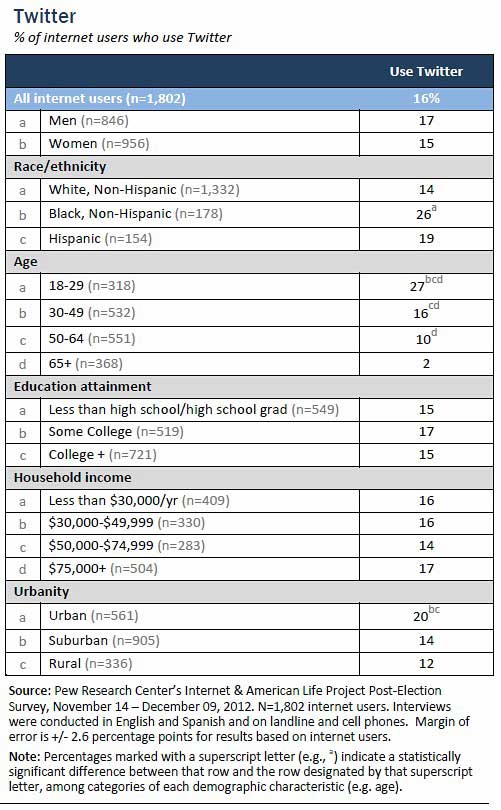 Pinterest, a site that allows users to organize and share content from around the Web by "pinning" photos and images into "pinboards," has attracted 15% of online adults; among those users: 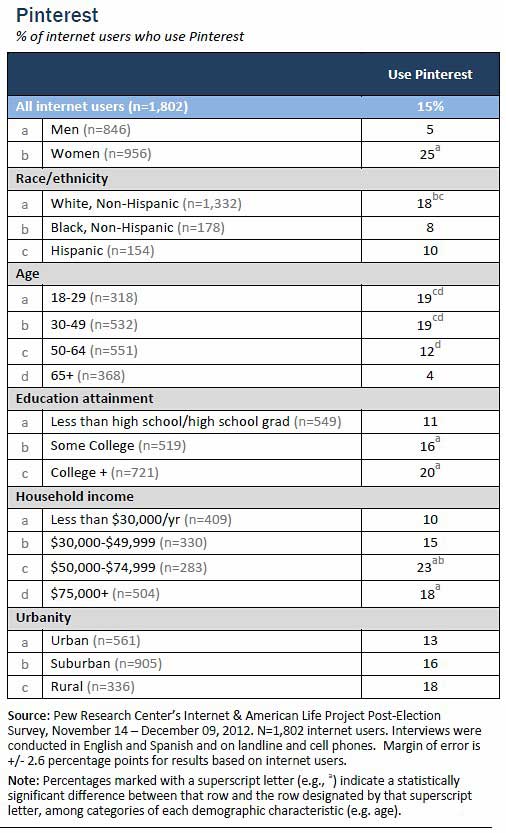 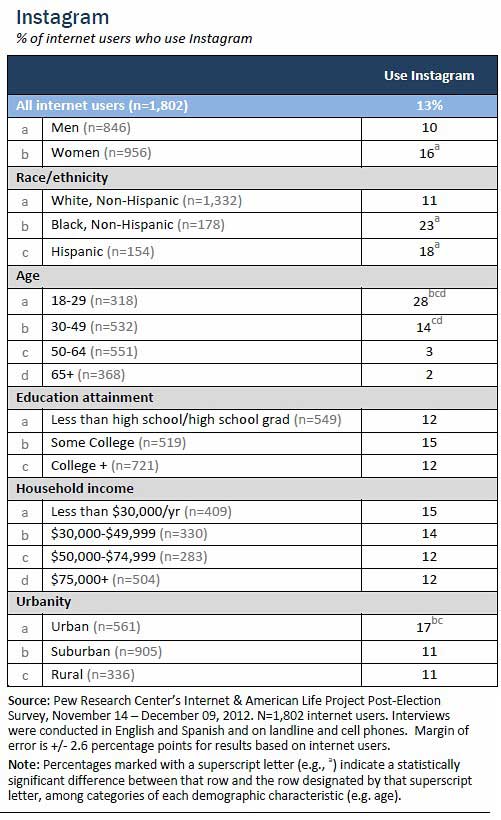 Facebook remains the most popular social networking platform with 67% penetration among online adults. Younger people and, to a lesser extent, women, still dominate the site: 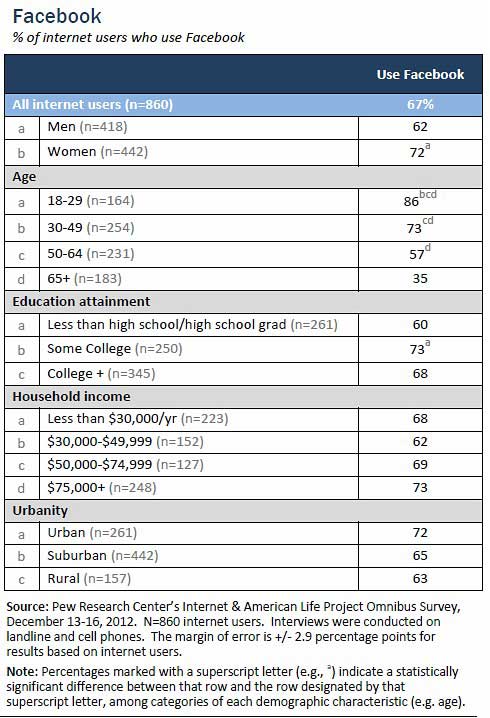 Only 6% of adults online use Tumblr, a social blogging service that allows for easy sharing of various types of posts, including text, photos, quotes, links, music, and video.

However, Tumblr is more popular among the youngest cohort: 13% of those age 18-29 use the site. Also, with its younger audiences, Tumblr tends to attract adults with lower annual incomes, Pew found.

*Note: Figures on Facebook use are taken from a separate Pew Research Center survey titled "Coming and Going on Facebook."

About the data: Findings are based on a survey of 1,802 online adults in the US, conducted by Pew Research Nov. 14 to Dec. 9, 2012 via landline and cell phones in English and Spanish. The report was authored by Maeve Duggan, research assistant, and Joanna Brenner, Web coordinator, both of Pew Research Center's Internet & American Life Project, published on Feb. 14, 2013.