Which Social Networks Deliver the Most Engaged Users?

YouTube, Google+, and LinkedIn drive the most engaged social referrals to websites, according to a recent report from Shareaholic.

On average, YouTube was the top performer across all three metrics, Shareaholic found. The video platform's referrals to websites have the lowest average bounce rate (43.19%), the highest pages per visit (2.99), and the longest visit duration (227.82 seconds).

Although Google+ and LinkedIn drive the fewest social referrals to Shareaholic's network, they also bring in some of the most engaged visitors, according to the research:

Additional key findings from the report include the following: 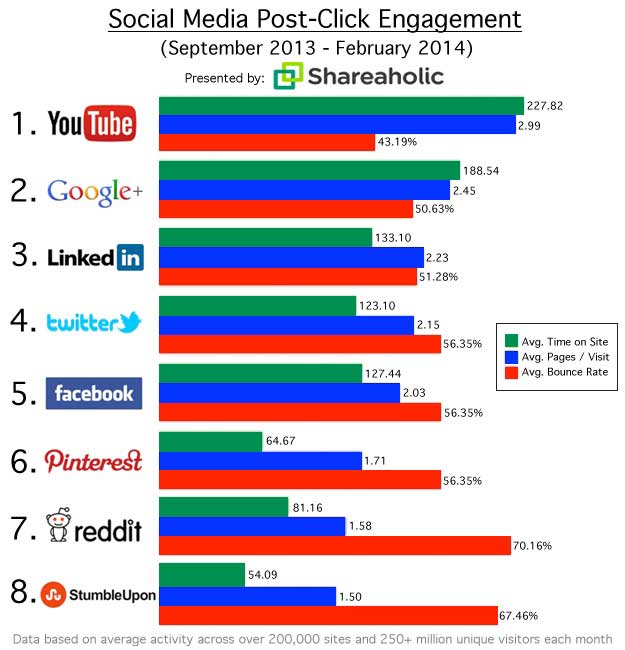 About the research: The report was based on data collected between September 2013 and February 2014 from Shareaholic's network of 200,000+ sites reaching more than 250 million unique monthly visitors.