Facebook was being used by around 80% of the social audience in the US, the UK, and Brazil during the final stages of the World Cup—the most engagement with any social network in all three countries—according to recent data from GlobalWebIndex.

The report was based on data from a panel of people age 16-64 in the United States, the United Kingdom, and Brazil who watched the World Cup and are active on social media.

Respondents were asked at the beginning of the World Cup which networks/messaging services they planned to use during the matches; they were then surveyed at the end of the tournament to find out which platforms they actually used.

Overall, the use of the social networks and messaging services examined increased significantly as the World Cup reached its final stages, GlobalWebIndex found.

Some key findings of the research: 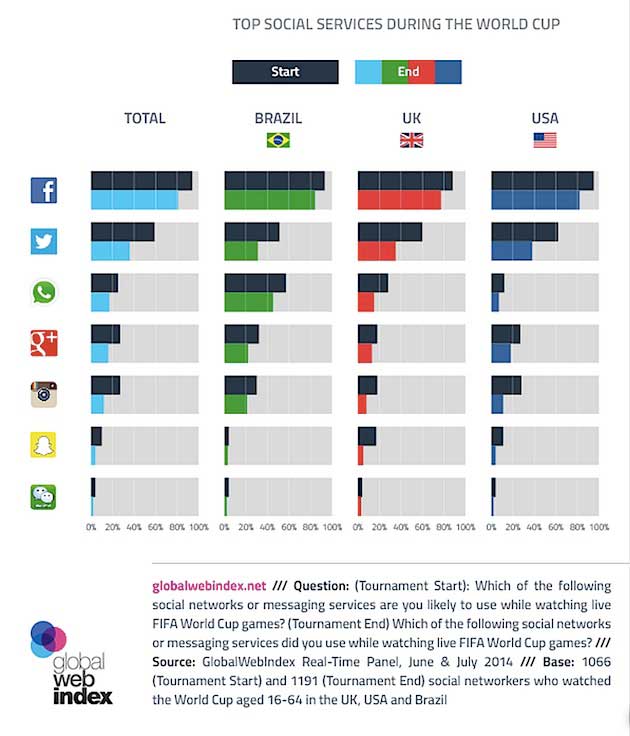 About the research: The report was based on data from a panel of people age 16-64 in the United States, the United Kingdom, and Brazil who watched the World Cup and are active on social media.