Some 38% of B2B technology buyers say they have not seen any content from vendors on social networks in the past six months that influenced a business purchase, according to a recent report from Eccolo Media.

The report, which was the third in a series (part 1; part 2), was based on data from a survey of 100 people responsible for influencing or making B2B technology buying decisions (33% influencers; 67% decision-makers).

Just over one-third (34%) of respondents say they have seen vendor content on Facebook in the past six months that assisted with a purchase, making it the most influential social network with B2B tech buyers. 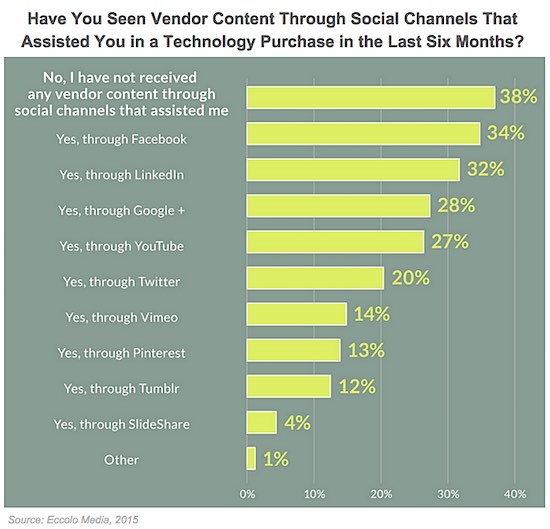 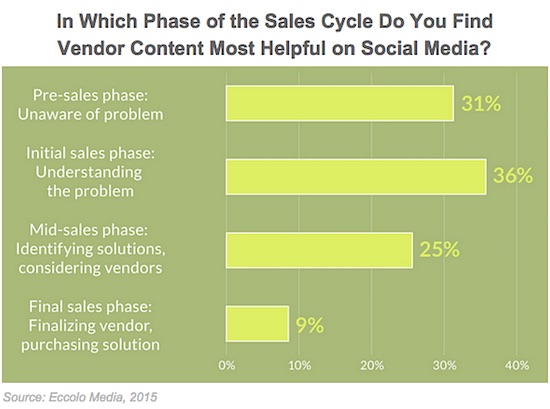 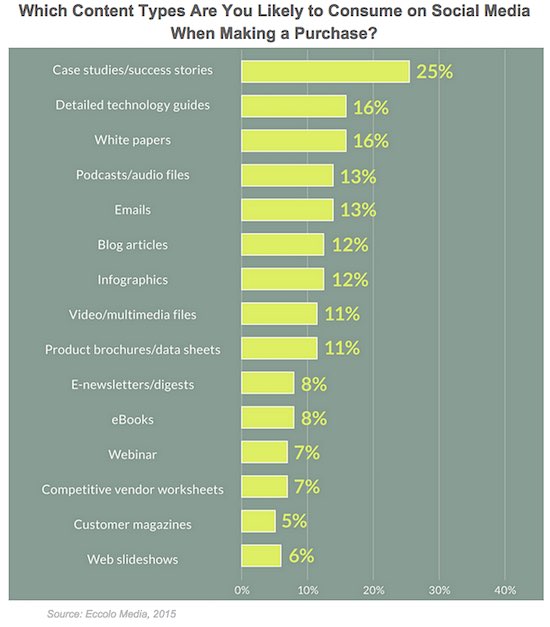 About the research: The report was based on data from a survey of 100 people responsible for influencing or making B2B technology buying decisions (33% influencers; 67% decision makers).