Nearly half (47%) of the content links shared by marketing executives on Twitter come from mainstream media sources, according to a recent report from Leadtail and Neustar.

Most of the content is news and strategy focused, typically covering broad business and technology issues as well as social media trends, the analysis found.

Below, additional key findings from the report, which was based on an analysis of 131,697 public tweets sent in 4Q14 by 1,034 CMOs and other top marketing executives (VPs, senior directors, etc.) at brands and agencies in the United States and Canada.

Forbes was the most shared mainstream media source on Twitter in 4Q14 by marketing executives; the New York Times was second. 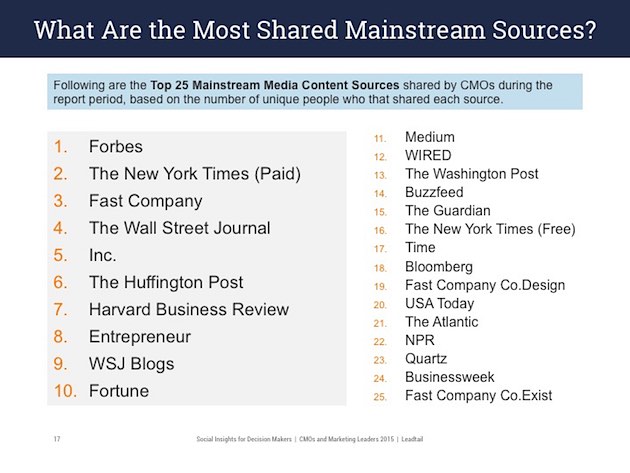 Fast Company was the most retweeted publisher/brand by marketers in 4Q14. 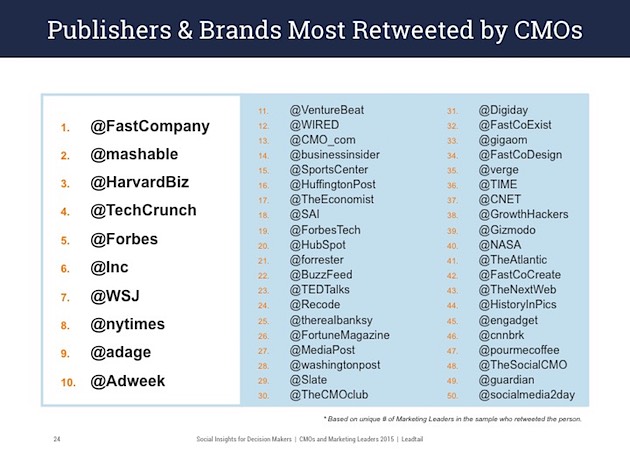 Vala Afshar was the most retweeted person. 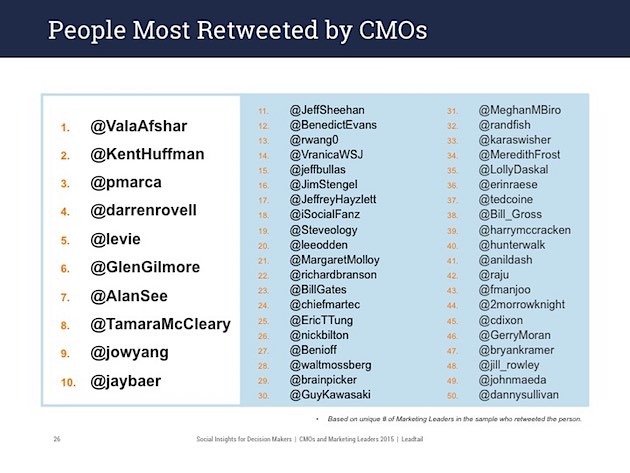 LinkedIn was the publisher/brand most mentioned on Twitter by marketers in 4Q14. 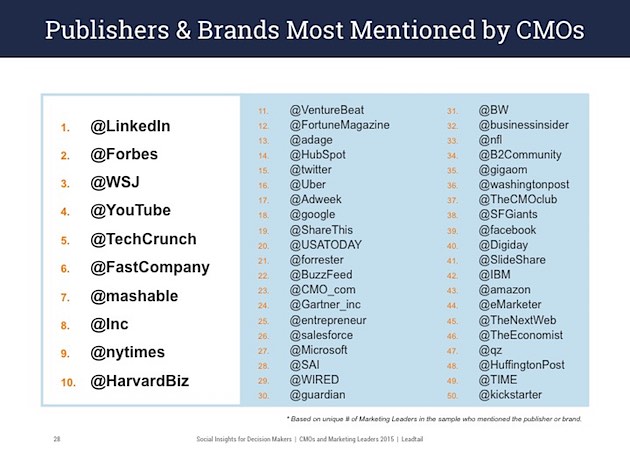 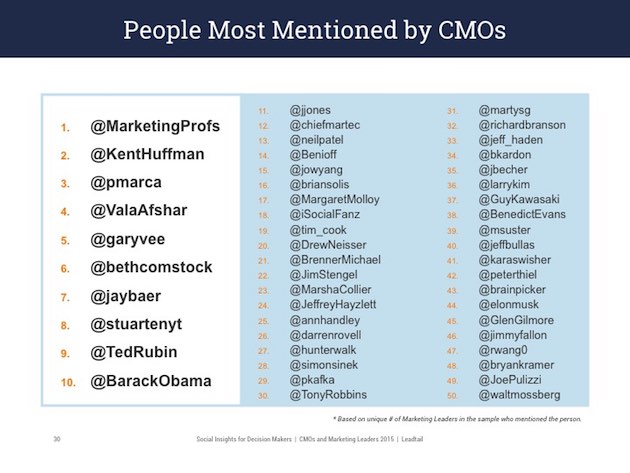 About the research: The report was based on an analysis of 131,697 public tweets sent in 4Q14 by 1,034 CMOs and other top marketing executives at brands and agencies in the United States and Canada.