How Parents Use Social Media

Some 59% of parents in the US who use social media say they have come across useful information about parenting in the last 30 days on online social networks, according to a recent report the Pew Research Center.

Mothers are particularly likely to have found useful parenting information on social media, with 66% saying they have done so in the last 30 days, compared with 48% of fathers.

The report was based on data from a survey conducted in 2014 of 1,235 parents in the United States who use social media.

Some 42% of respondents say they have received social or emotional support from their online networks about a parenting issue in the last 30 days (50% of mothers, compared with 28% of fathers).

Nearly a third (31%) of parents who use social media say they have posed parenting questions to their online networks in the last 30 days (mothers and fathers are equally likely to have done so). 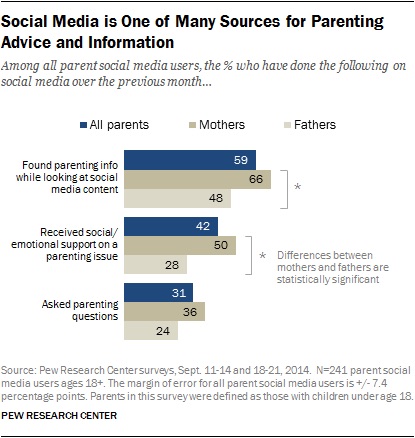 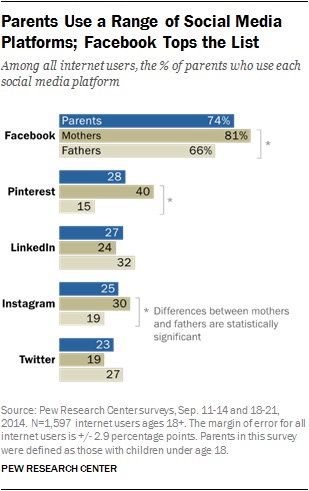 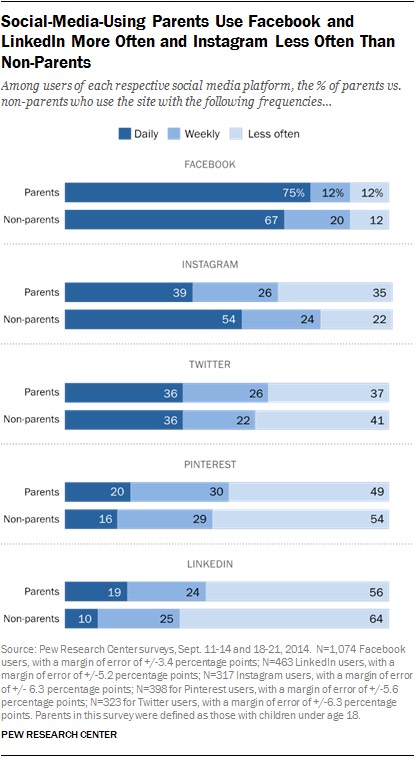 About the research: The report was based on data from a survey conducted in 2014 of 1,235 parents in the United States who use social media.