The Most Active Fortune 500 CEOs on Social Media

Some 61% of Fortune 500 CEOs had no social media presence at all in 2015, which is actually an improvement from the 68% of CEOs with no social presence in 2014, according to a recent report from CEO.com.

LinkedIn is the dominant social media platform for Fortune 500 CEOs, with 32% of executives connecting to other users on the platform, the analysis found. 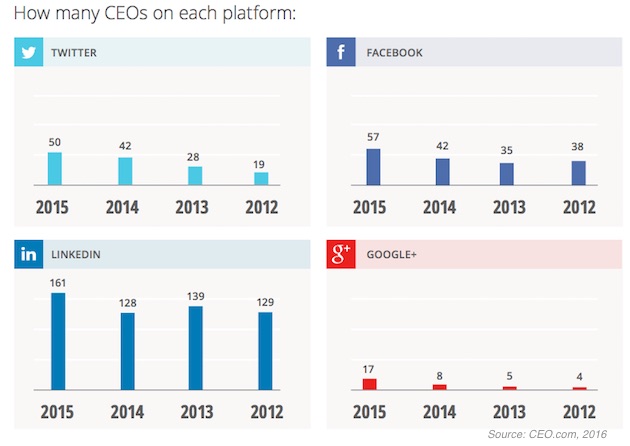 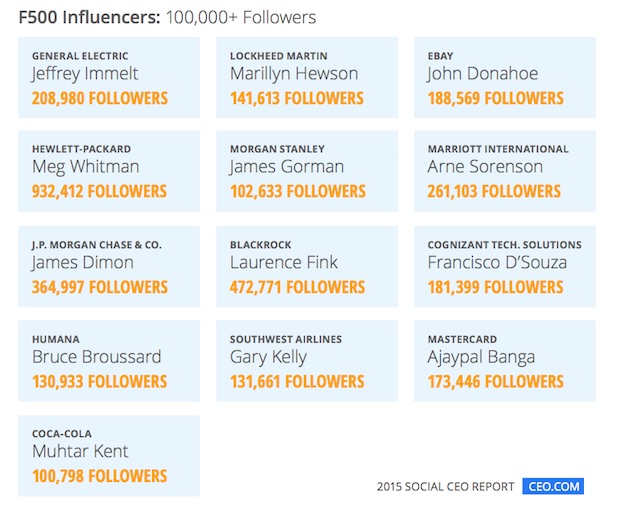 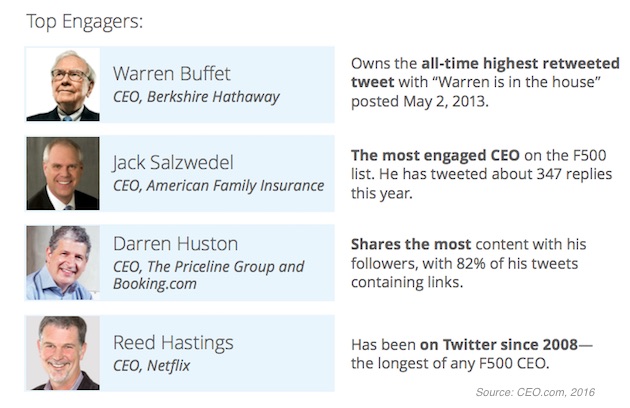 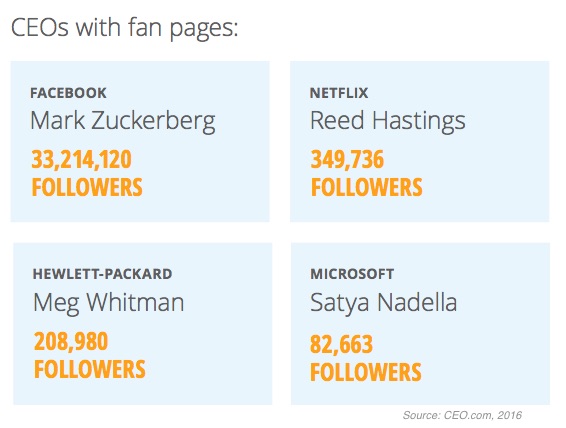