Donald Trump and Bernie Sanders have been two of the most talked about presidential candidates this election cycle by the press, but what about on social media? Which maverick US politician has the most followers on Twitter and the highest number of interactions per tweet?

To find out, quintly analyzed the Twitter presences of both Trump and Sanders through the end of January 2016.

So far Trump is the clear winner in terms of Twitter audience, with 5,940,061 followers; that compares with 1,256,549 followers for Sanders through the end of January. 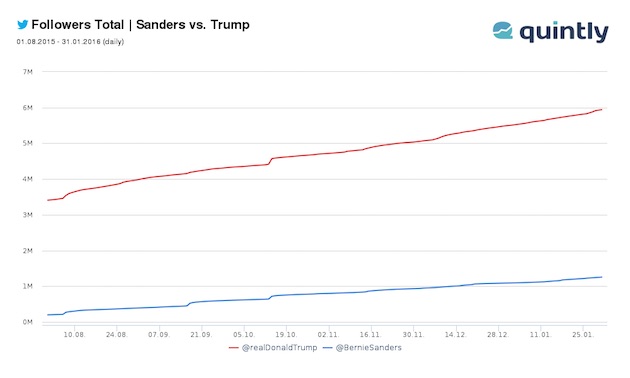 Trump also receives more interactions (favorites, retweets, etc.) per tweet on average compared with Sanders, though the Democratic senator did have a series of more popular tweets in the late fall of 2015. 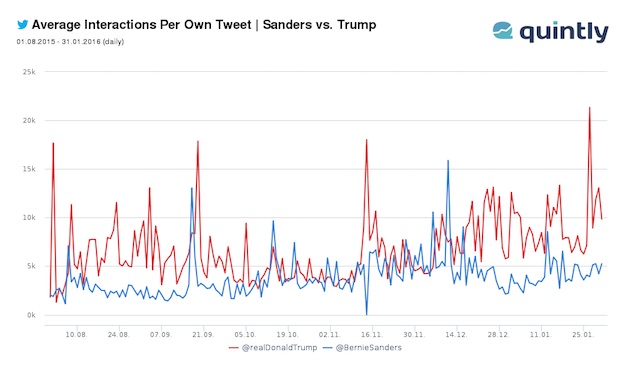 Both Trump and Sanders had a steady increase in the number of people following them on Twitter after the first debates, the analysis found.

The researchers also found a strong positive correlation between the candidates' follower counts and approval ratings (r² = .83 for Trump; r² = .89 for Sanders). 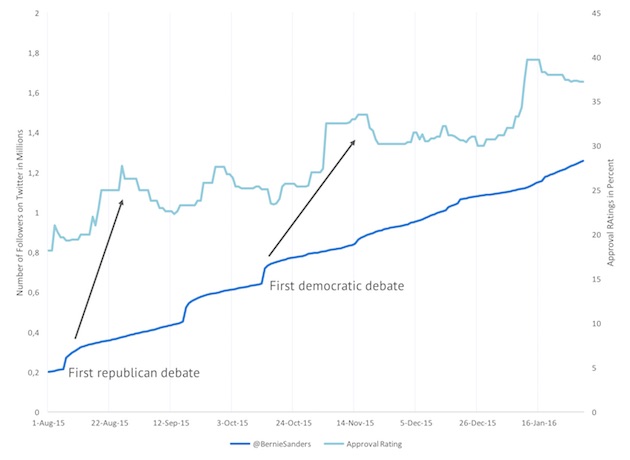 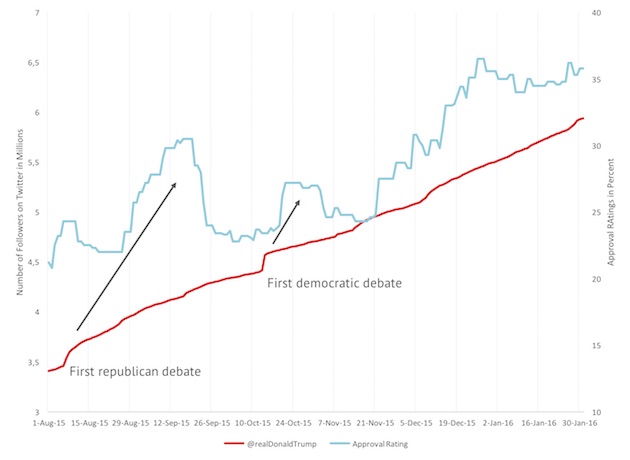 About the research: The report was based on an analysis of the Twitter presences of Donald Trump and Bernie Sanders through the end of January 2016.

Continue reading "Trump vs. Sanders: Who's Winning on Twitter?" ... Read the full article