Just 17% share to address issues they care about, 13% want to evoke an emotional response, and 11% are looking to provide useful information. 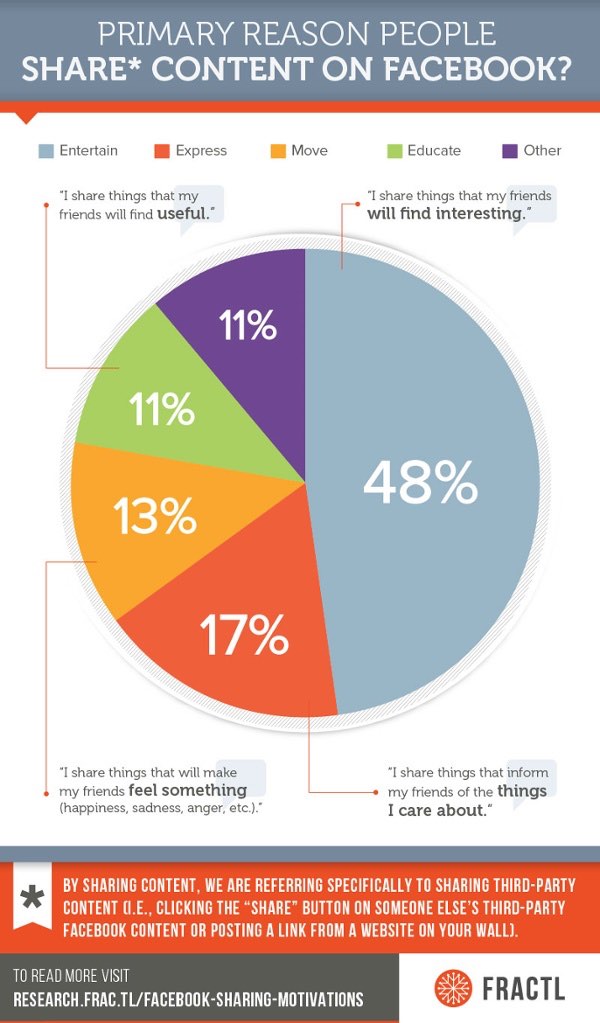 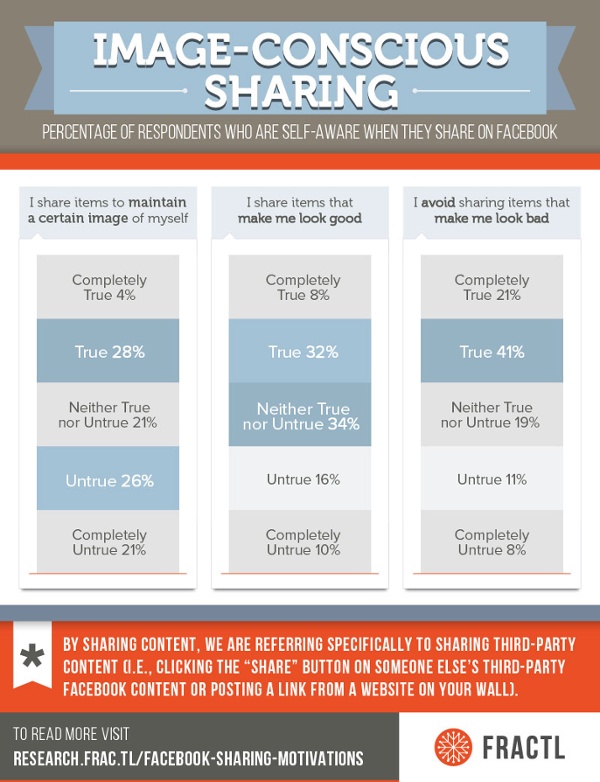 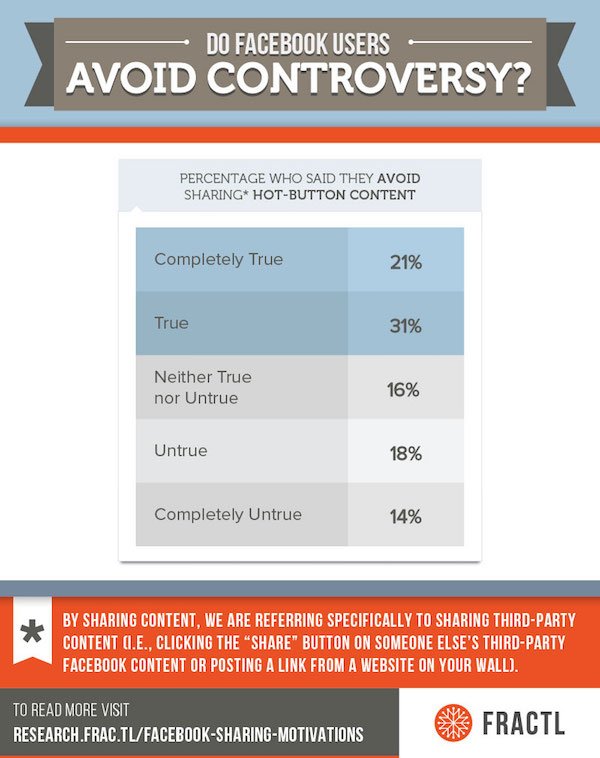 Men are slightly more likely to share something on Facebook in an effort to persuade their friends of their viewpoint. 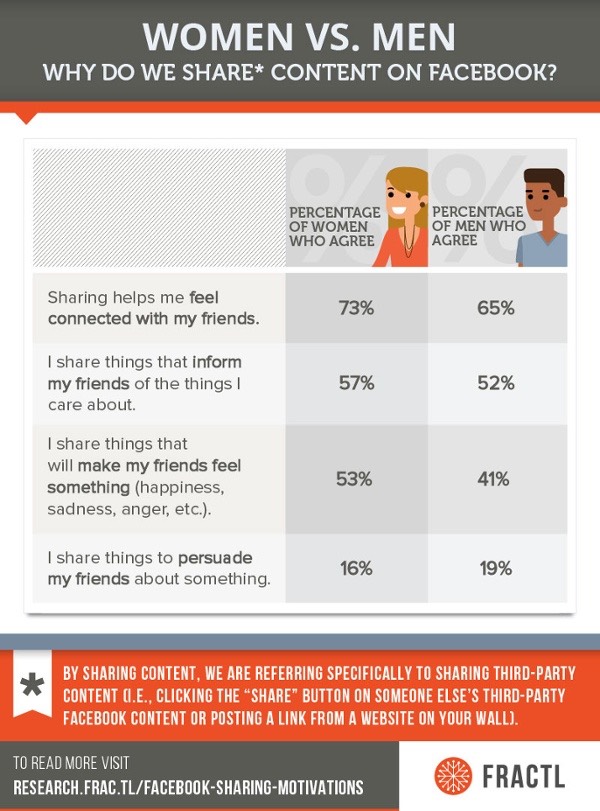 About the research: The report was based on data from a survey of 2,000 consumers.