The State of Social Media in 2016: Platform and Usage Trends

Facebook remains the most popular social network with adults in the United States, according to recent research from the Pew Research Center.

The report was based on data from a survey conducted between March 7 and April 4, 2016 of a national sample of 1,520 people age 18 and older living in all 50 US states and the District of Columbia. The researchers polled respondents on their useage of five major social networks: Facebook, Instagram, Pinterest, LinkedIn, and Twitter. 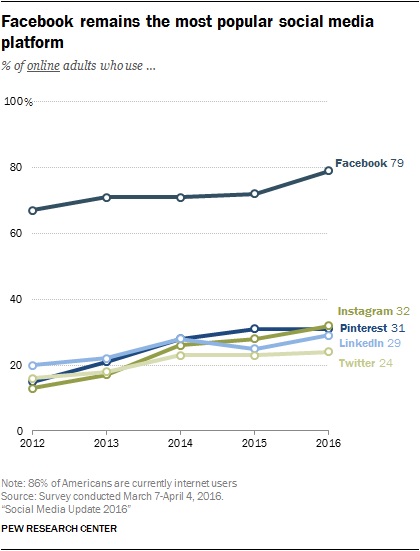 More than three-quarters (76%) of Facebook users say they visit the social network daily (55% visit several times a day; 22% once per day).

Just over half (51%) of Instagram users visit the platform daily, with 35% saying they do so several times a day; 42% of Twitter users are daily visitors, with 23% saying they visit more than once a day. 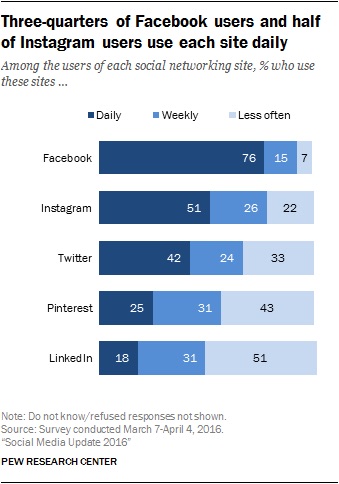 More than half of adults (56%) with Internet access use more than one of the five social media networks examined in the report. 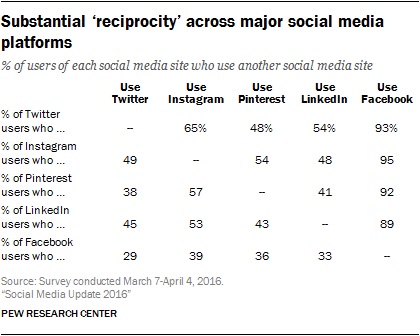 About the research: The report was based on data from a survey conducted between March 7 and April 4, 2016 of a national sample of 1,520 people age 18 and older living in all 50 US states and the District of Columbia.

Continue reading "The State of Social Media in 2016: Platform and Usage Trends" ... Read the full article